THE UNDERWATER MUSEUM IN SPAIN

“It was a massive ball of light swirling between the sculptures – it was really pleasing… Five months ago it was just a barren stretch of land,” says famed British sculptor Jason deCaires Taylor. The massive ball of light Taylor is referring to was a shoal of 5,000 sardines that he saw whirling around one of the sculptures that he had sunk into the seabed off the shores of Lanzarote. The sculpture is just one of 200 pieces that Taylor is using to create the Museo Atlantico in this part of the Atlantic Ocean.

Lanzarote marks the fourth underwater museum that Taylor has built. He created his first underwater sculpture in 2005 in the Caribbean where the former arts graduate was working as a dive instructor. With the help of a marine biologist and local dive centre, he submerged his first work, ‘The Lost Correspondent’ off the coast of Grenada in an area that had been decimated by Hurricane Ivan.

Thanks to corals, urchins and sponges, the piece that he submerged started to be transformed by the sea and Taylor was hooked. One sculpture became two, two became 26 and then before he knew it he had created an underwater sculpture park.  “It started as a site project, but I didn’t think it would lead anywhere,” explains Taylor. “It was more for the exploration of it. It has sort of grown ever since.”

‘Sort of grown’ means that now 10 years later the renowned artist is asked to create works all over the world, including recently in front of the Houses of Parliament, where he sunk four sculptures in The Thames to remind MPs about global warming. And this is the underlying theme of all of Taylor’s work. Whether it’s in The Thames or the Caribbean, Taylor’s message remains the same: “I [hope to give] people an understanding of how incredible the underwater world is, how important it is to try protect it… this is what I’m trying to convey,” says Taylor. He chooses to do it through art as he feels that it will help visitors make more of a connection.

While he still creates land-based pieces, it’s the underwater world that intrigues him the most. “Each ocean, each sea, each coast line is very, very different,” says Taylor. “Different species, different types of water… Possibilities are endless.” 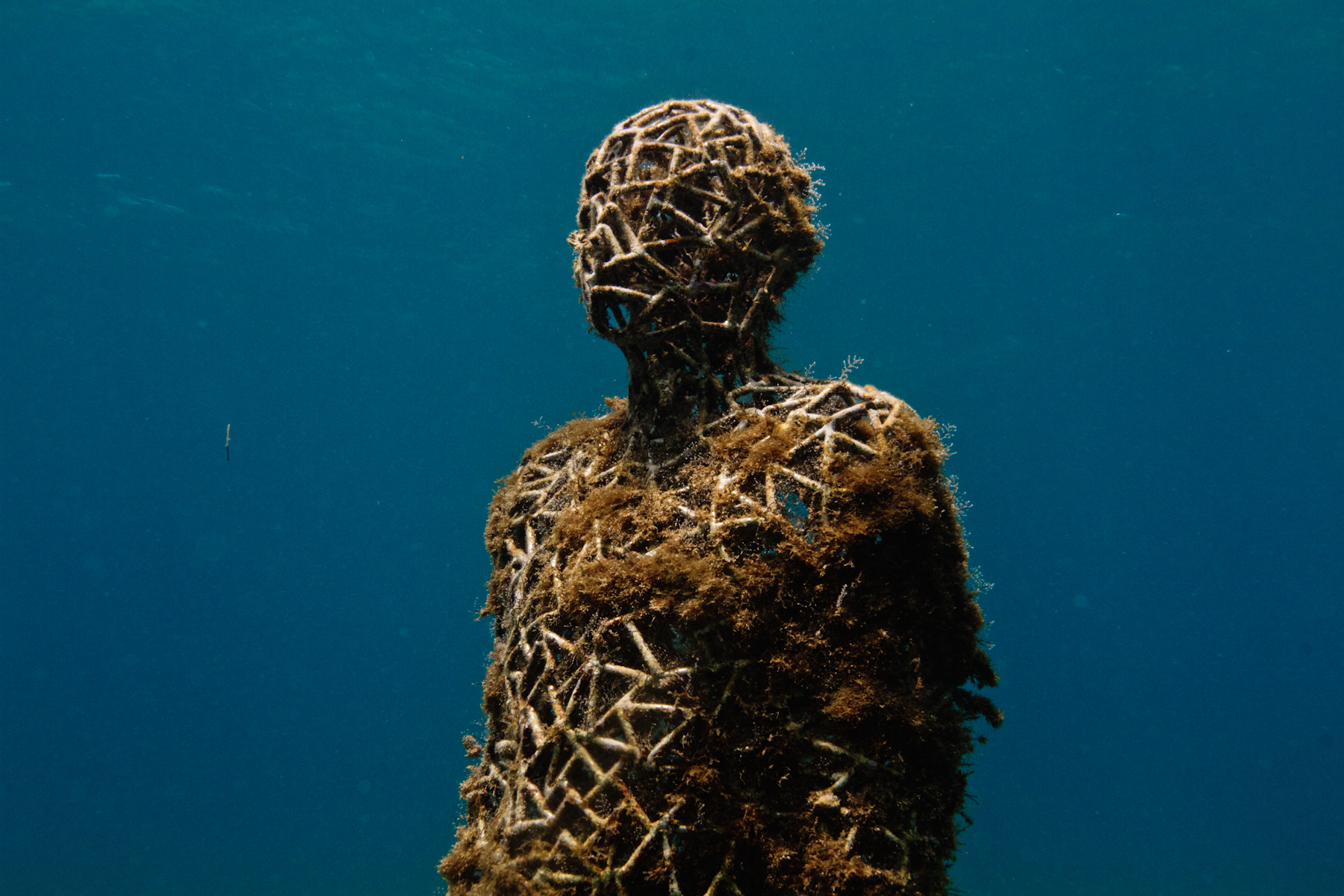 After his success in the Caribbean, Taylor was then invited to create a park in Cancun to help reduce the impact 750,000 divers and snorkelers were having on the natural reefs. The Museo Subacuatico de Arte was so successful it was named one of the top 25 Wonders of the World by National Geographic. From here Taylor moved to the Bahamas where he joined with other artists to highlight ocean conservation, and for this project he placed a 16-foot sculpture on the ocean floor. Weighing in at 50 tonnes ‘Ocean Atlas’ brought with it new challenges, which is why Taylor had to use a digital programme to help him slice the sculpture into sections that could be slotted together under water.

Now he is in the middle of creating 200 works to sink into the Atlantic. By the time of the opening of Museo Atlantico in February, Taylor had managed to submerge 60 pieces off the shores of Lanzarote, now he has until November to complete the museum.

Each piece is made from pH neutral cement that will help attract the coral and provide shelter for fish. The sculptures are also built to last: “They don’t really have an expiration date,” says Taylor. “They are basically rocks [laughs]. However, long a piece of stone lasts, the sculptures will last the same…” 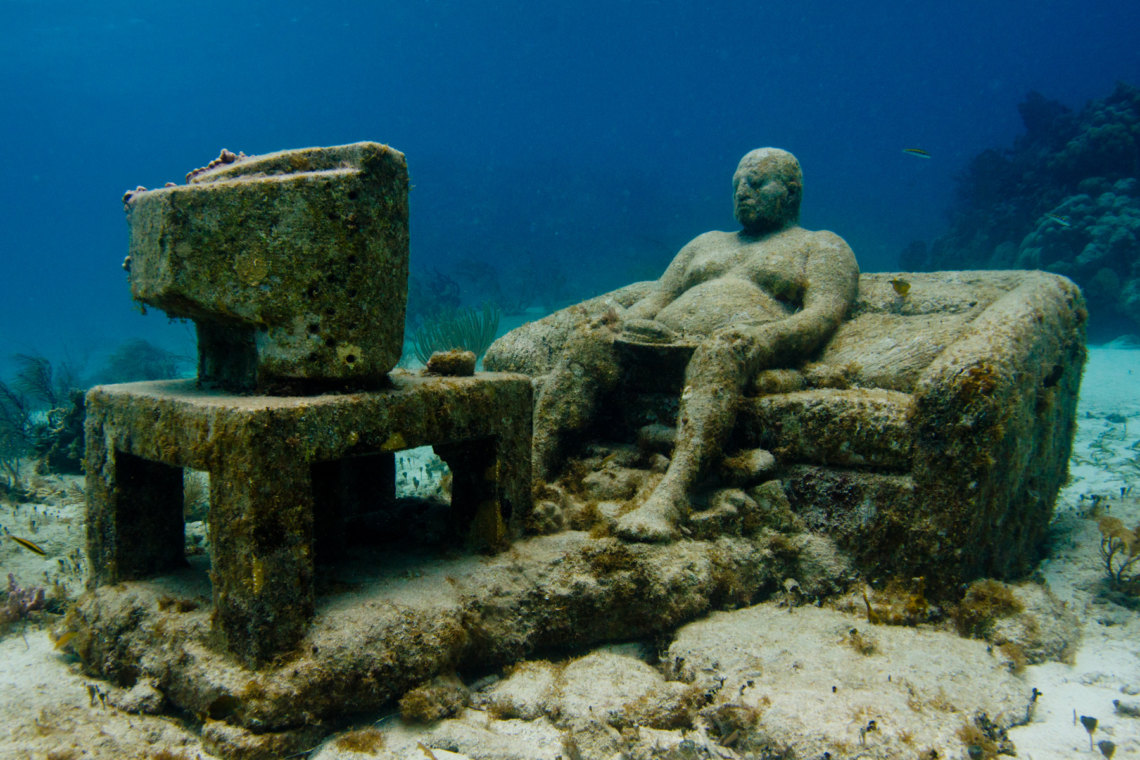 However, like the works in Mexico and the Caribbean, the pieces that he has already submerged have already caught the public’s attention. There’s Rubicon that features 45 people walking towards a fence, and they’re too busy looking at their phones to notice the pending crisis, while The Raft of Lampedusa highlights the migrant situation. He even went so far as to create sculptures of migrants who have recently made Lanzarote their home.

While the plans seem to be coming together swimmingly, Taylor explains some of the challenges that he has to face on each project. Not only does it involve years of research, finding the right spot and applying for permits, but the logistics of trying to move the works from the studio, get them across a moving body of water and then sink them to the sea floor is, he admits, the most stressful part of the operation.

One of the most fun parts of the projects is persuading local members of the public to star in the works. For the piece in the Mexico he invited the local fishermen to model for the sculptures. “It was really interesting working with them, I heard some incredible stories and they have an amazing relationship to the sea,” says Taylor. 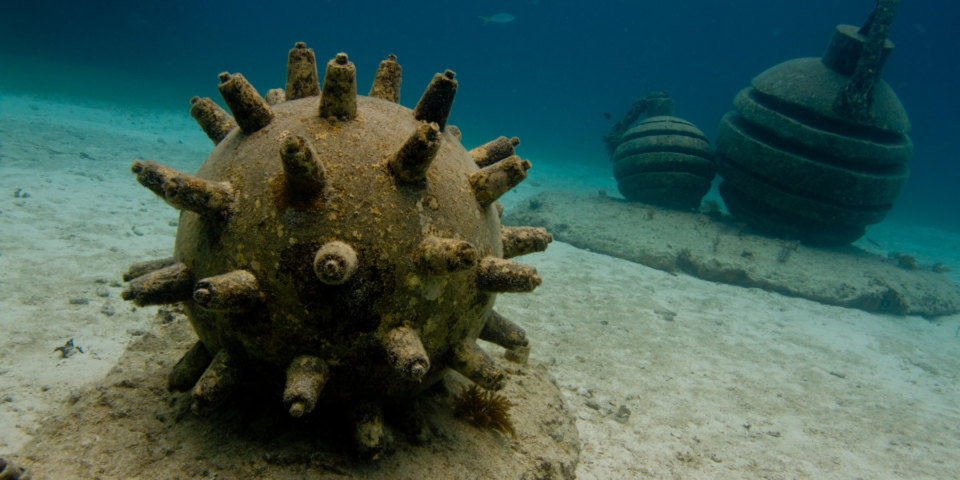 Although encouraging these salty seadogs to be covered head-to-toe in plaster for the mould took some doing. “With all the projects I always find it the same,” said Taylor. “In the beginning, there is a huge amount of scepticism and doubt, but after a few years they start to realise that the pieces have a lot of meaning.” Those same fishermen are now so proud of their works that they are now taking people on tours to show them their own sculpture.

He calls each project a museum, again to help people recognise its worth: “When we go to a museum we kind of understand that what’s in a museum is precious and sacred,” says Taylor. “I wanted to apply those values to an underwater environment. When we visit it, we think of it a place we should cherish.”

Taylor tries to return to his works as much as possible. At Christmas he flew to Mexico to see that hard corals had even made a home of his man-made reef.  But the one thing that Taylor say is the most humbling about the whole process is that once he sinks the sculptures they are not his anymore – as soon as he places them in the water, they belong to the sea. 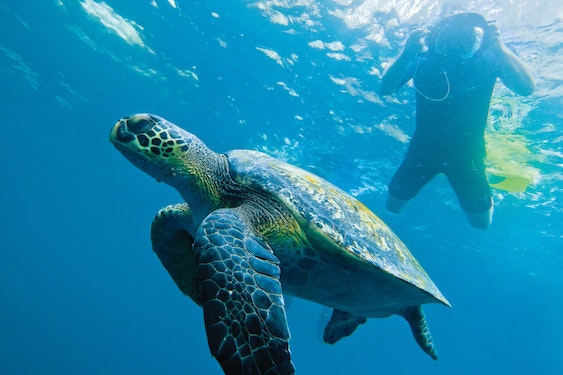 SNORKELLING WITH SEA TURTLES IN THE GALAPAGOS
Read more 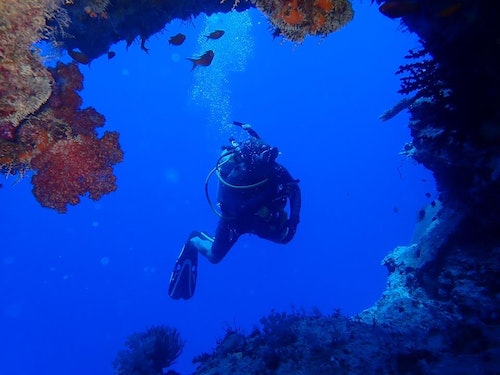