by Lightfoot
The southeast corner of Madhya Pradesh is India at its wildest — and Kanha National Park comes charged with a compelling African twist, says Mike MacEacheran

Across India, there’s a common misconception that honking a car horn speeds up the flow of traffic. Rarely is this ever the case. But on the dusty, cracked roads of Kanha National Park, a corridor of pristine wilderness in Central India, it’s a different prospect. For here, the traffic comes with hooves.

It’s a veiled, misty morning and we’re in the midst of a pulsating safari on the hunt for India’s enigmatic big cat, the pin-striped Royal Bengal tiger. The air is a fug of wood smoke and blown-up dust clouds from our tires and we’re sitting with all the patience of a classroom of fidgety children. Sal forest and monsoon blooms crowd the roadside and between the trees we can spot skittish chital, wild buffalo and swamp deer. I don’t know whether to be a little scared or outright exhilarated.

“Quiet,” whispers park ranger Guru Yadav, as our jeep comes to a halt. The road is fringed by soaring bamboo and ghost trees, their branches skeletal and thin, yet perfectly designed for spotting the national park’s most elusive inhabitant. “The tell-tale signs are twitching ears and warning barks from anxious deer in the meadow,” says Guru, cradling a safety rifle. “Be alert.” 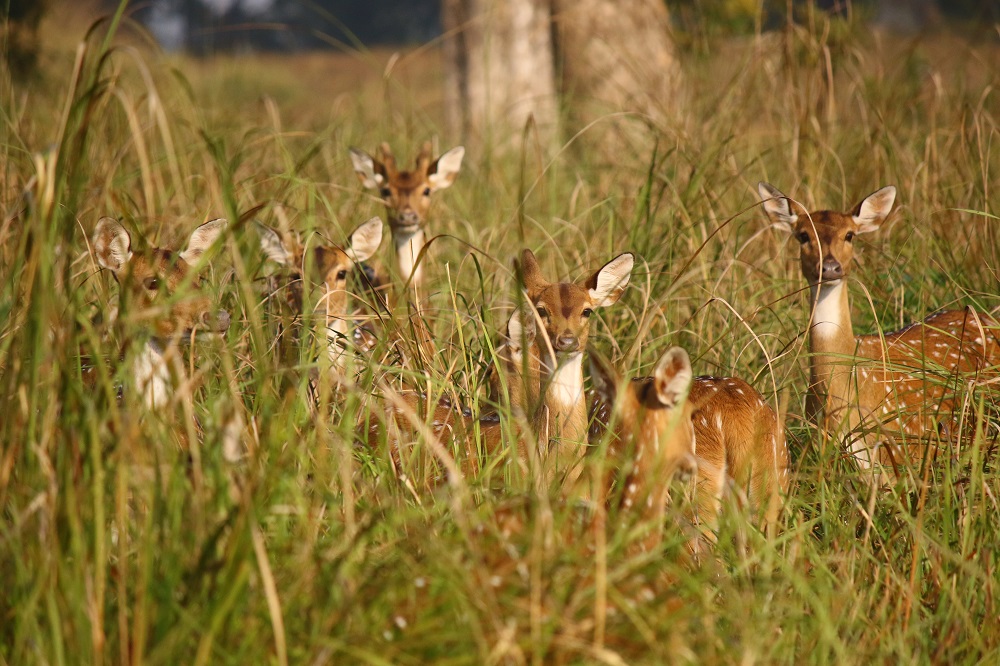 As if a ritual for us to follow, he cocks an ear to listen for rustles in the grass, pointing into the darkness of the trees. Has he seen the stripes of a hunter? Perhaps a sudden movement? Or heard a whisper in the grass?

Despite being the largest national park in India, Kanha lives in the shadow of the subcontinent’s more famous wildlife reserves. To the north is Ranthambore National Park in Rajasthan and further still is Jim Corbett National Park in Uttarakhand. Both in striking distance of India’s main tourist circuit — Delhi, the Golden Triangle and the magnificent Taj Mahal — they are far easier to reach than Kanha. And yet, the rewards are greater the deeper into India you travel.

For Kanha is the marked territory of wicker-basket huts, sleepy villages and the triumphant kopje-style hills and decaying forts of Rudyard Kipling’s The Jungle Book. Apart from the tigers, there are healthy populations of sloth bear, rock python, gaur, langur monkey, black buck and packs of wild dogs.

Our guide Guru first saw a wild tiger in his early teens, when his village came out to pray at dusk to safeguard their cattle, the time when a tiger is at its most ruthless. He was instantly captivated by its penetrating eyes, describing it as a wraith in the grass. “I’ve never lost the thrill of seeing them,” he says. “Every sighting is a blessing.”

With a denser population of tigers than elsewhere in Central India, Kanha is learning how best to manage and protect its prize asset from poachers and traffickers. Figures released this year suggest there has been a sizeable increase in numbers, encouraging campaigners fighting for tiger welfare. Kanha has a growing population of some 131 tigers — up from 75 tigers four years ago — and such vigilance has brought it to the verge of becoming the world’s premiere tiger spotting destination. Sometimes, it’s all too easy to forget India’s big cat population was once close to extinction.

There is more to the park than closer encounters of the furred kind, of course. The journey into the park begins from camps and lavish lodges on the outskirts, where there are swimming pools, canopy tents and — sometimes — butler service. Many are an echo of colonial splendour from a former time, with afternoon tea served on panoramic terraces and tents lit by oil lanterns. Imagine yourself in the late 19th-century and it’s easy to picture Rudyard Kipling walking through with a gin and tonic in hand. 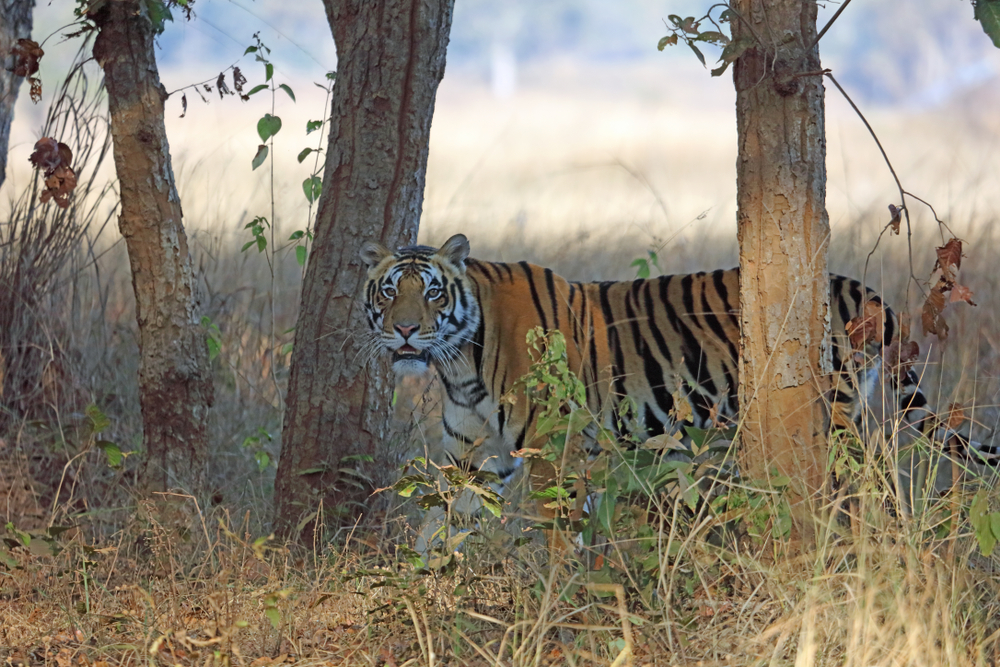 From here, game drives bump and shake you along elementary roads through the thickly-forested buffer zone. Children on rickety bikes cycle past. Sun-wizened men in wrap-around dhotis squat by the roadside. And the paddy fields reveal a snapshot of a country so much of urban India is working hard to forget. Only then do you leave this rural idyll behind and you enter a world of vine creepers, ferns and meadows. Inside, a whole different India awaits.

A bark rings out, echoing across a nearby clearing. It is a male sambar deer, sending its herd into hiding in the now baking sunshine. It could well be a false alarm, Guru says, but as we lurch forward in pursuit, down-then-up a dried riverbed, the anticipation rockets. Above us, the flight of a startled stork signals the forest is on high alert. And then: a brooding tiger steps into view, a lazy look in its eyes.

At first, there is a sense it has been waiting for us all along, as if in ambush. But this is not that tiger. Instead, the female slows to a loll, before stopping completely to lounge in the cool shade of the middle of the road. It lifts its head up, only briefly, as if to say, “You again?”

It is a moment when India’s strange magic takes over. Here there is no Jeep traffic or tourist crush, and the unharried ease of our sighting makes it all the more rewarding. Then, getting to her feet, as though part of a routine, the tiger is on her way once more, the swish of her tail the last thing we see as it disappears back into the forest.

When it comes to epic journeys, the wildebeest migration from Tanzania to Kenya is hard to beat, says Stuart Butler