by Lightfoot
When Jennifer and Jeff Salvage tied the knot on Easter Island little did they know that it would be the start of an adventure that would see them reenact their big day with 254 photo shoots in 39 countries, and covering 250,000 miles

You need a dress that can do what?” said the concerned boutique owner. Jennifer Salvage from New Jersey was getting married on Easter Island, one of the most remote places on earth and she has just told the boutique owner that she needed a dress that could cope with being packed into a rucksack and trekked up to a volcano. This was worrying enough for the store owner, but if Jennifer had told her that the lace Maggie Sottero gown would then be worn in zero gravity, under water or while mushing huskies she might have had to pick the poor woman up off the floor.

After flying 7,000 miles Jennifer agreed to wearing her dress at three different locations on Easter Island so that her photographer husband Jeff could capture the perfect shot. Then for a little they decided to take the dress on their honeymoon to China and the Alps and shoot Jennifer at some breathtaking locations there too. 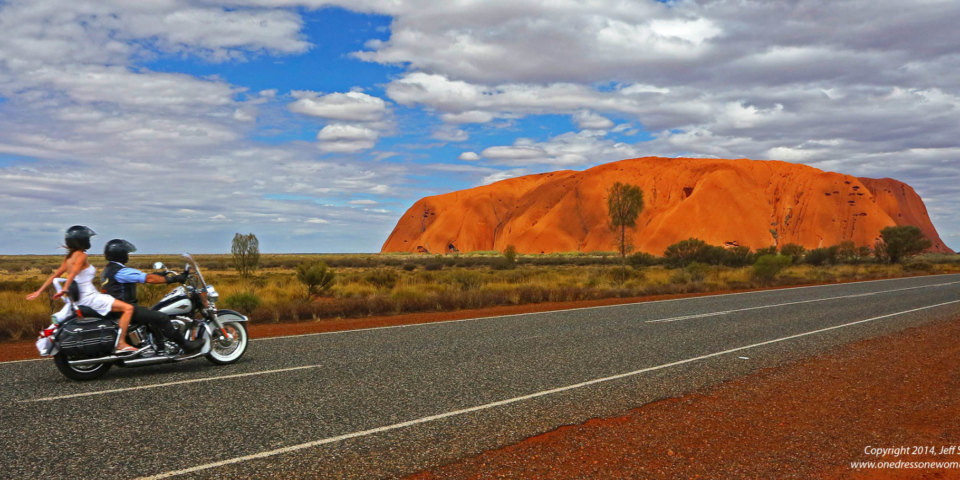 While Jennifer and Jeff only planned to do the shoots as keepsakes for themselves, they quickly saw how much pleasure it was giving others. “People stumbled upon us doing a photo shoot and assumed we had just gotten married. They were naturally excited, but when we told them to hold the applause because we had already been married for some time and were just taking photos in new places, they were even more enthusiastic,” says Jennifer. “It became clear that we were doing something no one else had done before.”And so the One Dress, One Woman story began. They then took the dress with them every time they went travelling, and they have re-enacted their wedding day photo shoot all over the world. The Salvages have relieved that special moment by iconic monuments, within striking landscapes and even in sports stadiums. And now five years later, it means that the gown has starred in 254 photo shoots in 39 different countries. “I thought it was a cool way to use the dress again instead of locking it away in a closet,” Jennifer explains.The couple who between them coach track and field stars and train people for charity treks, use their downtime in between the events to take the shots. “Our plans almost always change when we organise shoots.  We have come to accept this; sometimes the end result is better than our original plan,” says Jennifer.

It became clear that we were doing something no one else had done before.

While the gown has been submerged in the Dead Sea, taken bungee jumping and into zero gravity it only just received its first repair this year when they had to remove the metal stays as they had become twisted. Until now the gown managed to cope with just a $2 brush up at the local drycleaner. They have used a backup gown when they were really concerned that the dress might get damaged, but the original gown features in the majority of the shots.However, this doesn’t mean that the shoots haven’t been without their challenges. “There have been shots where I went into hypothermia to get the photo. And swimming in the dress is a nightmare,” says Jennifer. And while Jennifer is an adrenalin addict and has hiked the International Appalachian Trail solo, she admits that she hasn’t agreed to every shoot location that Jeff comes up with. “I do like a good rush of adrenalin. But I did veto one shot that would have required me to get wet to get to a rock that had water crashing into it and creating a spectacular spray,” says Jennifer. 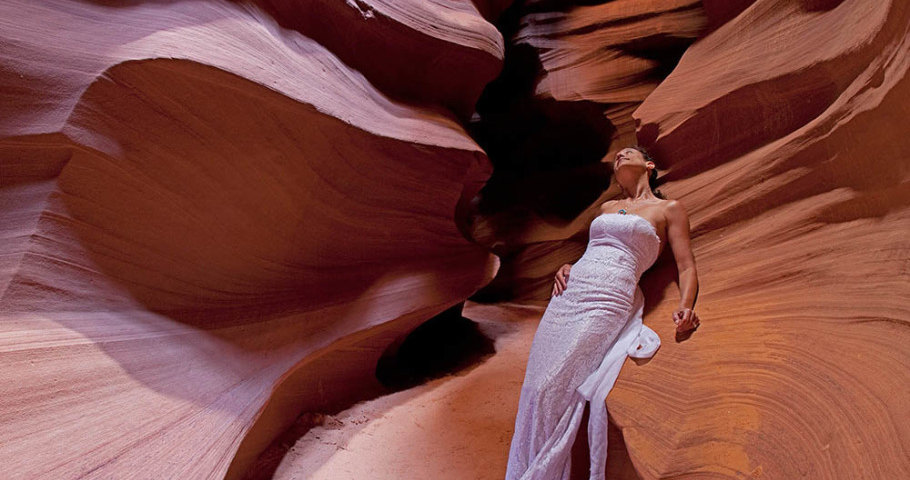 The couple have now turned the images into a book When It Clicks that features all of their favourite shots. “I will keep doing it as long as it’s fun for her,’ says Jeff. “[It’s] a great way to chronicle our life.’The Salvages are now planning to add more shots to the series when they visit England, Portugal and Spain in 2017.