The bus clattered through Sri Lankan countryside. Bouncing around on stiff metal seats and with the windows pushed back to let the air travel through the cabin, we headed into the heart of one of Sri Lanka’s most unspoilt national parks, Gal Oya. As we neared our destination, a quiet-looking man with an axe casually slung over his shoulder and a loin cloth tied around his waist climbed on board. I joked to my wife about the Singaporean MRT announcement, “If you see any suspicious looking person or article, please inform our staff”…. But as he searched for a seat I was transfixed. The Tarzan-like character with his wild hair and long beard seemed like a flashback to another time. The only sign that he was a part of this century was the old mobile phone that he clutched in his right hand.

As a portrait photographer, I knew that I instantly wanted to take a shot of him. When I approached him to ask if I could take his photograph, he happily obliged. He nonchalantly posed for me out of the bus window and seemed unfazed by the attention. I quickly realized that he was one of the people that I was here to photograph – the Vedda people of Sri Lanka. The Vedda is an indigenous group on the island who are said to be healthier than the people who live in the city. But it wasn’t until we reached our final stop of Apurna, that I found out the person I was photographing was the Vedda chief.

I had been staying with my friend Abaya Gunawardana in Colombo and he had told me about the aboriginal people who had made the forest their home. Capturing such people has always been a passion of mine. For as the world becomes more interconnected and more globalized, more indigenous groups are disappearing into nearby cultures. I wanted to capture what makes these people special and share their story. I took a nine-hour train journey from Colombo to Badulla and then took a bus ride from Adulla to Apurna. 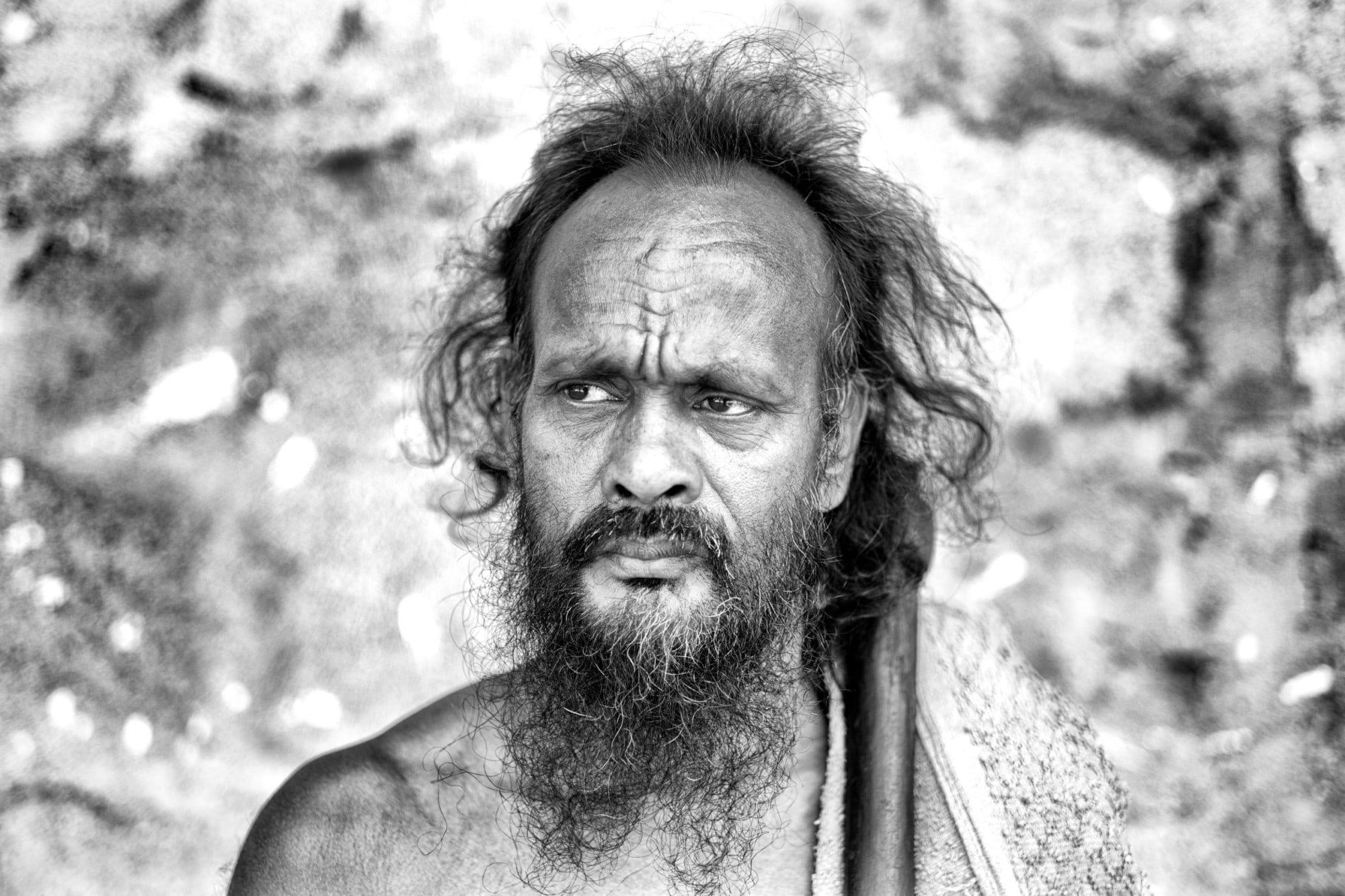 I had been told by the lodge that I was staying at that they would be able to arrange for us to meet the local indigenous people. It just so happened that I got to meet the chief before we actually arrived. The lodge’s naturalist, however, spoke Sinhalese so when he took us into the jungle to meet the Veddas, he was able to translate for me and through him I was able to find out more about their way of life.

The chief took us through his village and told us about the methods that they used to plant medicines, which they found in the jungle, and how they used to trap animals. He also showed us the cave where he and his ancestors used to live.

The homes of the villagers, which were made out of branches, leaves and soil, were scattered throughout the jungle. A few used sheet metal, but most were simple homes that were free of clutter and made from natural materials. They showed me their house building techniques. How they use their axe and core strength to cut down tree branches. And they also showed me how they were making soil bricks that they stack between branches, which had been planted into the ground to build a house for one of the villager’s 13-year-old sons.

As they were close the lodge where I was staying I was able to get close to them and visit fellow Vedda communities around the area. 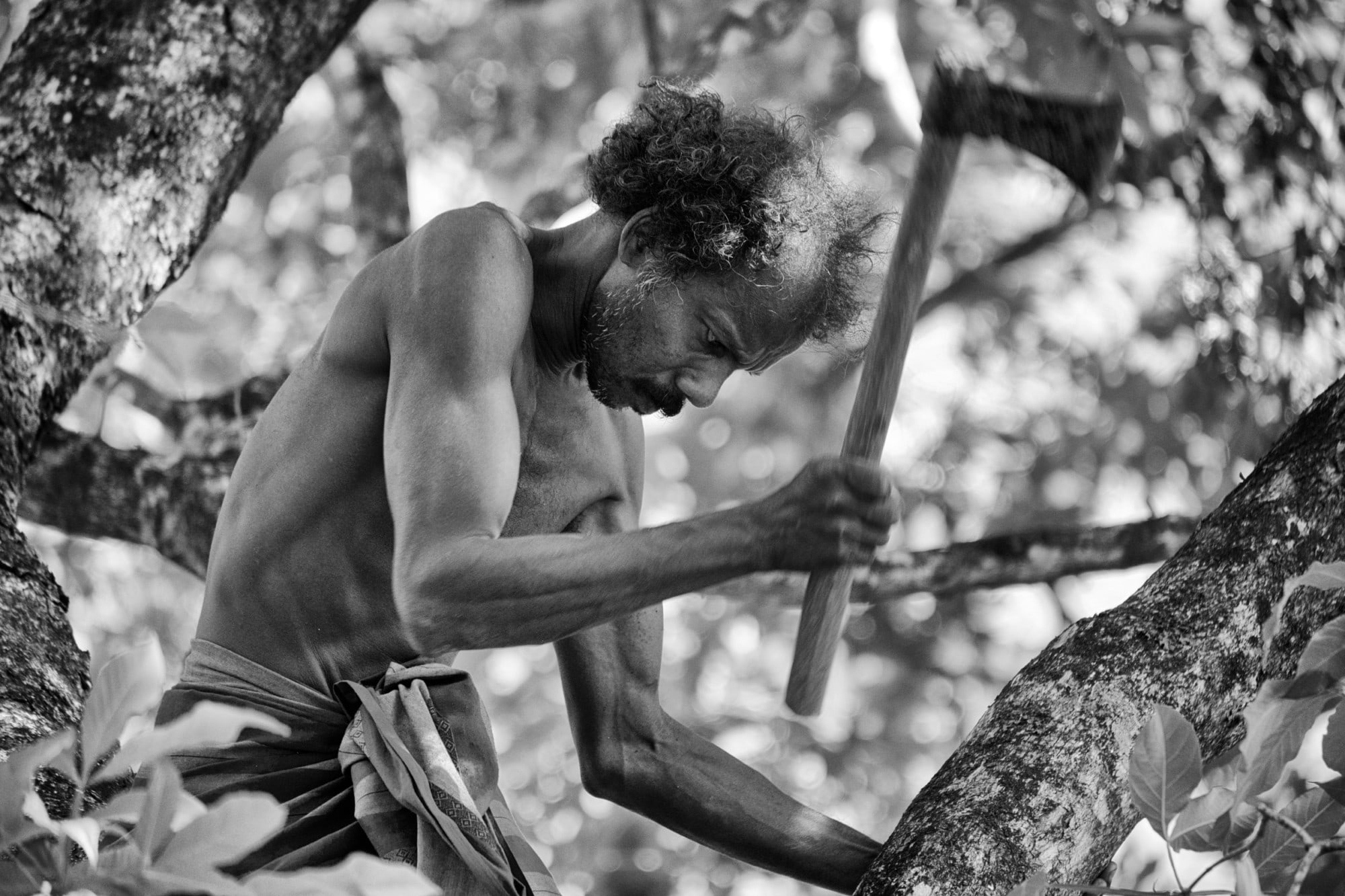 They even took time to show me about food preparation. One of the female Veddas demonstrated to me how to grate coconut with a traditional scraper made from metal with a wooden handle and how to filter the raw honey for consumption. They would boil it in water, and mix it thoroughly before they ate it. And what they didn’t eat, they would sell.

As it was the dry season, this was the easiest time of the year for the villagers. They were able to relax and just spend their time collecting honey in the jungle. If they weren’t climbing up trees with smoldering piles of leaves that they would use to smoke out the bees, they would be making bricks for future houses. 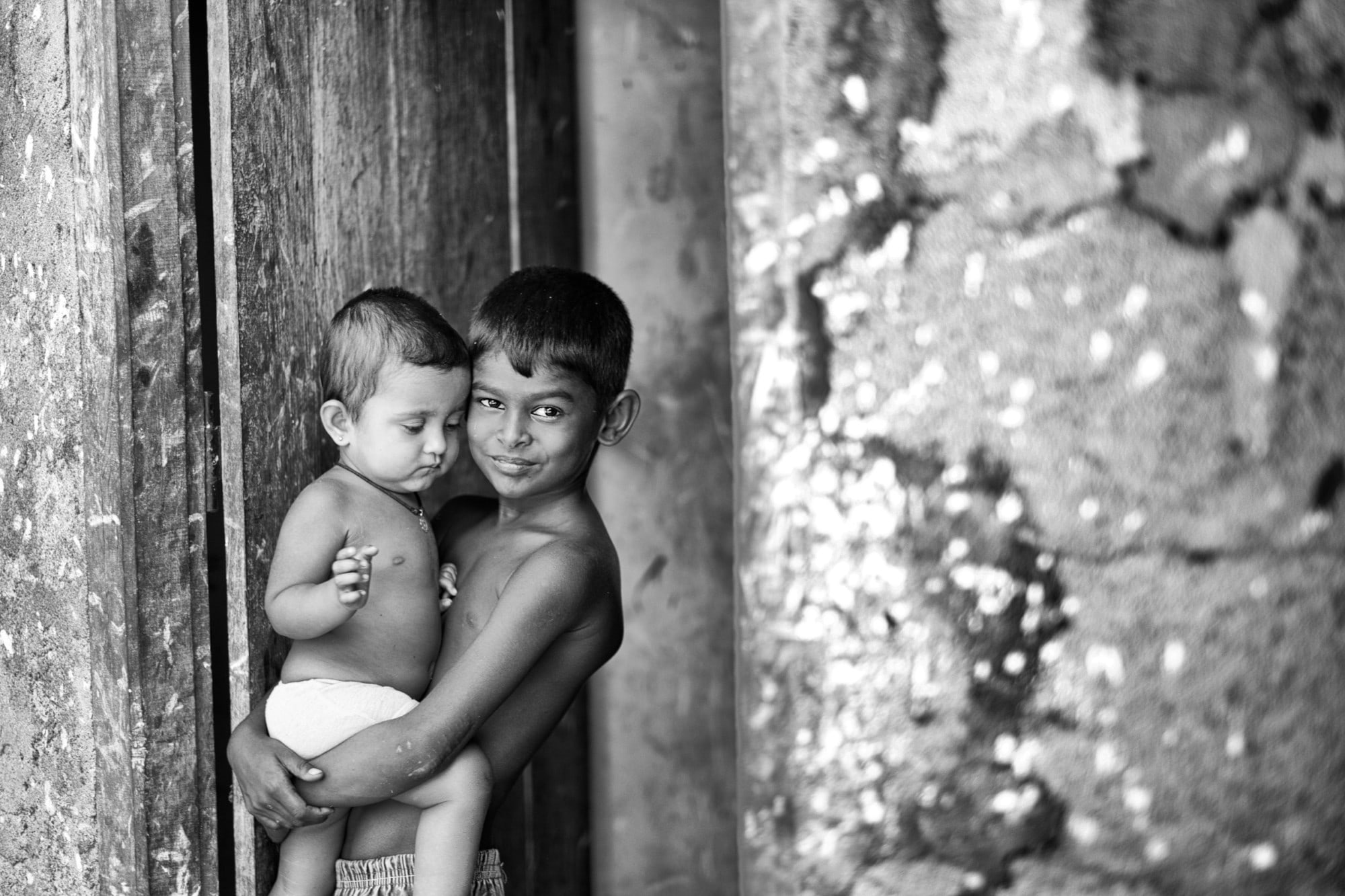 Their only day-to-day concerns were the elephants who have a tendency to enter the village and destroy their banana plantation. So they would create small fire pits around the area to help keep the pachyderms at bay. And when it was planting season, they would ramp up their efforts by spending their nights sleeping in small cabanas by the side of their crops

While they don’t live in caves anymore, their children are going to a local school and some of the villagers have chosen to take regular jobs as security guards or helping out on local farms, the pace of life in the village doesn’t seem to have changed that dramatically. However, they do worry about modern life encroaching as they lose more of their land and that one day that they will no longer be able to live as they have done for centuries and their hunter and gatherer livelihood may disappear. 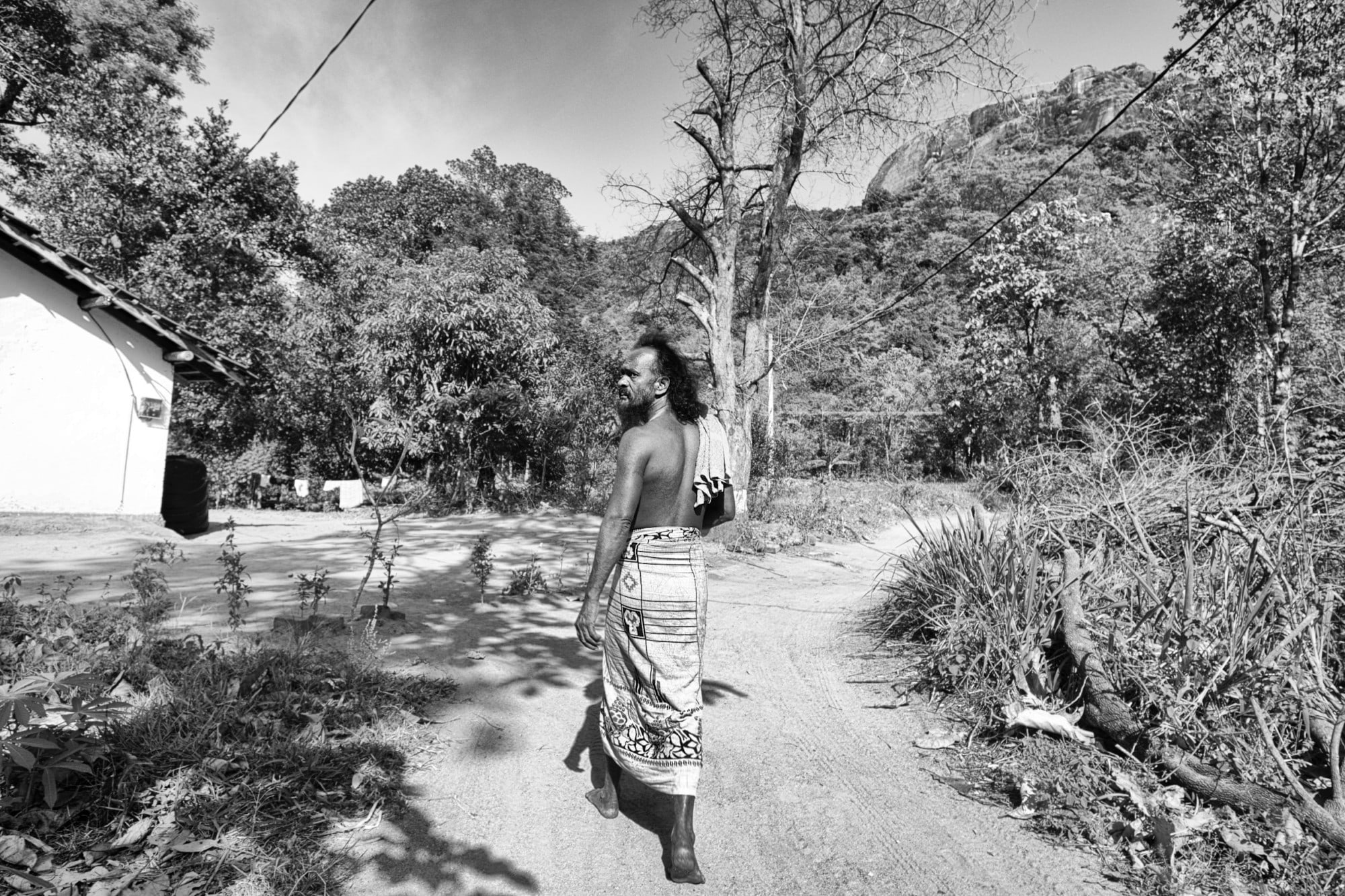 And it’s not hard to see how their health levels make the city dwellers envious. They are carrying out physical work, consuming mainly fruit and vegetables that is grown in unpolluted land and apart from the fear of elephants, they seem to have very little stress. While two families have two tiny solar panels, which were funded by the government, most are happy living with or without electricity in the land of their ancestors.

However, I noticed that it is essential that they stay in good health, as they do not have the funds to pay for expensive medical treatment. One Vedda woman was showing a scar from her jaw to her throat that was the result of poor surgery.

They were generous to a fault, and I now look forward to returning to Sri Lanka to continue documenting their story.

Thanks to Fujifilm Asia Pacific and Sri Lanka Tourism Board.

TRAVELLING WITH THE BUSHMEN OF THE KALAHARI