Bjorn Low is not your average farmer. He chooses long-sleeved hipster tees over tweed jackets and wooden crates over acres of fields... But within four short years, the 35-year-old entrepreneur has shown everyone what the future of farming could look like in Singapore. Since he launched his company Edible Garden City in 2012, Low has created 50 urban farms in car parks, schools, hotels, private homes and rooftops in the Lion City.

The former advertising exec returned to Singapore after leaving his job in London and gaining a degree in agriculture. Low and his wife wanted to embrace the slow life and run a farm as a social enterprise in Singapore. However, as the island is so overpopulated, land was proving to be too expensive and they dream looked as if it would be put on hold.

But, while the Lows were searching for a plot, fate took over. One of Low’s friends, Chef Bjorn Shen asked him if he could help them out with a dilemma that he was facing. Shen had been trying to grow fresh herbs for his Middle Eastern-inspired restaurant Artichoke, but so far each crop had failed. He asked Low if he could install a garden in his restaurant so that he could pick the herbs as and when he needed them.

“I wasn’t trained in building gardens or landscaping, I was trained in biodynamic agriculture,” says Low. “But this is how it [Edible Garden City] started.” 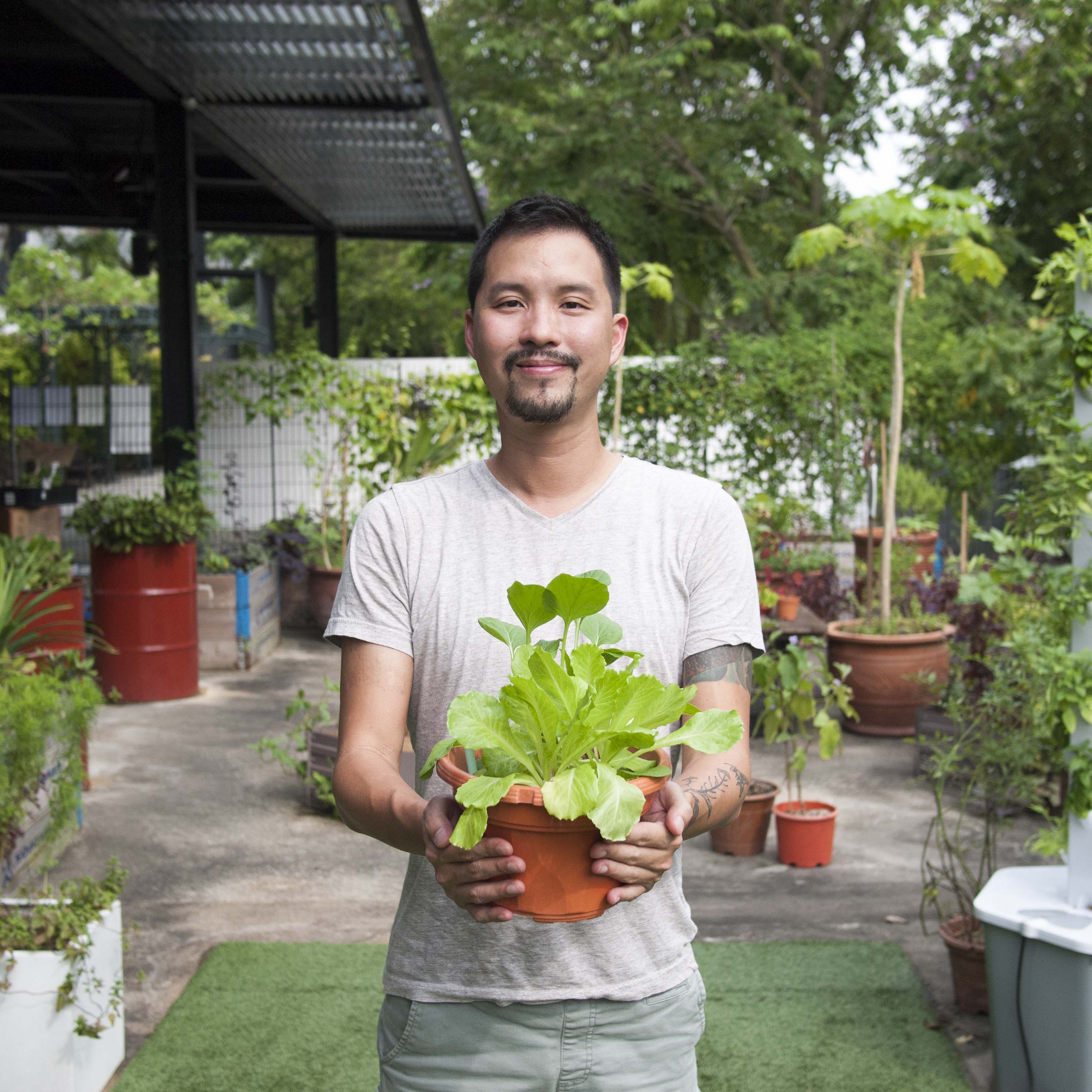 Low faced a tough brief. He needed to create a garden for Shen that would not only grow the crops he wanted, but look aesthetically pleasing in his award-winning restaurant. After returning to the drawing board three times, Low was able to create a vertical garden that would tick all the proverbial boxes.

Low had unwittingly found a niche in the market. He found out that when it came to more unusual ingredients the chefs had to import them. The large farms in Singapore chose to concentrate on mass market plants such as leafy greens. With a small farm, Low would be able to cater to these more bespoke orders. And thanks to his work for Shen he also realised that he didn’t need acres of farmland to achieve the end result. He could turn any under-utilised patch of land into a potential garden. 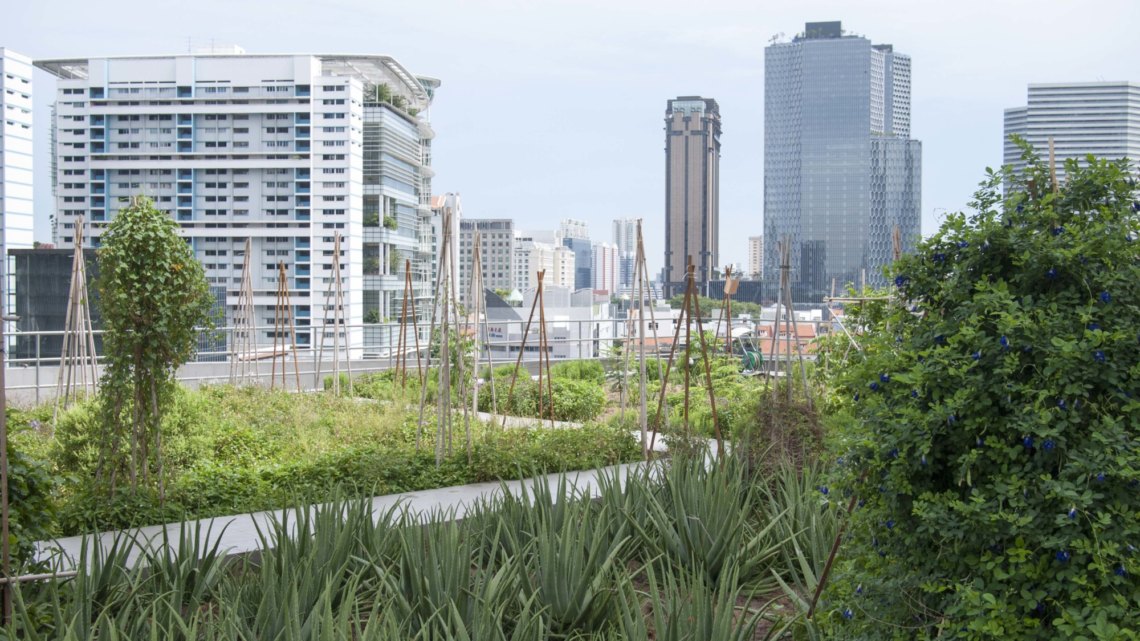 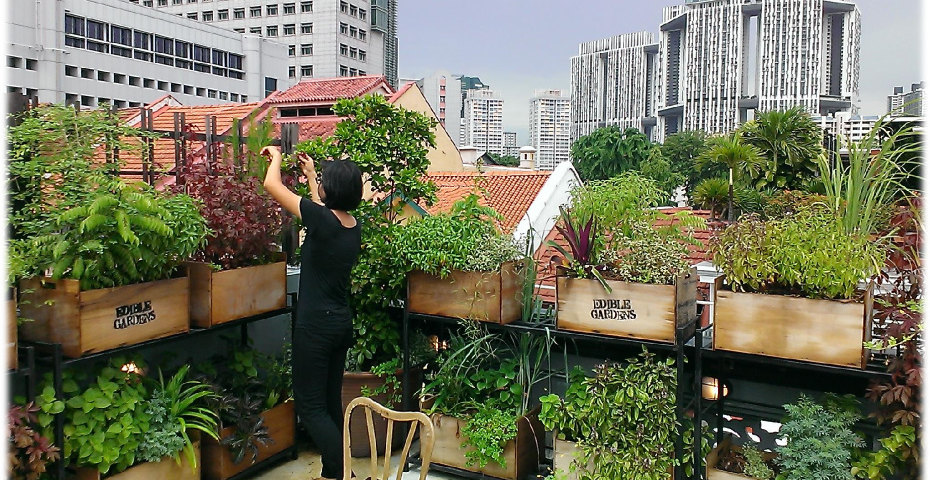 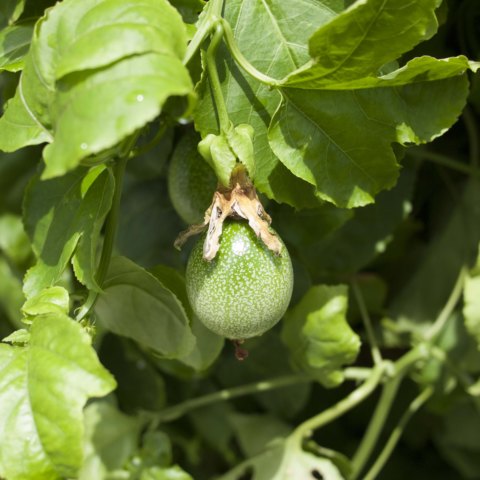 At his next urban farm in Hort Park, Low started to look at what crops he could grow in the environment. “I tried a lot of different crops – courgettes, small French radishes… They were all possible,” says Low. “I knew that I would need to focus on growing high value, niche product. I didn’t have the space to grow produce in bulk so I would focus on micro greens and unique herbs for restaurants.” He also worked on reviving local vegetables such as mani cai and ulam raja and even took chefs on foraging trips to show them which plants grow naturally in this environment.

Over the next five years, he launched urban farms on the rooftops of malls such as Raffles City and Wheelock Place on the glittering Orchard Road. And joined with restaurants such as Jamie’s Italian and Open Farm Community, where he now runs a 20,000 square foot farm. His staff increased to 22 people, with backgrounds that are as varied as the crops that they are growing. “Eighty per cent of our team are university graduates with different areas of expertise. Some are aerospace engineers… We have attracted a new wave of farmers,” says Low. 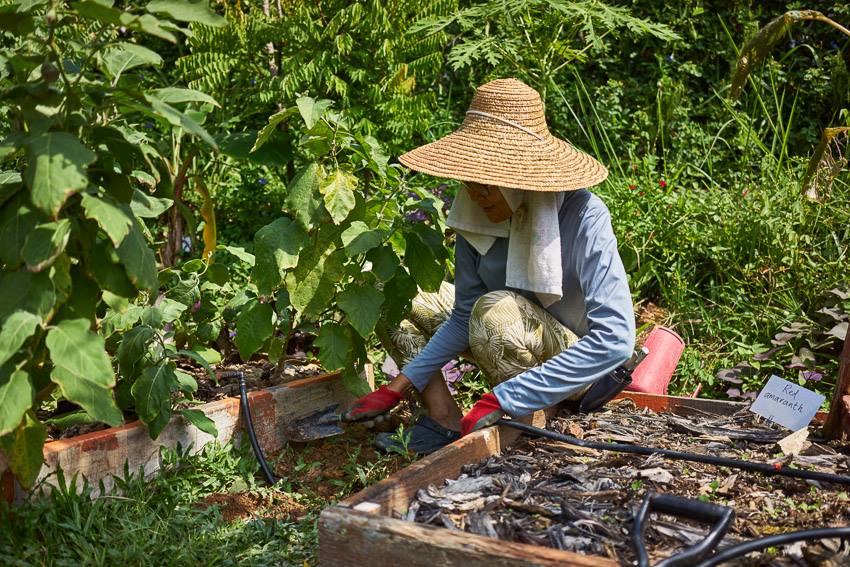 However, while it looks as if Low has moved forward with leaps and bounds, at times they have faced some huge challenges – issues often created due to their concrete locations and their need to make their farms look as picturesque as possible. The sun-drenched rooftops can prove a harsh climate for some plants and the fact that they shun ugly greenhouses and nets, they often invite attacks from pests such as caterpillars. But the team are pleased to say that they have found an organic solution to unwelcome visitors. “We find the best solution is to have diversity in the planting,” says Low. “Instead of monocropping, we have diversity. So that the pests don’t attack everything. We also spread out the crops so if they attack one area, we still have a backup. When we supply restaurants we need to make sure that they isn’t a break in supply.”

While Low set about creating mini farms on the rooftops of the city, he stuck to his idea of creating a social enterprise, by showing schools and communities how they could build their own urban farms. His latest social enterprise is also the one he’s most proud of. He is about to open an 800-square-metre farm near Queenstown, which will be staffed by adults with disabilities. Low’s plan for Citizen Farm is to become so successful that he can hire 20 beneficiaries from vulnerable groups within two years.

Low dreams that one day, each rooftop in Singapore will have a garden. But with people like Low and his fellow farmers routing for that, we’ve no doubt that the Garden City could become the Edible Garden City in no time at all.

Whether you’ve got a foodie fanatic or a picky eater in the family, Tom&Teddy has found a few trips that are sure... 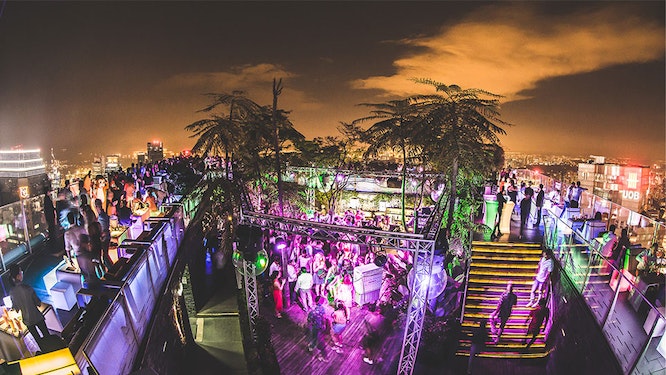 Now that's what you call a room with a view...