ROWING FROM SINGAPORE TO NEW ZEALAND

by Lightfoot
New Zealand adventurer Grant Rawlinson has chosen to make the 12,000 kilometre journey from Singapore to his hometown of Taranaki, New Zealand by human power

While other passengers kicked back to watch the inflight movie, one passenger on the flight from New Zealand to Singapore was distracted by the map that came in the back of the inflight magazine. The Kiwi adventurer who had just finished trekking, climbing, and cycling from the summit of the highest mountain in the North Island to the summit of the highest mountain in the South Island, wondered if he could take on another human-powered adventure. He questioned if, instead of catching a Boeing 747 between his birthplace of New Zealand and his new home of Singapore, he could make the trip under his own steam. The year was 2013 and the ex-rugby player Grant Rawlinson, 43, spent the next four years putting together the Rowing From Home To Home expedition, which would take him by road and sea from Singapore to his home town of Taranaki in New Zealand.

On the 3 January 2017 he set off from Singapore to row to Darwin with the help of team-mate Charlie Smith. They rowed for 78 days in the six-meter longboat to reach Darwin. Then Rawlinson decided to do the next leg of the journey on his own and cycled 3,900 kilometers across Australia, which took him 45 days. And now he is waiting for the weather patterns to change so that he can row from Australia to New Zealand in October. This leg is perhaps the most dangerous of all, as Rawlinson will be rowing solo across the Tasman Sea. It will take him the father of two around 70 days to cross the infamous stretch of water.

“The idea is to do it purely by human power. No sails, no engines, no ferries, no support vehicles following along…” says Rawlinson.

Before Rawlinson and Smith set off to row across to Darwin, they spent seven months putting the boat and themselves to the test, circumnavigating Singapore, rowing across to Indonesia and around the islands of Bintan and Bantam. Rawlinson also put together a team who would help them reach their goal, including an ex-naval officer who oversees logistics, a meteorologist, personal trainer, and nutritionist.

It wasn’t the first time that Rawlinson had taken to the water, he had already sea kayaked across the English Channel and across the Cook Strait in New Zealand. But it was the first time he had rowed across the ocean so his focus was on risk protocols as much as it was about building up his strength in the gym. “Sometimes we would be 50 to 100 miles offshore, with no support boat, so during this time, we had to make sure that we were completely independent and could get out of any situation we could get into,” says Rawlinson. “There was no magic button to push on the way to Indonesia, no helicopter to pick you up… We had to be very careful.”

The state-of-the-art rowing boat features everything that an ocean-going yacht crossing the Pacific would carry. From safety vests and satellite communications to a life raft and desalination machines. It also has the ability to right itself if it capsizes, as long as the exhausted rowers remember to keep the hatch door shut.

As much as they planned for the first leg of the journey, it didn’t come without its difficulties. Rawlinson was hit by food poisoning and they were both covered with heat rash that was blistering on the skin under their armpits and on their backsides. And when they were 150 miles north of East Timor, then ran into an invisible wall of headwinds and ocean currents. “We rowed for 24 hours together, non-stop, before we were completely exhausted,” says Rawlinson. “We made a 150-mile detour into East Timor and rested there for a week before we continued to make the crossing.”

Originally, Rawlinson had planned to row around the Northern coastline of Australia, but the winds were not favorable to row in the direction that he was to row. So he had to abandon his plan to do this and cycle across the country instead.

They completed their row on 22 March 2017 and Rawlinson had less than two months to prepare for the next leg. When he set off on 14 May 2017, he faced the strong headwinds that blew across the outback, as well as the baking sun. But he was also treated to the equally dramatic scenery. “I very much enjoyed being in the outback for many days by myself. I found the intensity and sensation of the experience to be much deeper,” Rawlinson explains. It also gave him the confidence to cross the Tasman Sea solo. “On the first row from Singapore to Darwin I also got to know the boat very well. It gave me the confidence that I would be able to handle the boat. And taking on the most challenging phase solo seemed to be very fitting for this journey, rowing from home to home.”

Rawlinson will be leaving from Coffs Harbour and will aim for New Plymouth in New Zealand. “However, it’s like trying to land a 747 jet on a mountain airstrip with a massive crosswind. It’s very clumsy and you have very little say where you come into,” says Rawlinson. “If I can land anywhere on New Zealand I will be happy.”

Rawlinson will row through the daylight hours and try to sleep for five or six hours each night. He will be taking 70 days’ worth of dehydrated food, which he will heat up with desalinated water.

The seasoned adventurer is also clear about what he will be taking on when he leaves Australia. “The Tasman Sea is an extension of the Southern Ocean – 100 kilometer per hour winds and 30 foot high waves will be common. It is a very dangerous and fickle ocean. Only one person so far has been successful in rowing solo from Australia to New Zealand.”

However, when they reached Darwin at the end of the 4,200 kilometer row Rawlinson says that it was definitely the best day of the challenge so far: “No-one had rowed from Singapore to Darwin before. I didn’t know if it was possible. I felt very relieved to make it.”

In the 70 days that he will be crossing the ocean, he says that storms are 100 percent guaranteed. However, Rawlinson adds that it’s not how high the waves are, but how steep they are that’s his biggest concern. “A two-meter high wave that’s starting to break can capsize my boat. When the waves start to break things become very, very dangerous,” he says.

This is why Rawlinson says it’s important to be prepared mentally as much as physically. “You’re going to miss your family, feel lonely cold, hungry, scared, and questioning why on earth you are out there, so a big part of my preparation before these trips is visualizing each scenario and preparing for it.”

He does this he explains by shortening the focus. “I reduce my outlook from one day, two days, down to the next 10 minutes, next one hour. If there is a lightning storm above my head and I’m as scared as hell, I will tell myself that no storms will ever last – that they will always blow through.”

He knows that this could be his one and only shot at crossing the Tasman. “To get into a position to row across the Tasman Sea you need a lot of timings to come together – you need the right time of year, be physically ready and mature enough, you need a quarter of a million dollars of financial support, the boat in place, weather coordinators… It’s not something that you throw together in a month or two. To turn around and jump back into the boat a month or two later probably won’t happen. You need to have all these stars in alignment,” says Rawlinson.

However, while Rawlinson waits for his team to give him the go-ahead he is already planning other adventures. “I have planned some smaller exploratory journeys around the southeast Asian region. Not many people have rowed boats around this part of the world. I love finding unique and interesting journeys to make.”

Photography: Alistair Harding and Rowing from Home to Home collection. 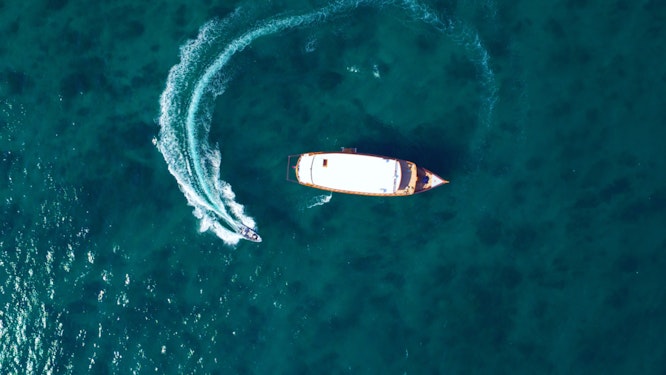 Take to the water and see your favourite continent in style