As I sat on my 250cc Yamaha I wondered if I’d bitten off more than I could chew. I was balancing on my tip toes, as I couldn’t quite touch the floor from my pumped-up scrambler that looked ready to leave everything in its wake.

I’d already taken a scooter temple hopping around the outskirts of Siem Reap. It involved a little off-road, but mostly dusty tracks or strips of tarmac that bordered lush paddy fields. Mixing home stays with a five-star hotel, this tour on two-wheels had given me confidence – maybe too much, perhaps?

So there I was on a rough patch of ground back in Siem Reap, clad like an off-duty Storm Trooper in a full-face helmet, chest plate, metal-tipped boots and leg guards. 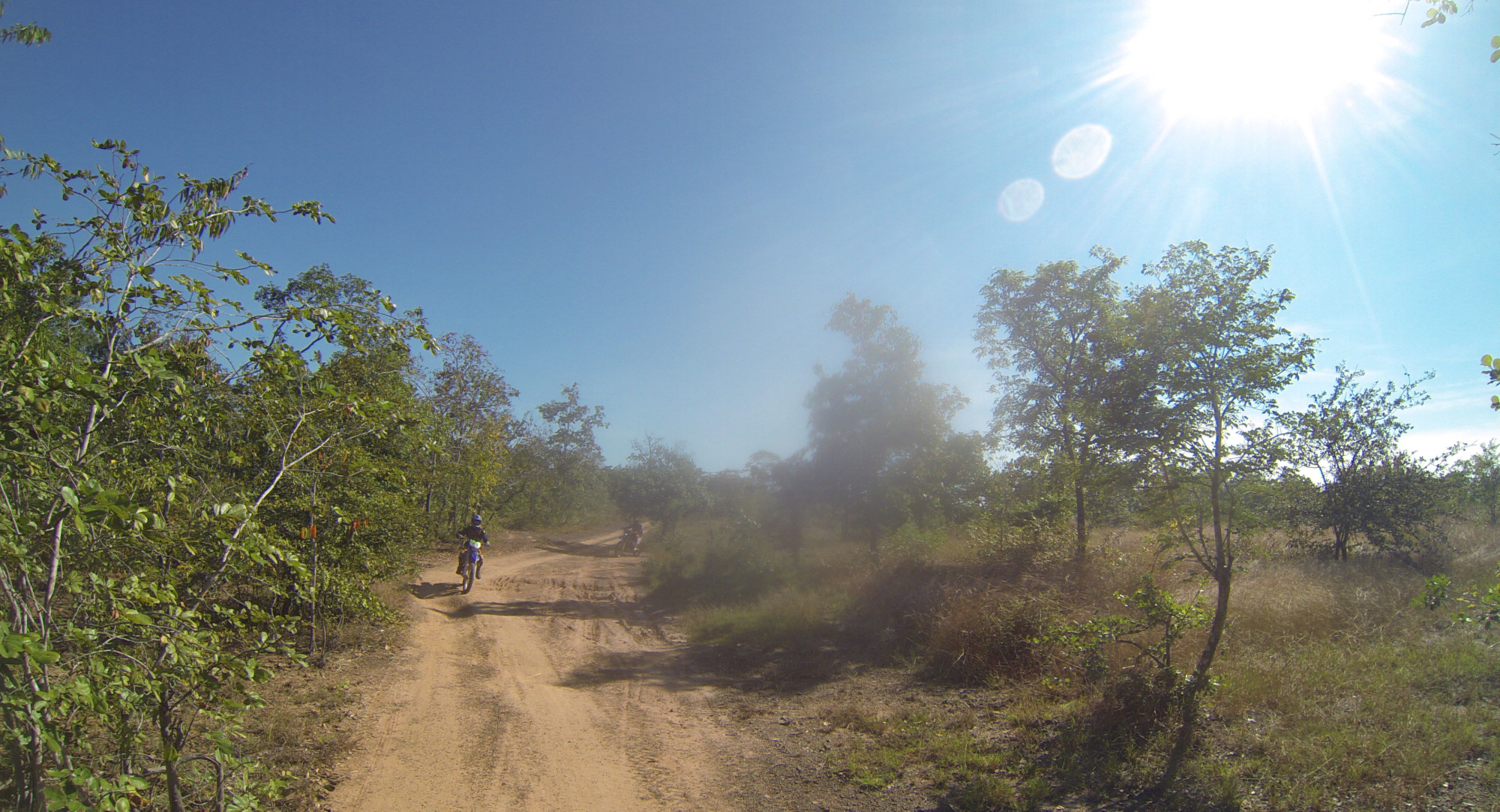 I could feel the panic slowly rising up through my body. So rather than miss out on an adventure and spending the next three days lying around the pool, wondering “what if?” I decided to put on my goggles, push the ignition and see parts of Cambodia that most tourists don’t have the chance to discover.

It wasn’t long before we left the city behind and rode into the jungle. With our guide taking the lead we wound our way through the undergrowth on sandy paths that had been well-trodden by farmers taking their wares to market. This gentle introduction was just what I needed as I was still getting used to wearing all the kit that my guide had diligently insisted I wear. And boy, was I pleased that I was wearing every piece of it when I came face-to-face with tree stumps, rivers that had broken their banks and grass that was at eye level.

While each corner of the journey provided a new challenge, I was so pleased I’d left Siem Reap. This was the Cambodia that everyone should see. You would see the farmers in their fields planting the rice, children would be shouting hello or racing by the side of us on the track trying to high five us and temples dotted along our journey.

There were however, plenty of obstacles that you wouldn’t get on your regular highway, such as huge pot holes, buffaloes that had decided to stroll across the track or trees that had fallen across your pathway. 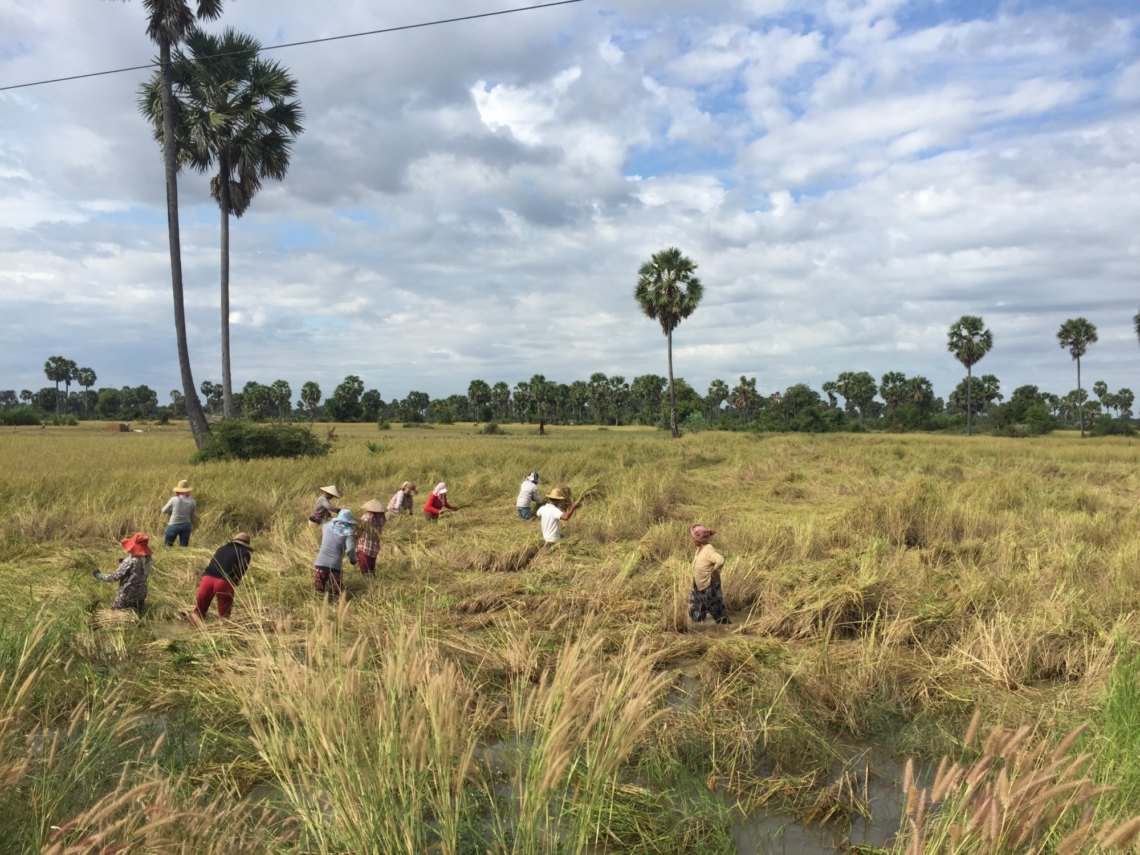 When I reached the farmer’s house at the end of the first day, I couldn’t believe what I had already seen and achieved. But I was exhausted. I slept like a baby in the farmer’s loft, until I was woken the next morning by the crow of a rooster and a steaming cup of coffee.

The second day on the road promised our guide would be ‘fun’. And I could see by the way he meant fun, this meant challenging. Before I knew it I was riding across bamboo bridges, up mini waterfalls and through waist-deep water.

My husband’s confidence had also grown. As he was whizzing through the long grass, our guide screamed at the top of his voice – “No, no, no”.

“It’s not the grass, it’s the landmines,” said our guide.

Within a matter of seconds we had been reminded of the country’s devastating history and my husband skulked back onto the track, realising that his daredevil antics had probably just given our pale-looking guide a heart attack. For this is a country that has seen some of the world’s greatest horrors.

While everyone wears a smile a mile wide, it is still a country that is piecing itself back together and trying to push forward. Their method for doing that is through tourism. With one of the world’s most famous temples on their doorstep – Angkor Wat, half of the Cambodian GDP is based on the income from visitors.

And, often with the support of NGOs, the country is now giving people a window into the traditional Khmer way of life. And this was why we were there – riding through mud, ruts and past temples… we wanted to see a country that hadn’t yet turned into every other identikit metropolis and still had a charm of its own. 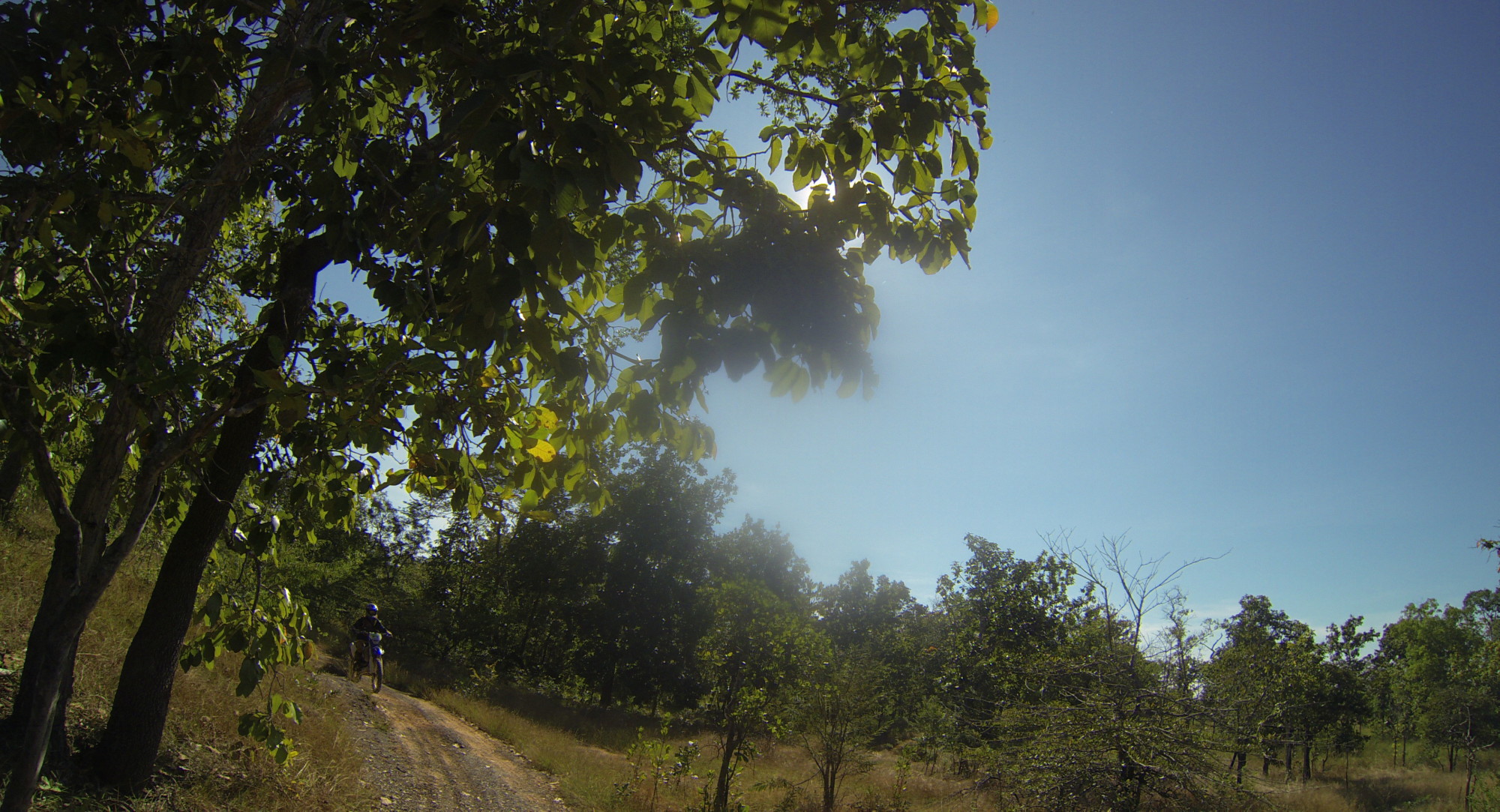 However, after 35km rugged trails I was ready for a little respite. Luckily for me, two farmers were passing by on their one-eyed buffalo – a tractor-meets-trailer affair, and for a small fee agreed to give me and my bike a lift into the village. I could see that my husband was a little disappointed with my alternative mode of transport, but I think at this point he was more disappointed that there was in fact only room for one bike and not two.

Re-energised following a lunch of chicken amok and rice, I was then back on the bike and ready to take on the rest of the jungle. We then took on another 50km of whatever nature could throw at us and finally made it to our hotel accommodation. It looked as if it had maybe seen better days, but after 90km in the saddle (or on a one-eyed buffalo), it seemed like a palace to us.

We showered and changed and then while our guides spent the next hour servicing our bikes, and pulling out various twigs and grass from parts of our bikes they didn’t know could be reached, we kicked back with a cool beer.

The next day, we set off back to Siem Reap. A couple of other groups from our touring company had gathered, including a young German couple who were on a 10-day trip to the islands of Cambodia, and a serious Australian biker, who had chosen to take the bike out for one day to see what Cambodia had to offer, before instantly signing up for another trip.

After my initial reluctance I could also see the attraction. While I could have so easily have pushed the bike back into the garage in Siem Reap, I was so pleased that I had made the decision to go on this jungle adventure. For I got to the see the real Cambodia – one that is worth making any journey for…

If you want to experience Cambodia for yourself, contact the Lightfoot Travel Cambodia specialists.

A Leg To Stand On (ALTSO) is a non-profit organization providing free orthop...