by Lightfoot
Time-honoured architecture, island nunneries and iPad toting monks await Mark Andrews on this road trip with a difference

Afternoon is nearly over, but in the Garze Tibetan Autonomous Prefecture you wouldn’t know it, thanks to the Chinese government’s one time zone fits all policy. Earlier, when we checked in at the hotel in Yarchen Gar the owner had told us that at the end of the day great streams of Buddhist nuns and monks come down the hills. It was however the tripod toting tourists – all 20 of them – who alerted us to the correct direction. At first there are just a few specks of crimson, but soon they grew into two great columns on both sides of the valley.

If you want to visit a still relatively untouched Tibet, the time to go is now.

Progress at first seems slow. Some are using staffs to steady themselves on the uneven ground, while others busy their hands with spinning prayer wheels. Suddenly as they near the stream a nun makes a run for it and soon there is a stampede. Phones and iPads are whipped out and what seemed like a serious religious event descends into what resembles day care for naughty teenagers. It takes about 20 minutes for the 10,000 odd nuns and monks, both young and old to make their way down the hillside.

Each day they hike up to the glittering statue of Guru Rinpoche that can be found at the top and it’s here that they meditate or in quiet areas around the hillside. Some nuns choose to stay in meditation huts on the hillside for up to 100 days before they would return to the island nunnery below. 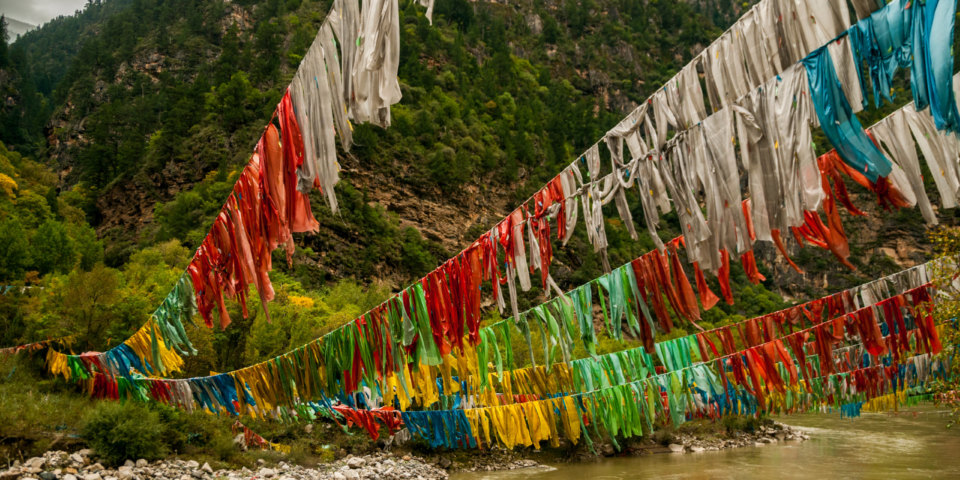 Awaiting the nuns is an array of ramshackled red huts surrounded by a river. Established in 1985 by late Tibetan abbot Akhyuk Rinpoche, who was renowned as a meditation master, this city of nuns is said to be one of the largest nunneries in the world with 10,000 nuns in residence. The monks live in a cluster of huts across the river.

Originally we wanted to go to Larung Gar, classified as a monastic encampment, which at its peak had 40,000 Tibetan monks, but this was off limits to foreigners. However, compared to Tibet, Sichuan is easier to access as you only need a Chinese visa and you don’t need to be part of an organised tour. You still get the jawdropping mountain views, a slice of Tibetan culture as Sichuan was once the old Tibetan province of Kham and yaks (hundreds of them).

We had also spent the day in the hills, but unlike the nuns and monks we hadn’t been quietly meditating, but touring the hillside in a sparkly new 4WD. In the morning we set off from Batang the largest town that can be found on the Sichuan-Tibet highway before it crosses into Tibet. The 5,476km highway stretches all the way from Shanghai into Tibet. But by the time it reaches this part of Sichuan, this grand-sounding road consists of nothing more than a single lane in each direction.

For three foreigners driving a Land Rover Discovery Sport, Tibet was off limits, you have to be part of an organised tour and have a special permit. Instead we shadowed the border on what Baidu, the Chinese Google equivalent, ominously referred to as the road with no name.

We had obviously hit rush hour as Tibetan herders were busy putting their yaks out to pasture. However, we managed to navigate our way through the alpine-like scenery. We drove along the banks of a river with conifer trees stretching high up into the hills and wondered why everybody tried to warn us about the road. It seems fine to us. Then our progress is abruptly halted by a tunnel construction site and for the next four hours we zigzag across mountains on a track which at times is just mud.

But this just added to the adventure. We had started out in Chengdu and were on a six day loop around the country, which would see us cover 2,281 kilometres.

Back in Yarchen Gar the great woks roar into life as the support infrastructure wakes from daytime slumber to service the returned nuns. Some nuns had decided to spend the afternoon meditating in the large golden roofed prayer hall that forms the focal point of the island, and they then joined their intrepid friends.

We were the only men staying on the island. When we visited the mini monastery on the other side of the river later than night, an 18-year-old monk from Qinghai, explained to us that the monks are not allowed to cross the river to the nuns’ side after dark. 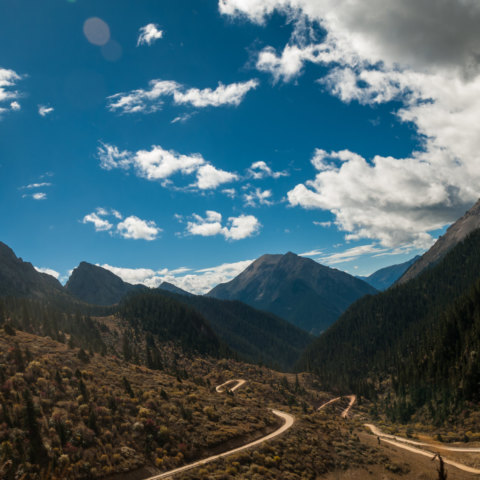 Frost envelopes the ground the next morning with temperatures hovering around 3℃ making us glad of the car’s heated seats. Driving along the Ganbai Road we again run into construction setting us off on another mountain pass along an unsealed road. This time the road gets the better of us and at 4,830m just as we crest the pass over Mount Zhuodala the front right tyre punctures. As places go to change a tyre it is certainly one of the most scenic at the snowline and with an arrangement of Tibetan prayer flags. In Garze, the nearest large town, our exertions are put to shame by a small Tibetan woman who throws around our gashed tyre like a toy before fixing it.

The next day on the road between Garze and Barkam we stop at a small roadside restaurant. As with most places in the region it serves fiery Sichuan style food rather than true Tibetan fare – although yak meat does make it onto the menu in many establishments. The setting and décor don’t bode well but we are pleasantly surprised by our kungpao chicken, twice cooked pork, and eggplant dishes some of the best food we’ve had on the journey. One of the defining tastes of the food is the mouth numbing Sichuan peppercorn. 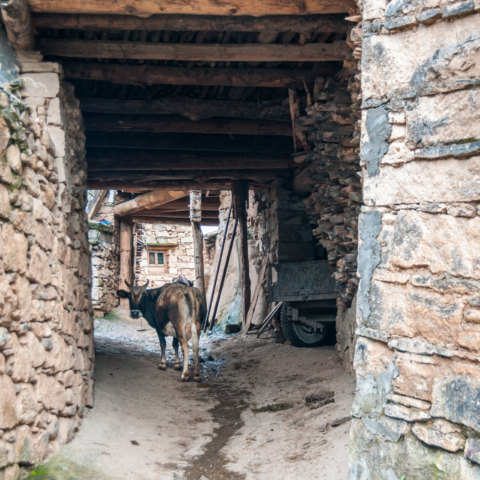 The rhythmic clanking of the water powered prayer wheels is the only competition to the gentle lapping of the stream. Save for the odd cow and dog the Tibetan village of Shuang Jiangke seems largely deserted. Perched on the hillside the traditional stone houses with turret like roofs are built into the contours. Finally we run into a lady and exchange a few pleasantries and tell her how pretty we think her village is, something she seems taken aback by. Villages like this line the road from Garze.

Nearing Barkam (Maerkang) the architecture changes, we pass through villages dotted with square-based towers. Reaching up to 40 metres high they date back hundreds of years. Now these mini fortresses are being surrounded by a construction boom as roads are being brought into the 21st century. Times are they say a changing. So if you want to visit a still relatively untouched Tibet, the time to go is now.

From soaring mountain peaks to ancient monasteries and stunning scenery, Tibet offers luxury holidays to nourish your heart and soul. Lightfoot Experts have traversed the plains of Tibet to help customise your perfect Tibetan experience.