by Lightfoot
Tara Mulvany was the first person to kayak around New Zealand’s North and South Island during winter. She tells us about her epic five-month adventure

I’d been working as a sea kayak guide in Fiordland National Park that’s near South Island, and wanted to explore the remote fjords. So one winter a friend and I set off and spent three months living out of our kayaks, paddling the Fiordland coast and exploring deep into the fjords. After that trip I really wanted to do something harder, and longer, so the goal of circumnavigating the South Island in winter was the natural goal.

A small number of elite paddlers had paddled around the South Island before, but no-one had attempted it in winter. The west coast of the island hosts huge surf, exposed coasts, and tricky landings. During winter, violent storms roll in from the Southern Ocean and the Tasman Sea, bring with them big seas and gale-force winds. However, as my background is in whitewater kayaking, I’m pretty comfortable paddling in rough conditions.

So on 22 May 2012, we started from Milford Sound, on the lower west coast, and headed north from there. I was super excited. I was a bit nervous about the surf and uncertainty of the coast ahead, but overall just a massive sense of excitement. 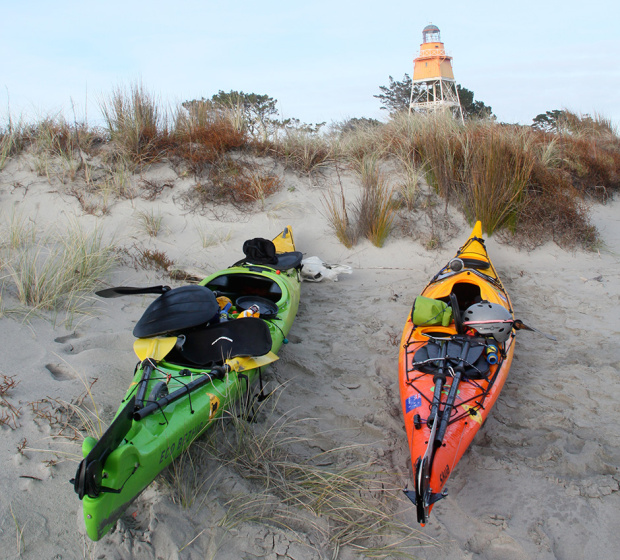 We paddled throughout the day, slept in a tent on the beach, and bought food every few weeks from towns along the way. We didn’t want to stop that often along the way so on average we paddled with a couple of weeks’ worth of food in our kayaks. We stocked up on basic foods, mainly rice, pasta, and porridge.

Every day on the water was different. On some days we enjoyed clear skies and calm water, while other days we were faced with huge surf, rain, and gales… We really experienced everything nature had to throw at us. On one occasion we couldn’t land for 17 hours, as the surf was so massive we couldn’t get close to the beach. We kept paddling, following the lights of a town in the distance.

Before we finished the South Island, my partner chose to go home. In many ways, the change from paddling with a partner to paddling solo wasn’t a big deal. I was confident in my abilities. I’m fairly goal-driven so it was important for me to finish what we had started. 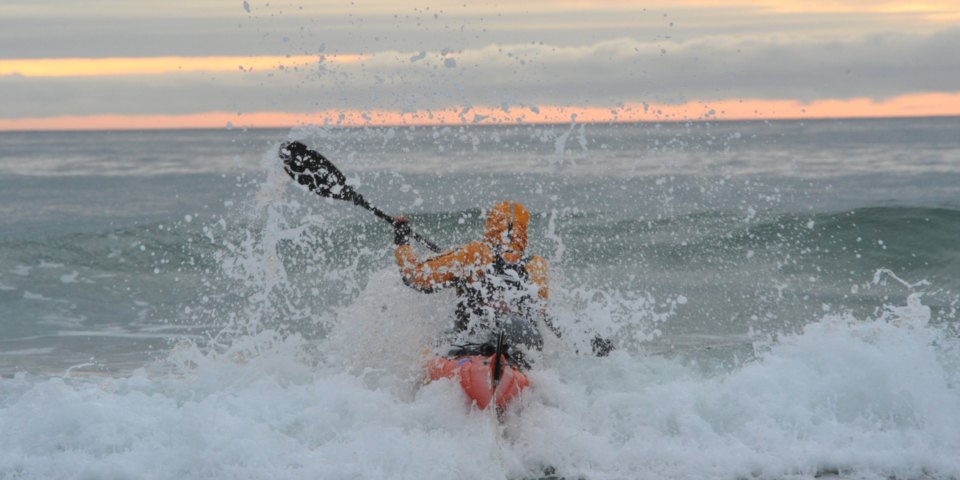 And while I was on my own, the view was always changing. There was so much to see on the water… I spotted whales, dolphins, penguins, and lots of sea birds from my kayak.

In fact, before I left the South Island it gave me one of the best days on the water. I was paddling in a huge sea, but I was protected by two giant fjords on either side of me. It was wild and really remote. It was just me and the birds.

The hardest part of the trip was the mental struggle of being trapped on shore for days at a time in bad weather. But to be truthful, it’s the uncertainty that makes these types of expeditions exciting.

After navigating the South Island I drove to the North Island to complete my journey. I was pretty confident, having gained some solid skills in the surf on the South Island trip. In fact, I felt fairly relaxed about it actually. I’ve come to realize that there isn’t any point worrying about things that are out of your control.  I think it’s about dealing with dicey situations when they arise.

Five months after setting off I managed to circumnavigate both the North and South island combined. When I finished I was relieved, but a little sad it was all over. 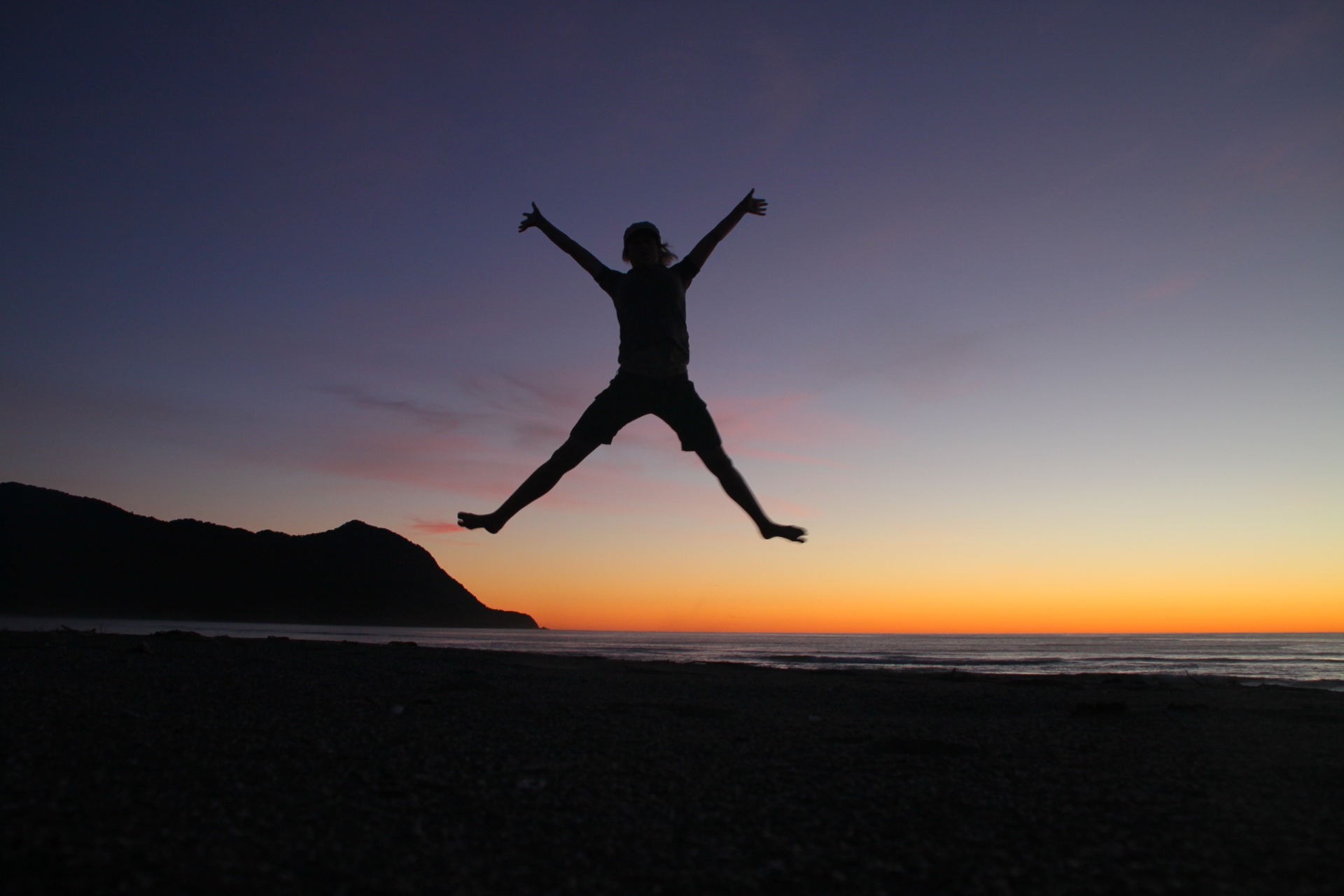 I am now continuing with my life of adventure. I’m working down in Antarctica currently, leading kayaking excursions for tourists off a small expedition ship.

Mulvany wrote about her epic five-month-long adventure in A Winter’s Paddle, NZD$34.99

Karen Bowerman ventures over active volcanoes, while a butler cleans her boots… It is a luxury expedition cruise afte...