by Lightfoot
Helen Cordery heads to the wilds of Chile to find one of its most captivating creatures
We were actually on the bus when it first happened. One minute we were peering through the windows hoping to catch a glimpse of one of Torres del Paine’s snow-capped peaks through the clouds, and the next our guide was saying, ¨I can see a puma¨.I strained in my seat, trying to get a good look at what appeared to be just a barren, sandy-coloured hill, when Felipe said, ¨Yep – three of them. A mother and two cubs¨. Directly ahead, was the unmoving form of Patagonia’s apex predator, the puma.This is an example of how easy it can be to spot pumas in Torres del Paine National Park Chile’s premier tourist destination. The second time I was to see one, however, was not to be so easy. 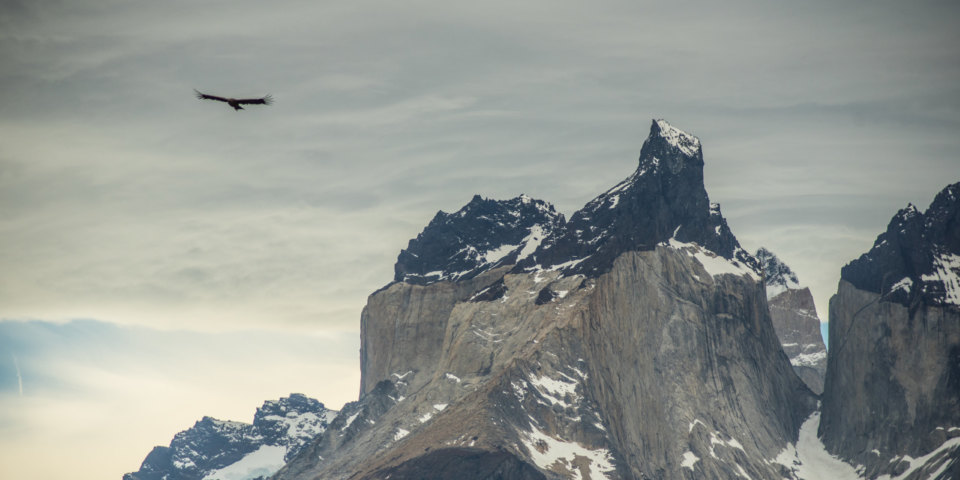 It was snowing for one. That morning I’d woken up early, donned at least four layers, and bravely ventured outside. It was freezing despite it being well into spring, but the view around me was enough to make me forget about the sharp ache in my hands. The sun was peeping through the clouds – it’s fierce glow only dulled by the milky-coloured sky filled with falling snowflakes. Underfoot, my shoes squelched with glee as I crisscrossed the maze of raised walkways that linked each of EcoCamp’s domed rooms, my home for three nights. The air was broken only by the chirping and rustling of nearby birds.

EcoCamp is a fully sustainable hotel located in the heart of the Park. What sets it apart is not the quality of its food or its picturesque setting, but the dedication of guides like Henry, who is so  passionate about nature and conservation that he lives half the year in incredibly isolated and unpredictable conditions. For him, educating guests about responsible tourism and protecting the integrity of this 1,814 km² national park is a life’s passion (a cause that takes on new meaning when you realise that a fifth of its size has been lost accidentally due to man-made fires). 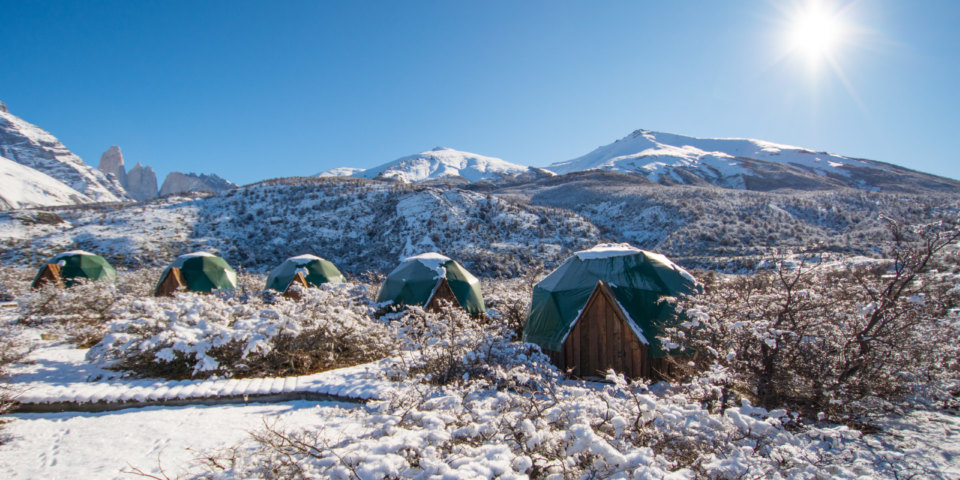 The object of our quest finally appears - a puma.

We head out into the flat barren hills known as the Patagonian pampa, to meet the guanaco, a wild camelid that just so happens to be the puma’s favourite meal.

Henry explains that this is not a trek where we should hurry, but we should walk at a slow pace and keep our eyes peeled for any sign of unusual activity. At one point, as our boots are immersed in mud, he lets out a squeal of joy.

¨I don’t know if poop is something that you find interesting, but you can learn so much from it. Look at this!¨ He exclaims and straddles both sides of the trail to protect the treasure between his feet. ¨You can see by looking what it is in it whether the animal was carnivore or herbivore. Look at the colour – it’s still fresh!¨

No, it isn’t puma poop, but his enthusiasm is so infectious that we all take a good look and join in with a flurry of enthusiastic nodding..

Suddenly he raises his hand and signals for us to be quiet – there!  In the near distance, a tiny head is bobbing, only just discernable against the wind-swept land. It’s a grey fox, and it is running slowly towards something. It backtracks, advances, steps sideways, then advances once more. The object of its attention is soon very apparent – to the right is a guanaco corpse, its fur mottled with brilliant streaks of red.

¨In all my years as a guide, I have never seen a fresh kill!¨ Henry exclaims, his hands beneath his chin as he watches the fox approach the body, ¨This guanaco has only just been killed by a puma, so the fox has to be careful – pumas never go too far from their kill.¨

The fox is hesitant. So hesitant, in fact, that 15 minutes later his cautious dance is still continuing. This moment is too precious to pass up, so we buckle down and wait. The snow from the morning had long given way to blue sky but now begins to snow again. This is the reality of Patagonia – you can expect all four seasons in a single hour. The moment is completely magical. 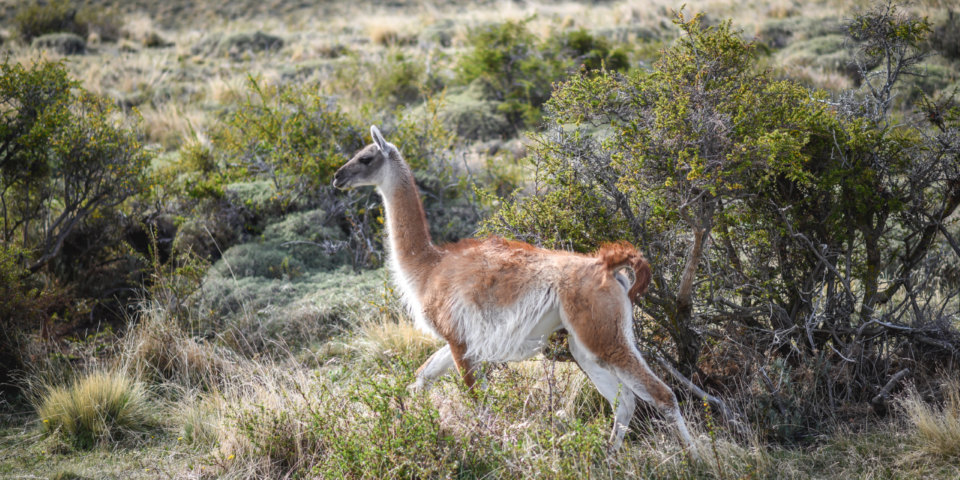 ¨Pumas live all over North and South America, from Canada right down to Chile.  They are normally hard to spot – that’s why they’re called ‘shadow cats’. But here in Patagonia, these cats don’t have any other competition – they are at the very top of the food chain and everything depends on them,¨ Henry tells us as we lay in wait, ¨They kills things like the guanaco and sheep, and tear off the meat that birds like the condor can’t pick off. When they’ve finished, it’s time for the foxes and the birds of prey to take all the rest¨.

It is while we are on the ground, with our teeth clattering and limbs shivering, that it happens. On the hill ahead, completely illuminated by the sun, the object of our quest finally appears – a puma. At that moment, adrenaline begins to course through my body and I become completely disorientated, as if I finally understand my place in the food chain.My past memories swell, converge, and disperse in that second – none of it matters. There’s only this place, the puma, and I, two living beings being pounded by the wind and snow brought forth by the volatile clouds of Patagonia.

The fox, meanwhile, gives up. I guess guanaco was just not to be on the menu today.