PHILIPPINES: PORTRAITS OF A PEOPLE

by Lightfoot
Jacob Maentz decided to photograph the lives of the indigenous people of the Philippines before their traditional lives are lost forever.

A hike through the jungle of the Philippines can be a life-changing experience, but for photographer Jacob Maentz it left an indelible mark. For the documentary maker had been given the chance to film who are believed to be the first settlers of the Philippines, the Agta people of the Isabela Province. During his time with them he got to learn more about their hunter-gatherer lifestyle and the struggles that they are facing. Immediately he knew that he wanted to help: “I wanted to do something to help promote and educate people about the Agta people we had met and the other indigenous groups throughout the archipelago.” So Maentz chose to launch Project Katutubong Pilipino and document the lives of as many of indigenous people of the Philippines as possible..

The first area that Maentz decided to visit was a Tigwahanon Monobo community in Bukidnon, Mindanao. “I wanted to find a place that was really far in the mountains and we had a contact in the area. Everything fell into place for the trip,” explains Maentz. 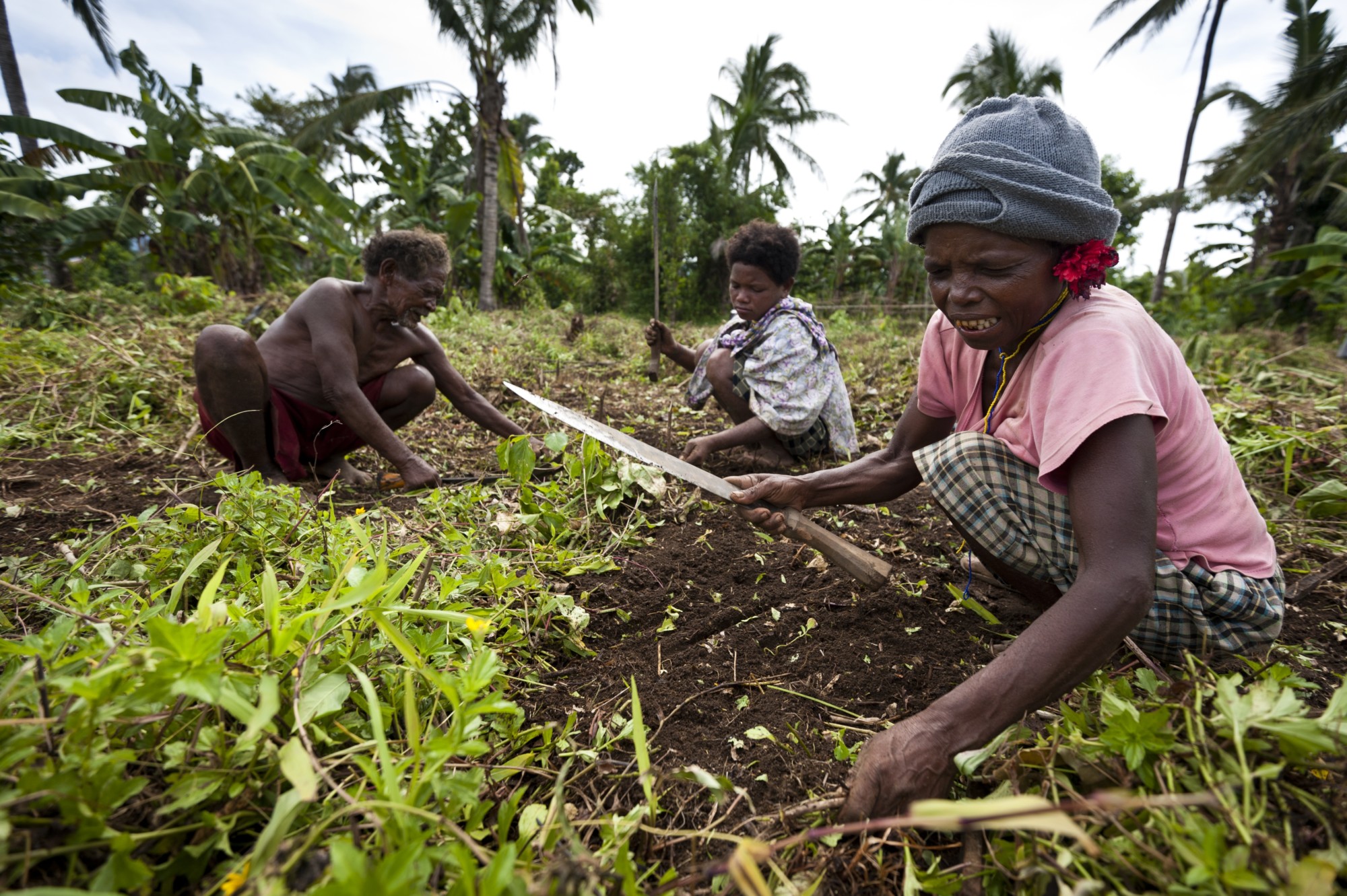 A friend of Maentz knew a local in the area and they were able to reach out to him. “Much of the planning happened on the ground once we arrived before hiking into the mountains,” says Maentz.

Aware that he would be cut off from electricity. Maentz filled his luggage with batteries and hard drives so that he could back up any of the material he shot. “It’s not unusual for me to be away from electricity for more than a week at a time,” says Maentz.

The Tigwahanon Monobo community welcomed him into their home in the same way that the Agta people had done. They took him into the jungle with them to go hunting. And he photographed them as they climbed vines to get the much sought-after honeycombs. They also told him about their fears – being ambushed by other tribes, confusion over logging laws and a lack of acceptance by people in the town. 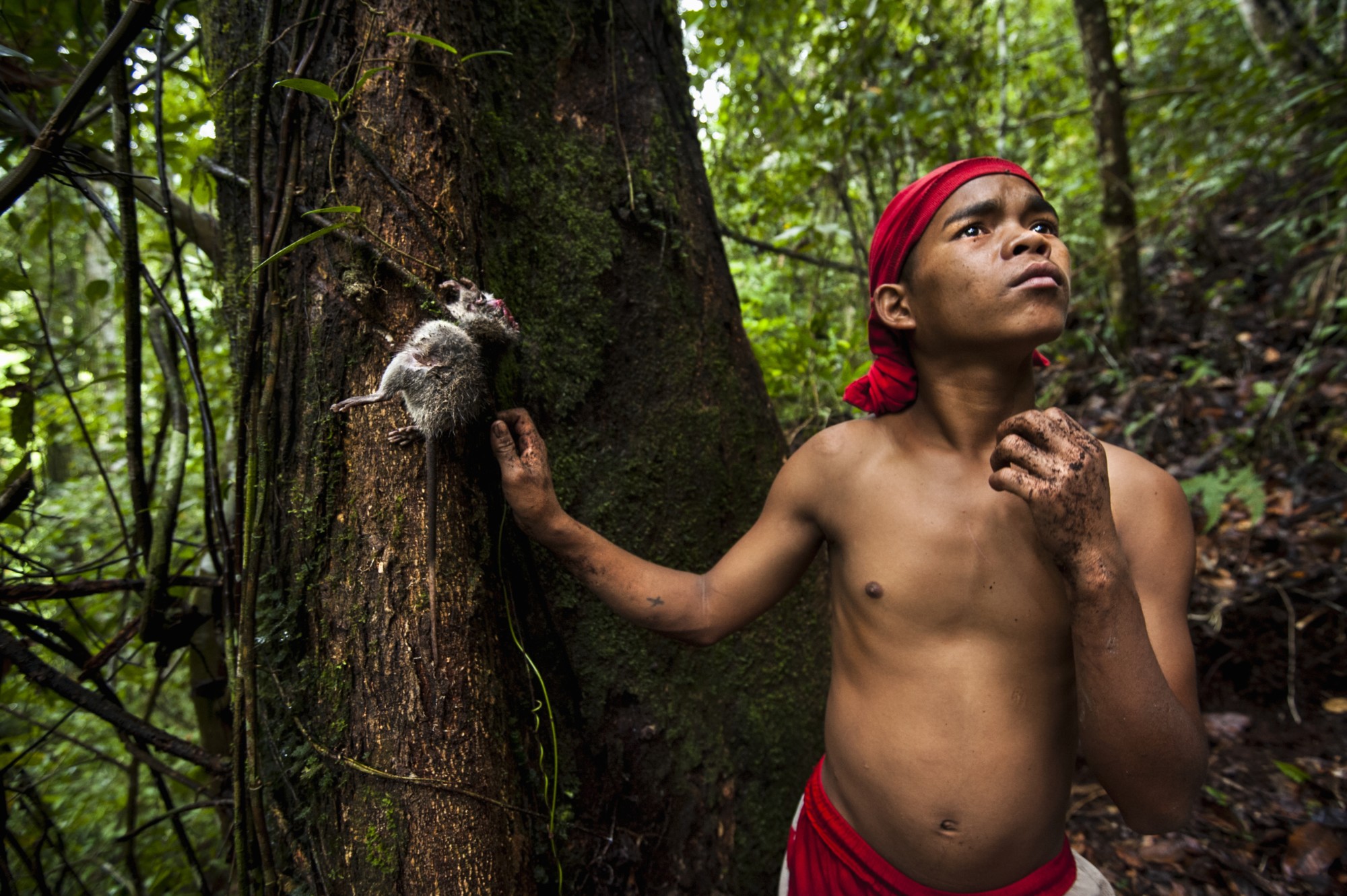 After the success of his trip to meet the Agta people and the Tigwahanon Monobo community, Maentz then decided to head to Tawi-Tawi in the Sulu Archipelago to photograph the Sama-Bajau and Tausag people. A week before he was about to leave, a foreigner was kidnapped in nearby Bongao and the US Embassy sent out an email suggesting that all US citizens defer trips due to the ‘high threat of kidnapping’. However, after months of planning, Maentz was still determined to go. “Because of the security concerns there we had to travel with a large convoy and had Philippine Marines for security. It obviously changed the dynamic of things, but it was the only way to travel and take photos in this area,” says Maentz.

And his trip was more than worth it. Not only did he get the chance to photograph this untouched paradise, but he was invited to spend time with the skilled shipbuilders of Sama-Bajau, village weavers and photograph a Bajau wedding. As a community who relies on the marine environment for their livelihoods, he also got to learn about other issues that they face such as marine development and coral bleaching. Maentz was more than pleased he had made the trip: “It turned out really well and the people in Tawi-Tawi are so lovely and welcoming”.

For this trip, as with all trips, Maentz is thorough with his research: “The better informed I am about the area allows me to ask questions that in turn often open up more opportunities,” he explains. And he would also never go without his guide. “This is probably the single most effective way to build trust with a community because we are entering with someone who is already respected among them.” 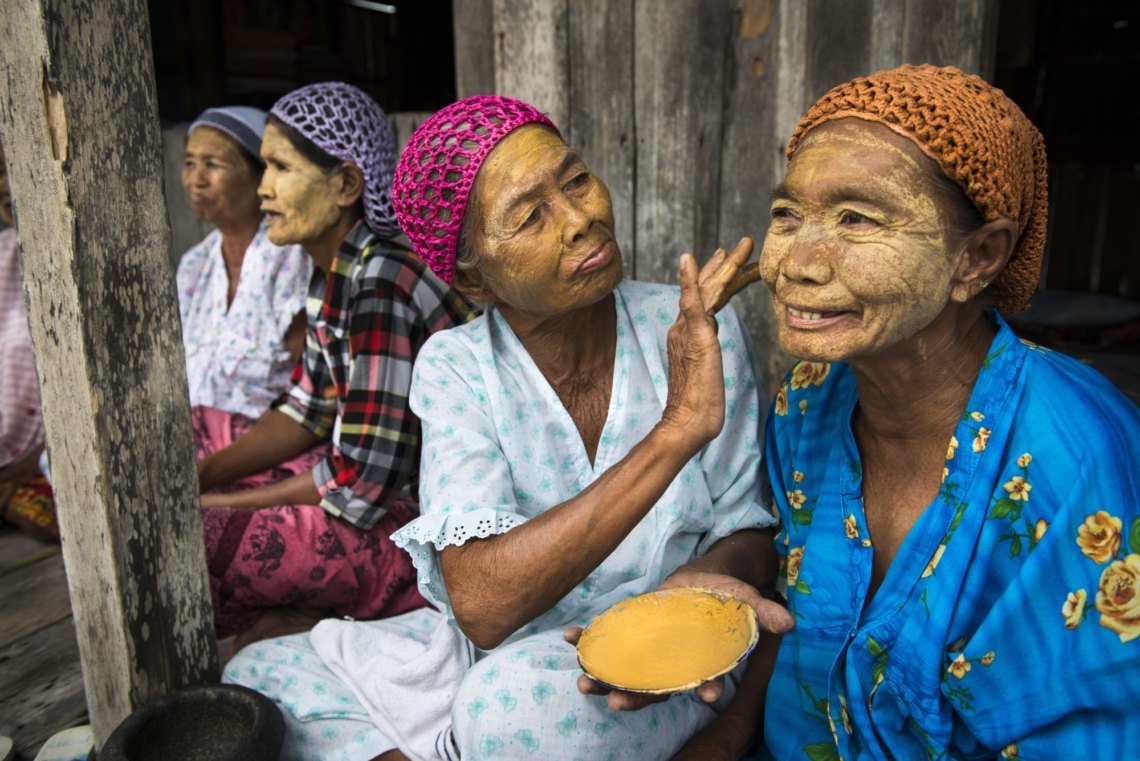 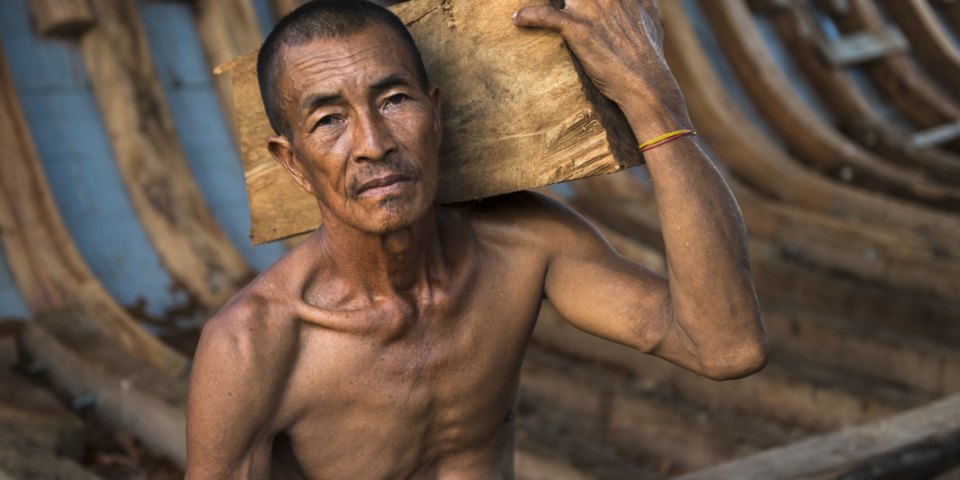 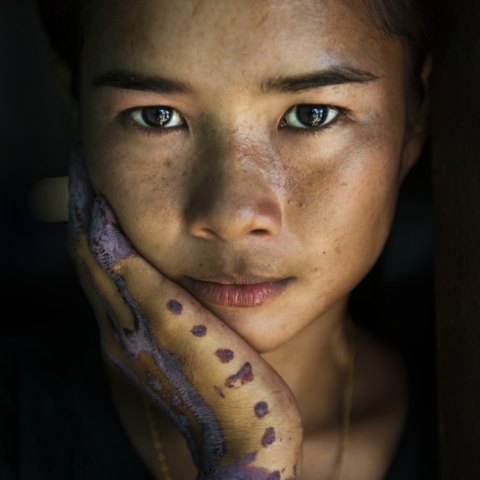 When Maentz first reaches a community he usually spends a day or two just getting to know the people, their families, their traditions, beliefs and practices, and he will try to partake if possible. This included eating monitor lizard in Palawan, joining in with a rice wine fuelled tug-of-war in Ifugao and chewing a betel nut with the Agta community. Although the betel nut was probably a tradition he would rather have skipped: “I couldn’t stand up for over an hour. I honestly didn’t know it had an altering effect on the body – I thought they chewed it for the flavour – and I learned it the hard way,” he says.

The images that Maentz has shot so far have been exhibited at Yuchengco Museum in Manila. The feedback that Maentz enjoyed hearing the most was from university students. “Many of the students who contacted me ended up doing a report or even their thesis on a topic related to indigenous people. Knowing that in some small way my images have helped educate and inspire others always humbles me,” he says. 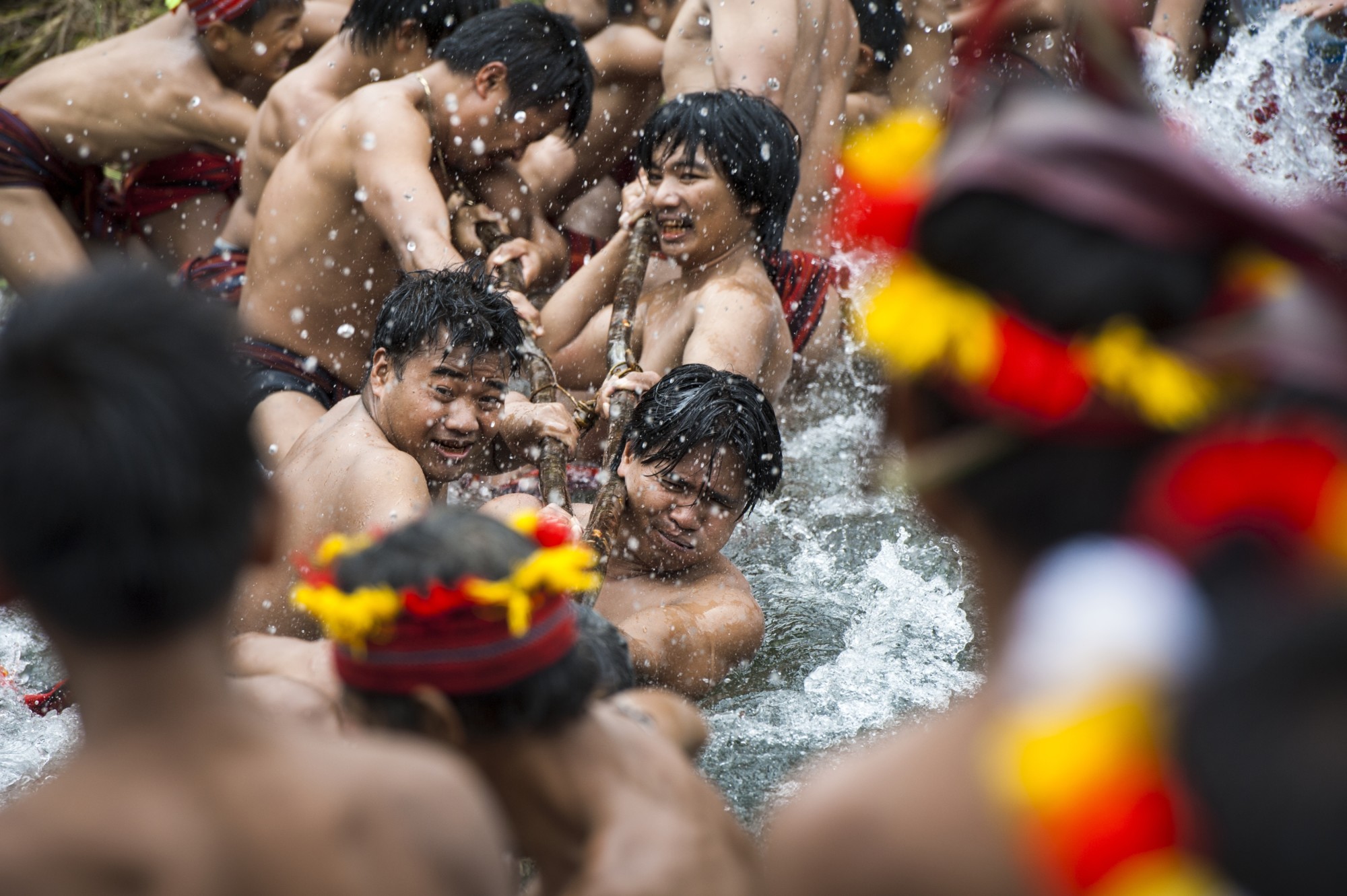 Maentz will be taking five more trips on behalf of the project this year. Some of these trips are to new areas to highlight the lifestyles of other tribes and others will be to return to tribes that he has worked with before so that he can tell more of their story. The results Maentz hopes to turn into a keepsake book.

“I hope people will begin to gain a certain level of respect and appreciation for indigenous people. Photography can be a powerful medium to get a message out or to tell a story and I want my images to do just that. I want people to learn about the challenges and struggles that the indigenous people of the Philippines are facing,” says Maentz. “At the same time, I hope to inspire indigenous people themselves by helping to showcase the beauty and depth of their cultures and history.”

For more information on the project visit www.katutuboproject.org

The Philippines is a beach lover’s dream, with over 7000 islands to choose from. The country also boasts simmering volcanos, pristine coral reef, wild jungle and incredible wildlife.

PHOTOGRAPHING THE PEOPLE OF MYANMAR

Photographer David Heath talks to us about five people who made an impression on him on his journey. 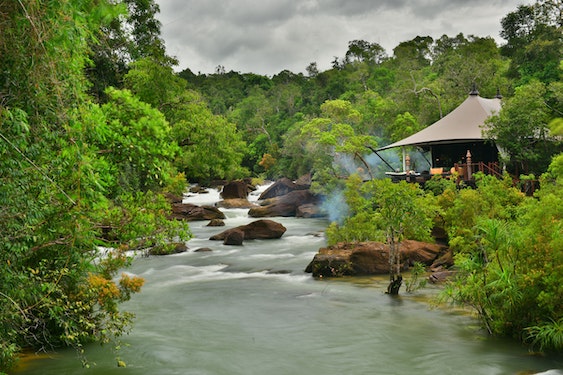 Where else would you want to stay