Bikes, leather jackets and wide, open roads… our adventure was about to begin. A few years back, my friend Professor Pierre Philip and I decided to drive across the world by bike, but in instalments as neither one of us could take a year off. We had already travelled by motorbike across Australia, Vietnam, Sri Lanka and North America, so now it was time to take on South America. On this trip another of my French friends Fred Plazanet decided to join us. So on this trip we had not only had Pierre who is a psychiatrist, but Fred, who is a mechanical engineer – one could look after my bike and the other my head!

We had chosen to ride out from Buenos Aires, across to Mendoza, over the Andes to Valparaiso, then ride up the Chilean coast to Pisco. We would then ride back over the Andes using the Paso de Agua Negra, which is 15,683 feet above sea level. We would then make our way back to Argentina. The route that we planned with Google Earth, would take just 12 days.

Inspired by the film the The Motorcycle Diaries, where Che Guevara and his friend ride on motorbikes through South America, we were ready for an adventure.

On the first day of our motorcycle tour, we were immediately hit by the vastness, the heat and the smells. And it soon became apparent, that riding through Argentina wasn’t like riding through one country – it was like riding through five. Every 200 miles the scenery would change. After leaving the city of Buenos Aires, we were faced with vast flood plains filled with cattle. Next we were kicking up trails of dust on a barren landscape, before we hit through the vineyards of Mendoza where we could spy the Andes in the distance. 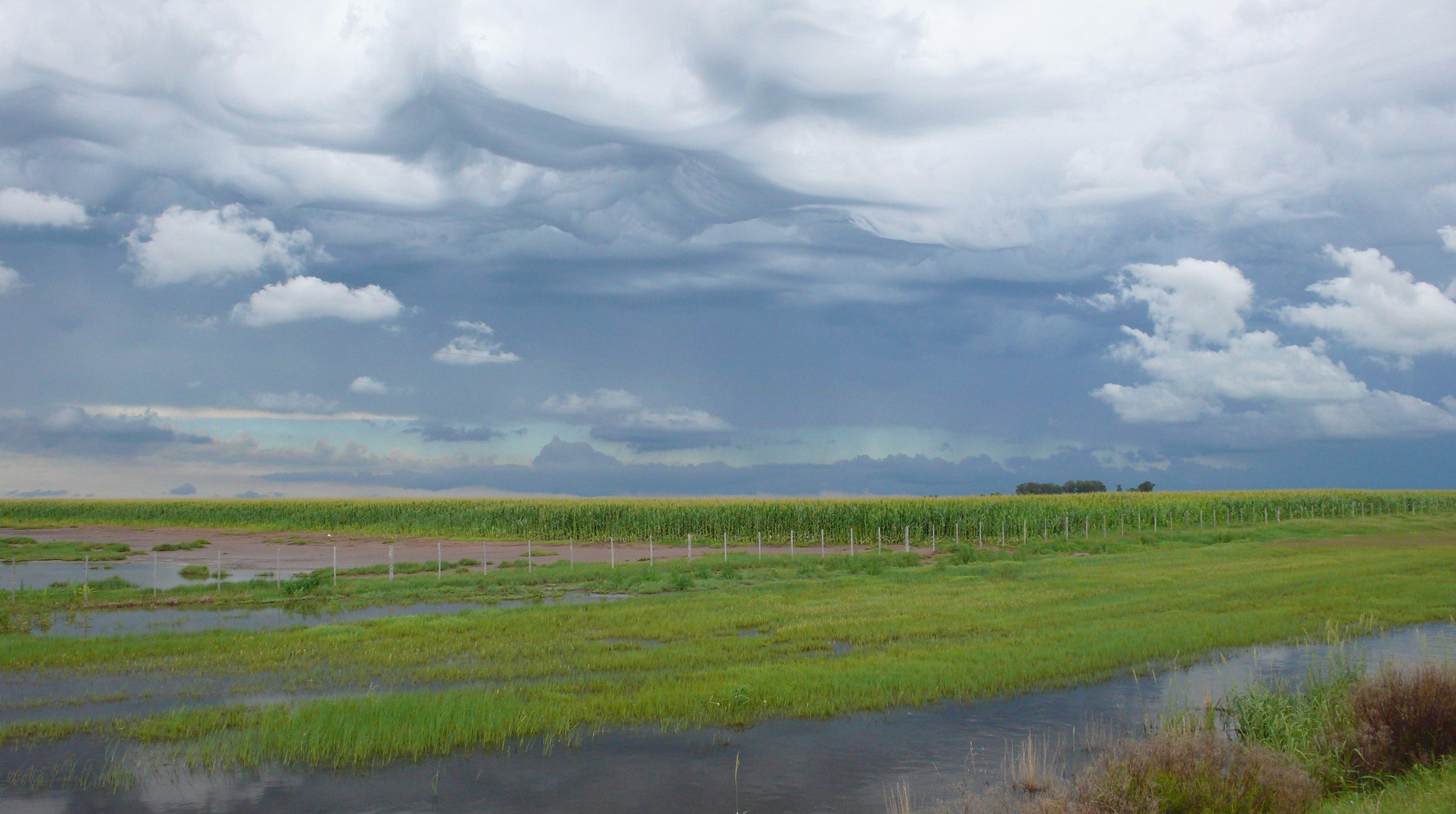 When we reached the Andes, it felt as if we had arrived on Mars. There was no vegetation, no wildlife, just a vista where they could film the next Matt Damon blockbuster. But this rocky landscape would give us one of the most memorable pit stops of our journey. For between the mountains was a crystal blue lake that we couldn’t help but jump in. Hot and sweaty from our ride, it was like heaven. Admittedly we didn’t stay in for long as it was bloody freezing, but it felt so cleansing.

Then as we climbed over the passes and rode down into Chile, the scenery changed once more as we rode down steep mountain roads through yet more vineyards and into the coastal town of Valparaiso.

Apart from the Andes, it was the magical city of Valparaiso that I wanted to see. This colourful, dilapidated port that has left poets smitten. And I also fell for this labyrinth of cobbled streets and ancient heritage buildings that have seen it called a mini San Francisco. It is a very special place. And thanks to the fact it is a port where many ships sailing around South America would stop for some R&R, it has been influenced by many cultures.

After leaving Valparaiso, we rode into the wilds of Pisco Elqui. This picturesque landscape remains untouched and the night sky is a thing of wonder. Free from pollution, when you look up you can see a blanket of stars. And this was quite clearly the night-time entertainment for a load of hippies, who would hunker down on the ground while downing Pisco, which the local brew from grapes. 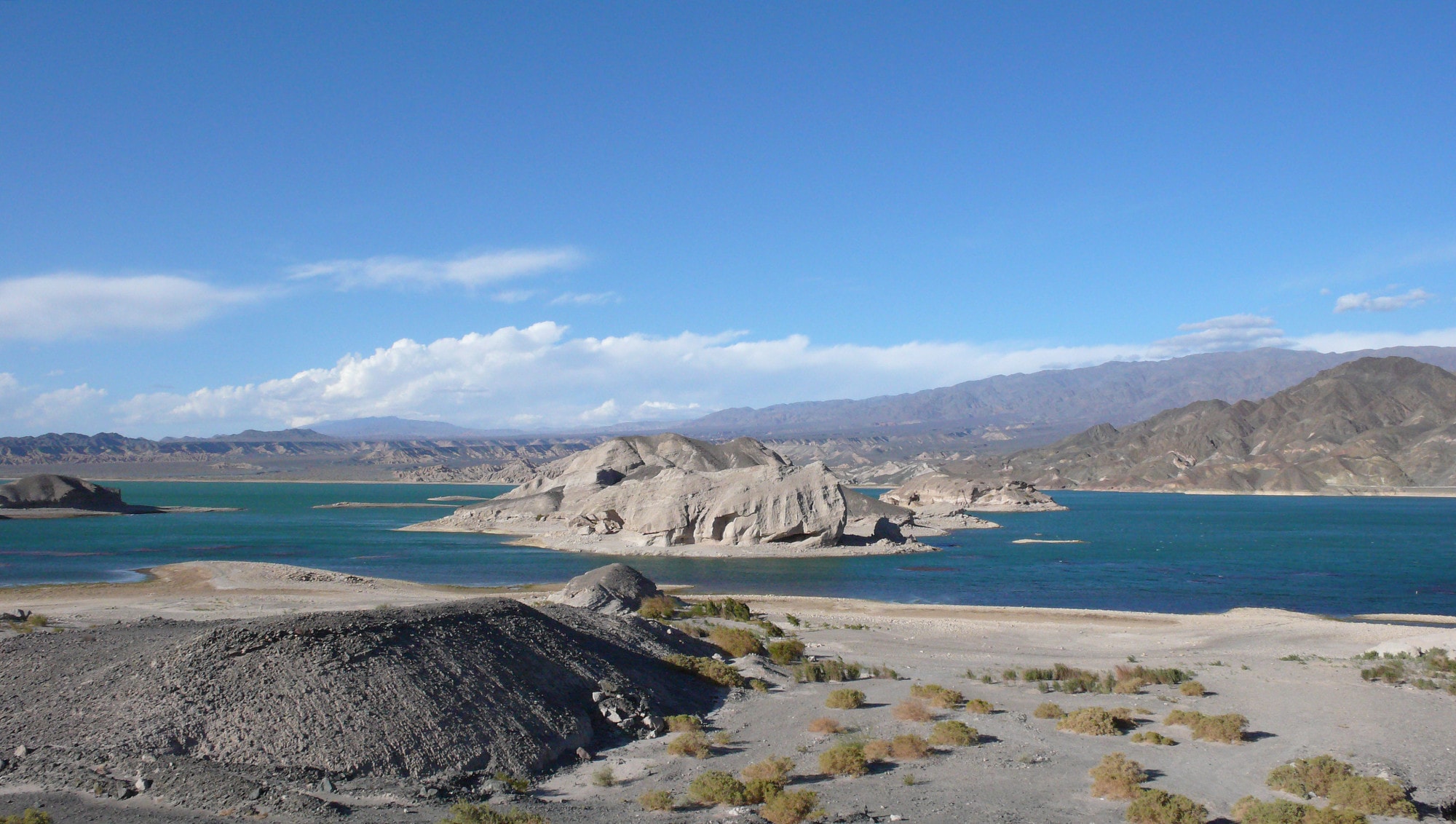 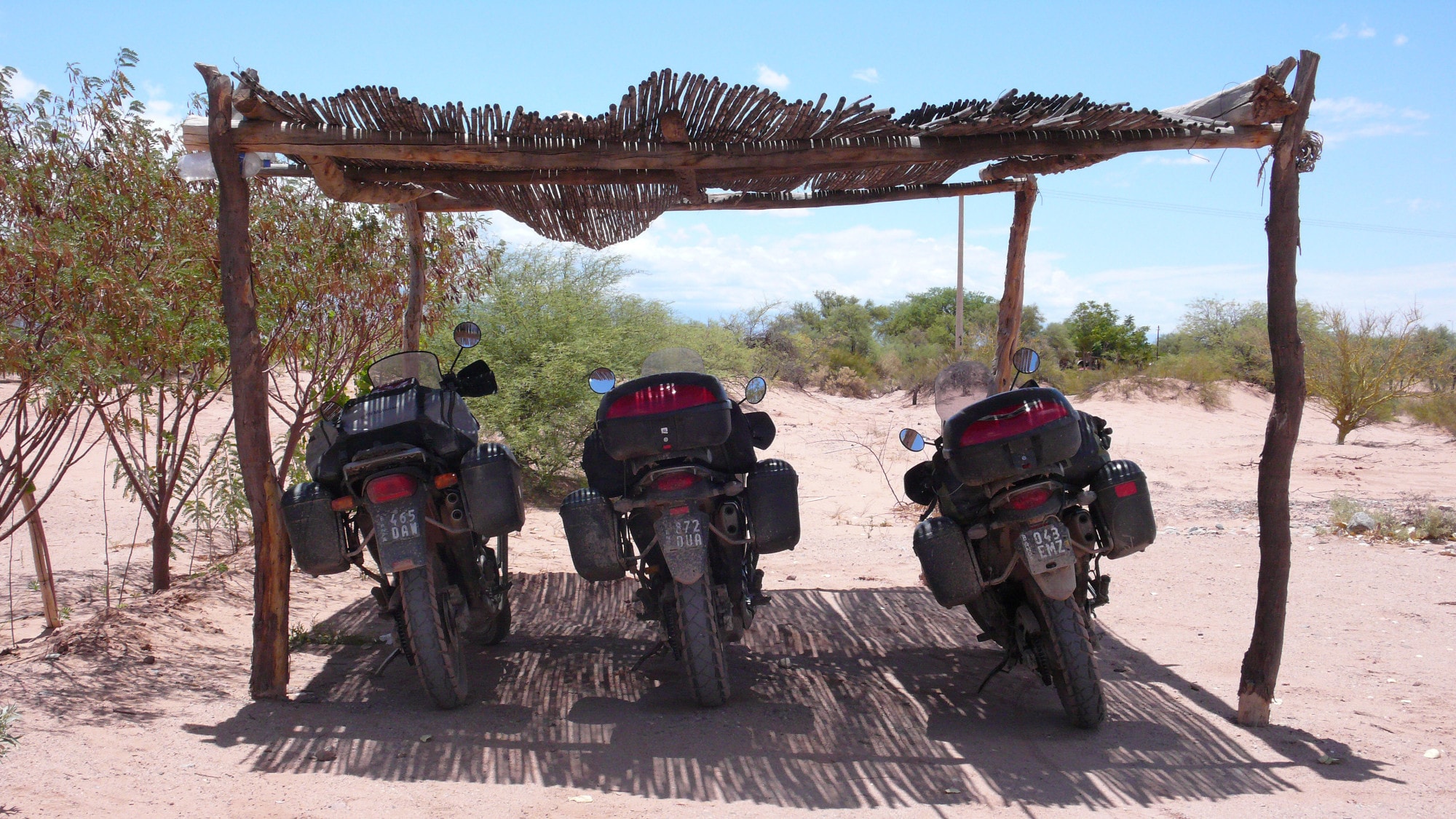 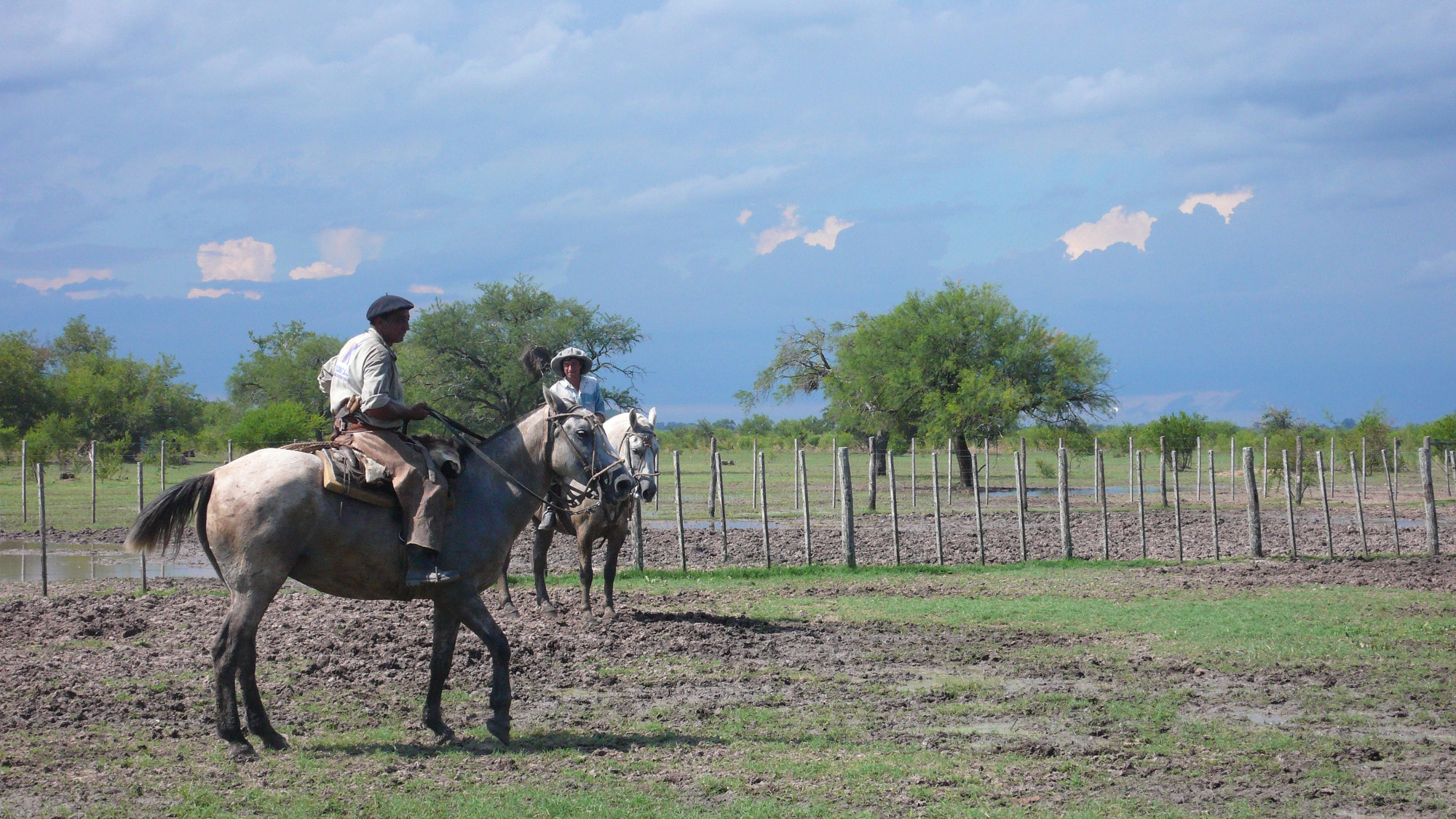 However, it wasn’t the local poison that caught us out, but the altitude. When we crossed the Paso de Augua Negra we were hit by blinding headaches. Luckily we had packed some altitude sickness pills that helped us counter the worst of it.

p>But even with this dull, thudding in my head, I never at any point wished I hadn’t started the journey.

p>As well as being wowed by the amazing landscapes, we met some amazing people on our trip. When we weren’t staying in cheap bed and breakfasts, we were staying in the homes of the people that we met en route. We were also thrilled to meet a retired couple who had driven from Canada on his and her bikes. That’s one hell of a ride from Canada to South America. 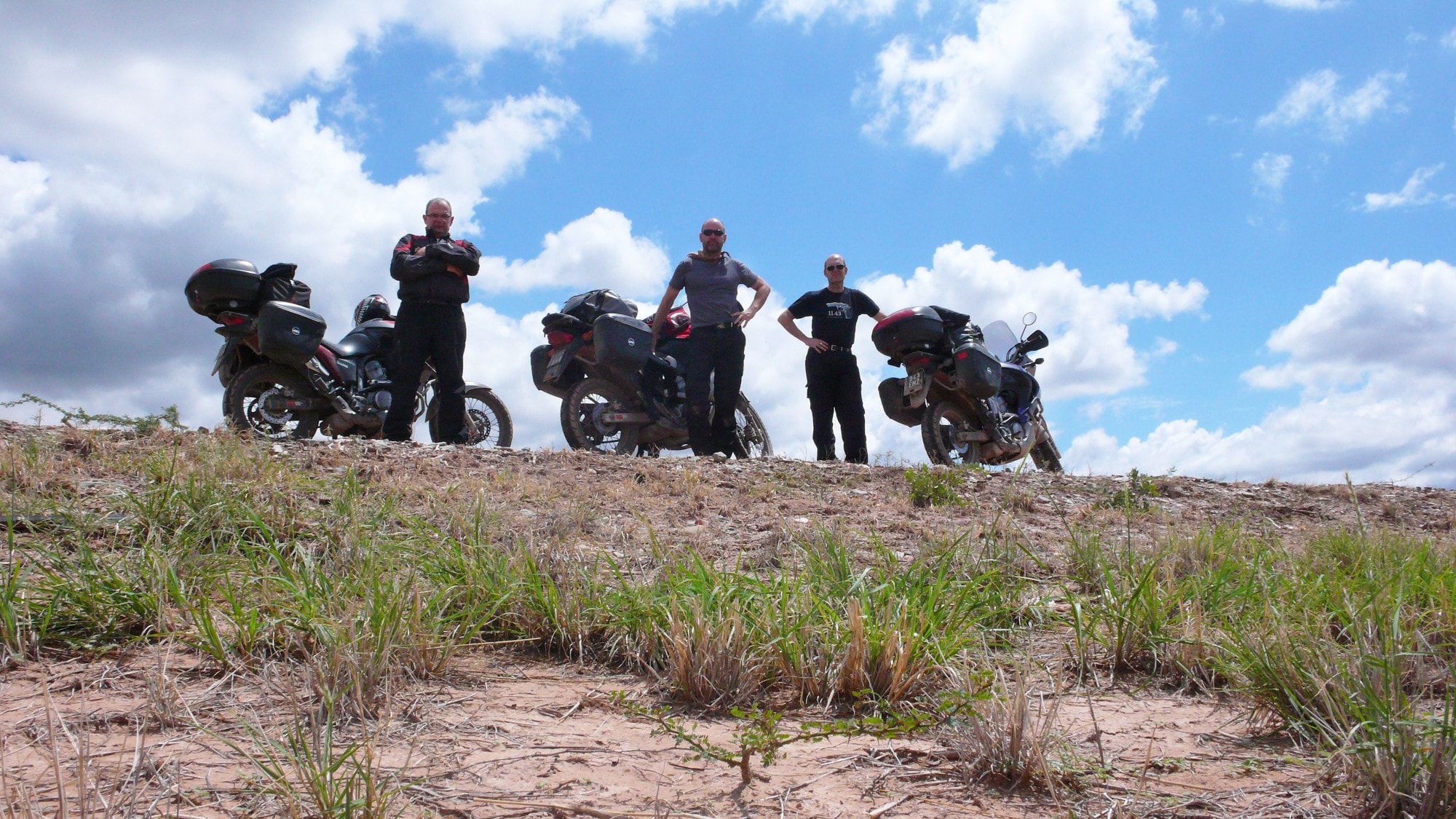 There were no fall outs on the trip. For we had the perfect balance. When you ride a bike you have time to yourself and your own thoughts, unlike in a car, when you feel the need to talk to your fellow passengers. When you get off the bike, you can chat to your friends and other folk. And this was more often or not done with a glass of red wine over dinner. In Argentina we would be chowing down on lots of steak. They really have great organic meat that they cook perfectly on sizzling barbecues. And then this protein-packed treat was switched for mountains of fresh fish when we arrived in Chile.

As we rode back into Buenos Aires, what I learnt about myself about this trip was that I am a voyeur…. But, who isn’t going to get excited when looking out on to such beauty. And South America had definitely made us lust for more. So we got out the guide books and started working out whether the next adventure would be Mongolia or Japan.

Patrick Jackson’s work has appeared in Vanity Fair and Style magazine. It is also on display in the National Portrait Gallery in London. To view more of his images click here.

The birthplace of the Tango, Argentina's natural dance, this city is full of characters all living in small, village-type areas. Lightfoot Travel recommends staying in the leafy Palermo Soho District with its quaint, cobbled streets and quirky restaurants.

RIDING ACROSS PATAGONIA BY MOTORBIKE

﻿Ian Neubauer invites you to pull on your leathers and h...

BUCKET-LIST EXPERIENCES IN THE AMERICAS

﻿Work your way around the world with these bucket-list i...