by Lightfoot
Award-winning documentary photographer Palani Mohan talks his time in Mongolia and cracking jokes with the Dalai Lama
What’s the first thing that you do when you arrive in a new city?

I go to a bookstore. That’s a fantastic place to start. I look at postcards and I look at what’s been written about the place. I love doing that. Someone told me to do that when I was a very young photographer. When you go to a new place, visit a bookstore. Oh and talk to the taxi driver!

How are you finding your new home of Dubai?

In the last three months, I’ve been away for a month and a half so I haven't spent that much time there. Dubai is one big desert. We live on the edge of the desert in this green oasis, greener than Hyde Park, but you take one step away from the roundabout and you’re in a complete desert. It’s an interesting place in that sense.

Which country has had the biggest impact on you?

Mongolia. I’ve done a lot of work in Mongolia over the past 12 years. I am going back there next week. I like the big open spaces and the fact that I am the only person there. The change of seasons is so dramatic – when it’s winter, it’s not just cold, it’s really cold.

Which project are you most proud of?

My work with the golden eagle hunters of Mongolia. It was really hard work, I could have given up, many, many times. I was cold and miserable and I was full of self-doubt. I had this idea to meet the last remaining golden eagle hunters as there are only 50 of them left. The younger generation is going to the city to get jobs. There’s a big difference between men and boys and girls now owning falcons and eagle hunters. One’s falconry, and one’s waking up and living with them and teaching them to hunt.

What’s been your biggest travel disaster?

I’ve had so many. A couple of times I’ve been forced to put my camera gear through the checked baggage and I’ve been separated from them for 48 hours – so that’s a disaster when you are on assignment. And I have got on the wrong plane in Thailand because the places sounded the same.

Where is the most interesting place that you’ve stayed?

During my work with the eagle hunters, I stayed in some really appalling, uncomfortable places – like on top of a barn, where there are cattle and horses underneath you and snoring Kazakh men just a hand’s width away from you. But it makes it more memorable.

Which destination hasn’t lived up to the hype?

China. We lived in Hong Kong for 10 years and as a family, we never went on holiday once to mainland China. I have been there hundreds of times and I never once thought I must bring my kids to Beijing (laughs). I loved Hong Kong as it has this energy, but I never connected to mainland China.

Who is the most interesting person that you met on your travels?

The Dalai Lama. I’ve photographed him a few times for CNN. Christiane Amanpour was doing a series on religion so she interviewed the Dalai Lama and we hung out with him for a few days. She spoke to him about what he thought would happen to his cause after he passes. He is an amazing man and whether you believe in religion or God, or don’t… there’s something about walking into a room when he’s there. I was surprised about how much I liked him and how much I thought he was a unique person. There’s something about him. You can feel the energy. He’s funny, he’s quirky, he wears Italian shoes and has the softest hands I have ever touched in my life. He’s perfect.
I was sat near his feet photographing him and there was a storm outside and it all went black and we sat in complete darkness and he said: ‘That wasn’t me” and started laughing.
He thought I was a basketball player though. After the third time of him asking me if I was a basketball player, I said: “I would never lie to you” and he thought that was hilarious.

What advice would you give to someone who is interested in photography?

What equipment do you carry?

I did the first book ever done on an iPhone so you don’t need a fancy camera. The camera on your smartphone is so powerful. By all means, carry your fancy equipment, but it doesn’t really matter what camera you have. I have a whole bunch of cameras, Fuji, Nikon, and so on, but sometimes I just carry a small Leica or take photographs on my phone.

What souvenir do you always bring home?

I bring back rocks on the beaches. I always wonder about the journey of how it got there.

What’s the hardest thing to photograph?

My family. No one will sit still. They hate it (laughs).

Palani Mohan was at the Global Wellness Summit in Singapore.

Dubai erupts from the desert sands of Arabia - a dazzling glass-and-steel cityscape reaching towards the sky.

If you’re a fan of science fiction and the desolate locations where sci-fi stories often take place, you’ll feel right at home in the Gobi.

PHOTOGRAPHING THE PEOPLE OF MYANMAR

Photographer David Heath talks to us about five people who made an impression on him on his journey. 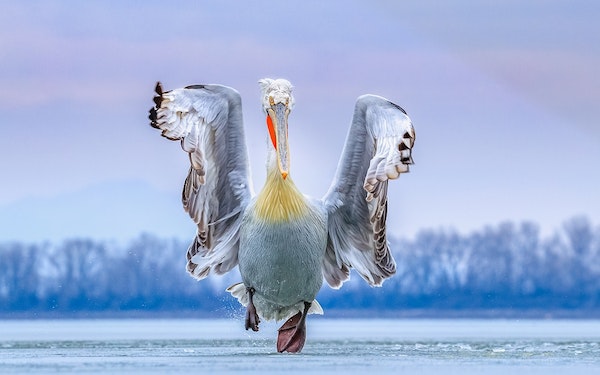 The photographers behind the winning shots of the Bird Photographer Of The Year tell us more about their striking ima...