Learning To Cook Like A Michelin-Starred Chef | Travel By Lightfoot

by Lightfoot
Jonathan Thompson heads to the picturesque homestead of a Michelin-starred maestro, in a bid to improve his kitchen skills

“Zat’s not ze way to cook!” rants the zesty Frenchman in front of me. In one fist he holds a limp, freshly skinned rabbit carcass. In the other a long, sharp knife. I’m not about to disagree.

If there’s one thing more disappointing than my overconfident schoolboy French, it’s my under-confident schoolboy cooking (read instant meals). So I’d traveled here, to a Michelin-starred auberge deep in the abundant heart of Provence, to tackle both bêtes noires as one.

La Bastide de Moustiers might sound like the title of an Alexandre Dumas novel, but it’s actually a boutique hotel and restaurant – owned by France’s most celebrated chef, Alain Ducasse.

One afternoon in 1994, so the story goes, Ducasse was riding his motorbike through this part of rural Provence. As he rounded a corner, he suddenly beheld the 17th-century Bastide (‘country house’), “rising up out of the fields of lavender and olive trees.” It was love at first sight and – fortunately for the property-hungry chef – the house was already for sale.

After buying the bastide, Ducasse created the unique 12-bedroom hotel which stands here today (and recently underwent another major renovation for Spring 2018). His concept was to create the ultimate “safe harbor” in one of the prettiest pockets of Europe.

Ironic, then, that I’ve picked somewhere so cozy to leave my own comfort zone. For the duration of my crash course in gastronomy, I’m at the mercy of Ducasse’s chief culinary henchman – Christophe Martin.

Kitted out in a set of pristine chef’s whites, I start with the easy stuff. First I’m introduced to La Bastide’s glamorous pastry chef, Martina, who shows me how to create the petits fours to be served with coffee. I mix pine nuts and raisins with flour and three carefully broken eggs, before piping the gourmand gloop into a cake tray and hefting it ovenwards. So far, assez-bien.

To her credit, Martina is calm and patient, and we get along fine in tentative French. The experience couldn’t be further from the Kitchen Nightmares-esque scenario I’d envisaged: all flaming pans and shrieking, flour fingered psychopaths. This is more like baking cakes with a doting relative.

When the petits fours emerge, it’s immediately obvious which are mine and which are Martina’s. Namely because hers are pert, fluffy, and golden – while mine are shriveled and lopsided. Martina laughs and says they’re “très bien”. I’m not sure the officials from the Michelin Guide would agree, but at least my pidgin French is starting to pick up.

For the main course, I’m instructed by Christophe Martin himself. My first job is dissecting the rabbit carcass he thrusts at me with one word: “Roger” (even my French is robust enough to know this is a joke). The task isn’t as bad as it sounds: it’s more clinical, as I learn how to extract the most meat with tactical chopping and slicing, starting around the rabbit’s spine.

Christophe is an old friend of Ducasse and travels the world to supervise his best restaurants. “Wherever I put my suitcase, that’s my home,” he smiles. “And my suitcase is full of saucepans.”

Learning one step removed from a maestro is fascinating. Garlic is always crushed under the palm (“faire claquer”) rather than chopped, while the skin is left on as it’s tossed into the pot. Next, I learn how to core a carrot (which Christophe says should always be done, because the center “tastes like wood”), not to mention the key differences between 14 types of basil (until today I didn’t realize there was more than one type).

It’s a great deal of fun, working in this sunny Provencal kitchen. Christophe is at pains to point out that this is the Ducasse way: the preparation of good food is something that should be both enjoyable and relaxing. It’s an approach championed by all at Bastide de Moustiers, including the incoming resident head chef, Frederic Garnier.

La Bastide’s five-strong kitchen team dart about the kitchen like a school of fish in a fast-flowing stream. Lines of herbs hang from the homely ceiling like permanent Christmas decorations, while dusty, outsized glass jars house exotic ingredients on high shelves.

Our rabbit stew is left to bubble away as we move onto a starter: lamb ravioli. Again, Christophe passes on a number of little tips, including his ardent assertion that summer savory is the best herb for lamb in any situation; never mint.

As we prepare the fresh pasta (my job is folding and sealing the ravioli), La Bastide’s two full-time gardeners appear at the door with trays of fresh homage to the chef. It’s snapped up, washed up, and chopped up with terrifying speed.

The view from the kitchen doorway is spectacular. The sun-drizzled courtyard is heavy with lavender and, once my kitchen work is done, I adjourn to the heated pool and soak up the stunning views unfolding across the verdant valley. There’s a deep sense of peace and tranquility here: as if summer itself has somehow been captured in one of those dusty, outsized glass jars, and the lid firmly sealed.

I feel a strange sense of pride that evening when sitting in the small dining room, I watch guests order and eat the lamb ravioli and rabbit stew from the menu. It’s not often you get to enter the home of a Michelin-starred chef, let alone cook in it. You have a completely different appreciation of food – haute cuisine or otherwise – once you’ve been in a kitchen like this: the effort, the artistry, the preparation that goes into the delicate, complex flavors. Having said that, I can still recognize my work – and cringe – when the petits fours are served to a table of businessmen.

What I’ve learned from this little corner of paradise is more than just a few recipes and a smattering of French phrases. It’s an acceptance that making good food doesn’t need to be either difficult or stressful. Time’s up on my instant meals: the easy option is neither relaxing, healthy or fun to prepare. It’s not ze way to cook. 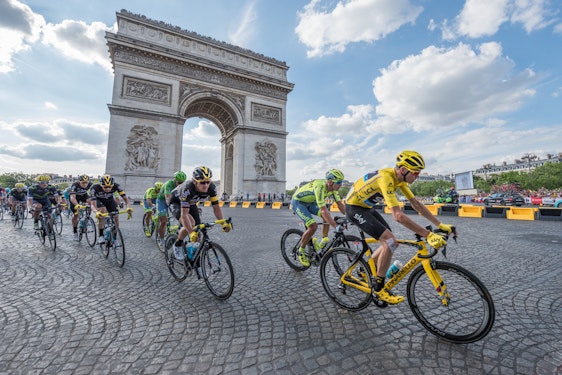 Saddle up and take a ride through these picturesque destinations 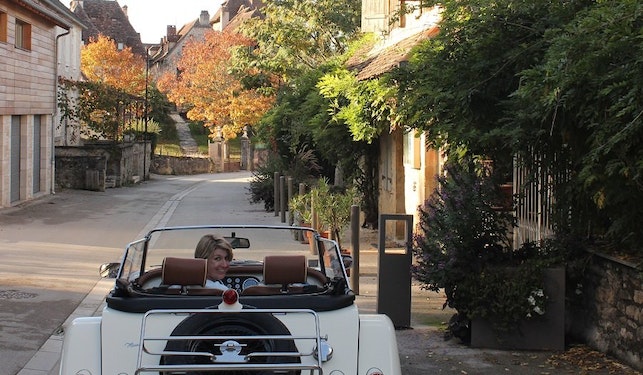