The Horse Whisperer From New Zealand | Travel By Lightfoot

Andrew Froggatt, the go-to guy for badly behaved horses, is now using these horses to let humans learn more about themselves. If you want to see Andrew in action on his farm near Queenstown, Lightfoot can weave it into your holiday to New Zealand

Licking their lips, lowering their ears, bowing their head – they are talking to you all the time, says New Zealand’s famed Horse Whisperer Andrew Froggatt: “You just have to pay attention.” The 42-year-old New Zealander, has found fame not only for being able to train a horse that everyone else has given up on, but for using these horses to help humans understand their own weaknesses. Since launching his company Lead The Way, Froggatt and his four-legged pals have trained New Zealand rugby coaches, helped senior managers learn to communicate more effectively and inspired underprivileged children.

While he may have some of the world’s best sports people on speed dial; be the inspiration behind a recent BBC drama; and have one of his horses that he rescued take the lead role in a blockbuster movie, the quietly spoken New Zealander, seems almost bashful about his success.

He lives and works on the 160-acre farm that’s nestled in the Southern Alps near Queenstown. Often found walking out to check on the horses with his dog at his feet he looks like your average farmer. But the steely gaze, weathered skin and five o’clock shadow show that he’s a hardworking one who has spent many hours breaking horses in the arena that lies at the foot of the mountains.

Froggatt felt the need to train horses after reacting to how he would see local farmers break their horses when he was younger. Their tough tactics would leave the young Froggatt horrified as he knew that there was no need to treat them this way. He would do anything to spend time with the horses, including walking 6km in the rain to his grandfather’s house, until he was given his own pony at the age of 10.

But it wasn’t until much later that he decided to turn it into a job. When studying landscape architecture at Melbourne University he saw that they had a course for horse management. He seemed to practise the philosophies that Froggatt believed to be the best way to treat horses, so at the age of 21 he switched career.

Froggatt’s new techniques, mixed with his genuine affection for horses, saw him make progress where others had failed. He became known as the go-to guy when it came to breaking and re-educating badly behaved horses. But Froggatt says that his technique was largely due to patience. “It took me 45 hours to train the race horse Jungle Talk to get into the starting gates, but on his first race he won,” Froggatt explains. 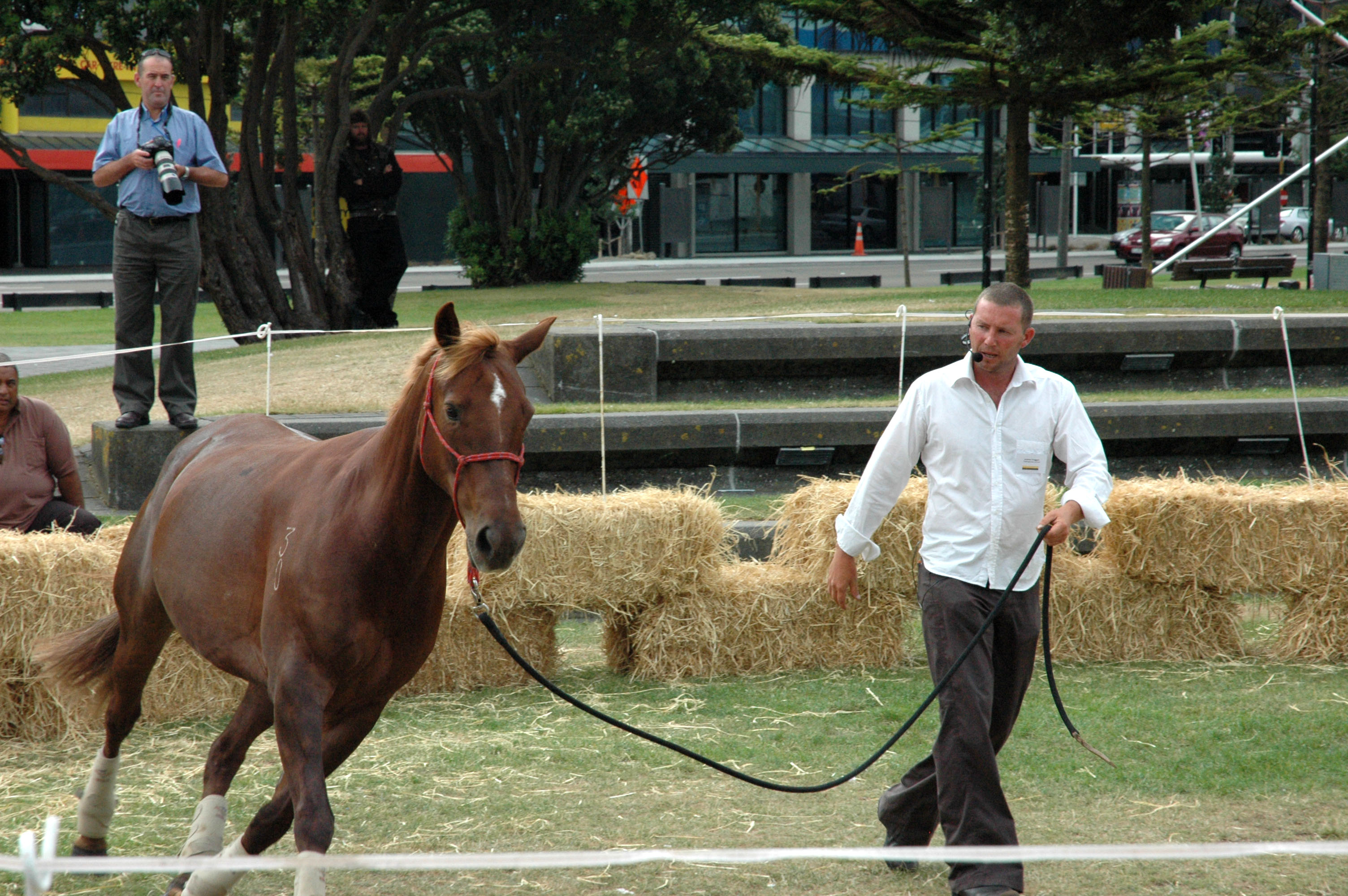 Froggatt started his first business Talking Horses with his former partner 14 years ago, then after they separated he went onto launch Lead The Way near Queenstown. At the farm in Queenstown, where he lives with his partner Sam Glazebrook, he has seven horses who he uses to help train his human students. The horses can be bounding around the arena, but when they come face to face with Froggatt they will put on the brakes and calm down.

Horses, Froggatt explains match your energy levels – they can even match your heartbeat. So if you’re “relaxed and cruisy, they’ll be relaxed,” says Andrew. “But if you’re wired, your horse will get stressed out too.”

Froggatt has been using this knowledge to help put those rugby coaches and corporate managers to the test. “If they’re a bit of a bully, we’ll match them up with a horse that fights back,” says Andrew. “If they’re lacking confidence we set them up with something quiet so it can give them a boost.”

They used to have a donkey and if he was brought into the arena to work you knew that you were in trouble. “He was quite testing, could go quite stubborn, people had to learn how to get the best out of him otherwise he would shut down,” explains Andrew. “A real personality.”

However, as tough as the coaches might find it, these horses have already been trained heavily by Froggatt.  “It takes six weeks to get [the horses] to be really reliable, dependable. First two weeks, you set things up how you want them. The next two weeks, are about getting them out and about and testing them a bit more. And then you need to get them out into the crowds and with other horses and see how they respond.”

The key is that he pays lots of attention to the horses and picks up on their tells. “The horse soon realises that I’m not missing anything,” says Andrew. “I won’t praise them until they look me in the eyes. It’s like a parent telling a child not to look at the floor when you talk to me.” And while Andrew might not be abundant with treats in his training he will use a lot of praise. “We set up a lot of basic boundaries, personal space – respect where the hindquarters is where the power is,” says Andrew. “Rub it, make friends… spend a bit of time, get to know them.”

He jokes that they can change a lifetime of habits of a horse within a matter of weeks, but adults take longer. However, there was one young adult whose life changed dramatically after working with one of the horses. Andrew often invites the teenagers from the local young offenders centre to work with the ponies. One 16-year-old autistic boy who refused to speak, instantly blossomed after leading the pony around the arena. When Andrew made a follow-up call to the centre to see how the children found it, he was told that this young boy had started talking and hadn’t stopped. “All he did was pat the horse and walk him round,” said Andrew. “But as, other similar courses show, it’s pretty powerful.” 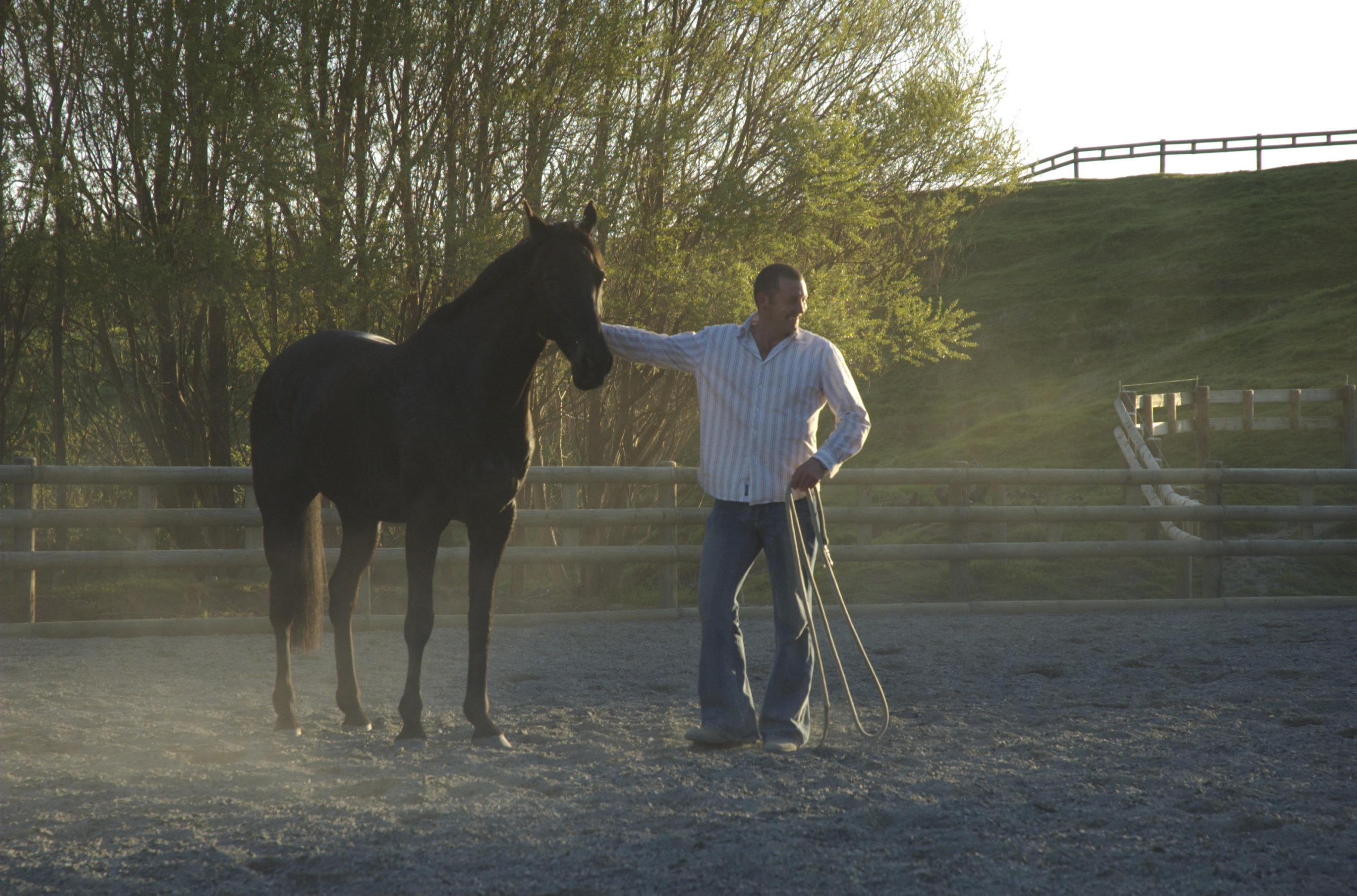 Froggatt has trained more than 6,000 horses over the past 20 years. He doesn’t wait for owners to bring their horses to him. He will drive out to the sheep stations near Queenstown or Christchurch that he thinks they can give a better home to. He has broken many wild horses throughout his career. While they might be difficult to catch and may give him a “nip”, Froggatt still loves to work with these animals. “They are beautiful, big and strong and make great jumping horses,” he says. “It’s also great to save them and train them my way, rather that let other people do it who might not be so kind in their methods.”

However, one of Froggatt’s most memorable horse-finding trips was when he found a domesticated horse called George in Gisborne in the North Island. George was a white stallion that Froggatt found in a five acre dirt patch next to a main road. There were two horses tethered by rope at the roadside and George was in the field with a few others. “He was hard to catch, which made clear that he was frightened what was going to happen to him,” says Froggatt. After some encouragement, Froggatt was able to take him back to Queenstown and train him up. Not long after he finished the training he received a phone call from the team behind The Lion, The Witch and The Wardrobe and they wanted George to be their unicorn. So the movie team took George off Andrew’s hands and on to Hollywood. 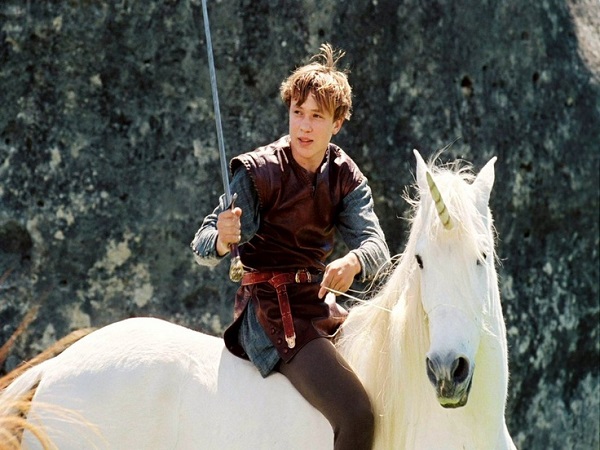 And then it wasn’t long after that Andrew became the subject of a BBC drama. “That was fun,” says Andrew. “They came down and interviewed me about my methods and then used it to create the basis of the drama.” While it starred UK movie heartthrob Barnaby Kay, Andrew was saved for having his own Robert Redford moment. Which is probably good, because he would have been going over their training techniques with a fine tooth comb.

While he says that horses haven’t changed him, they certainly got him a date. His partner Sam joined one of his clinics to see if she could get some tips from Andrew on how to stop her mare from rearing… and the rest they say is history.

While Andrew says that the term ‘horse whisperer’ is just a marketing term that’s someone has created so that people understand what it is. But whatever they call it, it’s clear that Andrew is good at it… “A owner may have a horse for 15 years, but I will have more of a bond with the horse in 10 minutes,” says Froggatt. “I just pay attention to them.”