A HERITAGE WALK AROUND LEH CITY

In big, busy cities, I find that there's  lot of energy, but very little inspiration. It is only the old towns and rustic villages that ignites my imagination. I am making my way through a labyrinth of pathways and stairs that burrow around crumbling chortens, white-washed stupas, old mud-brick houses with carved wooden windows, and obliterated ruins. If I hadn't been accompanied by my guide and friend Damo, it would be easy for me to get lost here. Not that getting lost would be unpleasant – the historic Old Town of Leh is dusty and dilapidated, but charming nonetheless. I am instantly enamoured with its old-world aura. Sitting under bluer-than-blue skies and fenced by stark grey-brown mountains, Old Town or Kharyog (as called by locals) is a treasure trove of age-old secrets and folklore stories that never made it to Indian history books.

To uncover the history of the high-desert city, we start the heritage walk at Leh Polo Ground.This is where locals still play polo in their original style - fast, furious and fewer rules. Damo says one has to be lucky to be able to witness a polo match in Ladakh and once you watch it here, it is unlikely you will enjoy polo elsewhere again, Polo, in Leh has an egalitarian feel. Doorways, balconies as well as roofs of the nearby houses are packed with onlookers, there is an immense energy on the ground. Every goal is greeted with shehnai (trumpet) and daman (drum) sounds. With Damo's vivid description of the match atmosphere, the thrilling scene comes alive in front on my eyes. 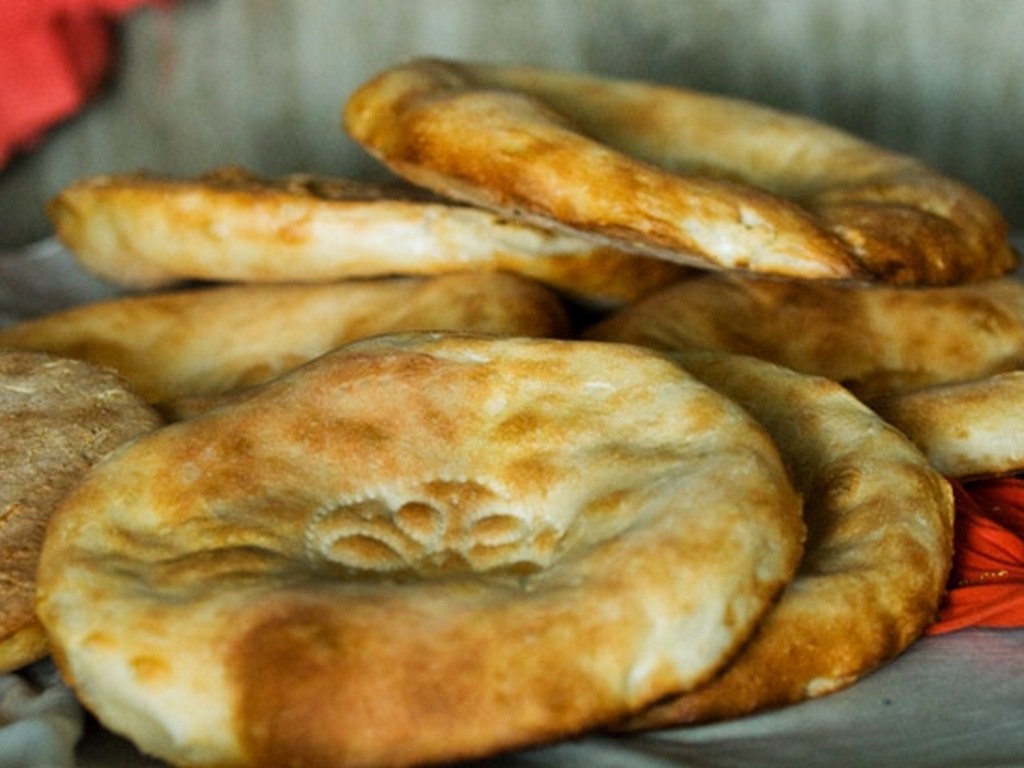 Hanging on to its indigenous aesthetic in spite of the surge in tourism, Leh Old Town is a window to the architectural heritage and socio-cultural history of Ladakh, with links to Central Asia, Tibet and Kashmir. Here, each street and building boasts of an intriguing tale from the past. One of them is Lala's Cafe. The small rest house of Sankar Monastery has now been restored by the Leh Old Town Initiative (LOTI) and is used as a cafe. What catches my attention is Delight Cinema Hall, Leh’s first cinema hall that was opened by three Ladakhi brothers in 1956. A rectangular red brick building with a tin roof, it closed its doors to public in 2013 due to the rising popularity of videos and DVDs. The historic Munshi House, erstwhile residence of the king’s secretary, was once known for its richly-decorated interiors and delicate wooden balconies. Restored and refurbished, it is currently the centre for LAMO (Ladakh Arts and Media Organisation). Damo explains how each one of the 120 houses in the vicinity was allocated a position depending on the status of the family and their relations with the king. In fact, owning a house below the palace was a matter of prestige and a favourable factor in marriages. As per the old proverb ‘Khar-Yog ga Khangpa, Zing-Yog ga Zhing’, a man in Leh is eligible for marriage only when he has 'a house below the palace and an agricultural field adjacent to a reservoir'.

We walk towards the main pathway, on the edge of the Old Town. Suddenly, there is a comforting aroma of freshly-baked bread. We are at Chutay Rantak, the quaint Kashmiri bakers’ street. Earlier, the street was known for its traditional mills that used the strong force of water to grind roasted barley grains into barley flour, which is a staple food in Ladakh. Built by the Baltis (ethnic group of Tibetan descent) in the early 17th century, these water mills perhaps resulted into many bakeries cropping up in the area. Damo enjoys a light-hearted chat with his baker friends while I observe the process of baking khambir (pan-shaped, thick-crust Ladakhi bread) in a tandoor. One of the bakers insists I enjoy khambir with butter tea, a local brew made from Tibetan tea leaves, milk, yak butter and salt. For most people, Tibetan butter tea is an acquired taste, since it is salty rather than sweet, and has a very unique flavour.

For sweeping vistas of the stone-strewn town, we decide to climb up to the 17th-century Leh City Palace (Lehchen Palkhar as described in popular folk songs) that overlooks the town. For those who like to take the easy route, there is a motorable road running to the entrance. Due to lower oxygen levels in the air, the climb is exhausting, but worth the picture-perfect views of the town shadowed by Stok Kangri and Zanskar mountain ranges, and dotted with trees. Built on the Tsemo Hill in 1553 and completed in the 17th century, the nine-storeyed palace is modelled on the Potala in Lhasa. Apart from the view, what impresses me is the museum in the complex. It houses ancient relics of Buddha, Chinese paintings that are over 450-years old, old pictures, ceremonial dresses, crowns, artifacts and more. Leh Palace and the Old Town below certainly played a crucial role in the political, commercial and cultural life of the region. 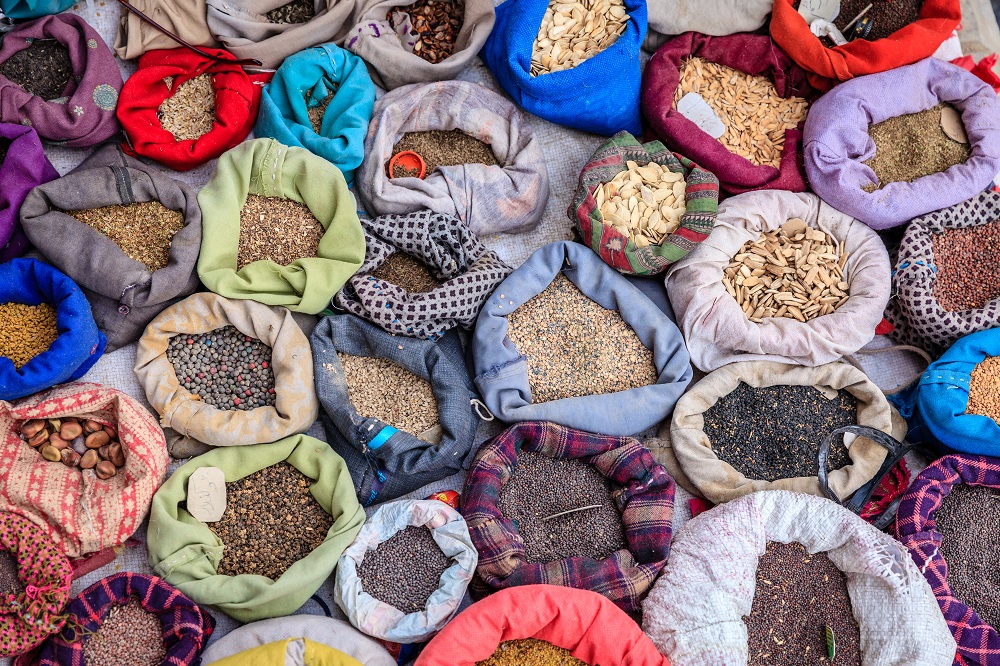 After descending the palace, it's time to have my fill of the bazaars in Nowshar, the lane that was traditionally called the chang gali (beer lane), where women sold chang (local beer) in their homes. The street is bustling with shops that sell Ladakhi robes and colourful textiles, locally-spun woolen clothing, rugs, carpets, ritualistic items, prayer wheels and items of day-to-day use like utensils and metal tools. Apart from fruit and vegetable vendors, we spot spice sellers luring customers with colourful sacks full of Indian spices, dried fruits, nuts and seeds. The main boulevard is a charming, well-lit street with souvenir cum book shops, Punjabi and pizza restaurants, shops selling pashmina shawls, handicraft items, Tibetan silver jewellery, antiques and curios. There is also a Tibetan Refugee Market run by Tibetan families who first fled to Ladakh more than 50 years ago. One of the winding lanes called the Zangsti road is full of little bakeries, delightful yet inexpensive guesthouses, and cafes that serve local specialities like momos (steamed dumplings) and a hearty bowl of thukpa (vegetable noodle soup). With tummies rumbling we took a seat at the Gesmo restaurant, also known as German Bakery. Here we sipped hot cups of cappuccino and nibbled on homemade cookies whilst we did a spot of people watching.

Reflecting on the day spent walking around Leh Old Town, I realised that it is quite a charmer. The town has everything for a curious traveller. With a mash up of historic houses, exquisite monasteries, vibrant bazaars and quaint cafes and eateries, it is a world within itself. I feel fortunate to have visited this enchanting place listed on World Monuments Fund's list of the 100 most endangered sites (due to increased rainfall from climate change and rapid urbanisation). I hope that others also visit but tred lightly so that it still has the chance to inspire others for centuries to come.