by Lightfoot
Now is the time to visit the Great White Continent, before we’re all frozen out, says Jonathan Thompson

Whether or not he penned the advert himself (just one of the many things polar historians squabble about like penguins over pebble nests) it was typical Ernest Shackleton: no sugar coating, no nonsense, no fear…

The ‘journey’ was Shackleton’s famous Endurance expedition: a daring bid to make the first land crossing of Antarctica. To say it became “hazardous” is an understatement akin to saying it can get a trifle chilly at the South Pole.

In late 1915, before Shackleton had even made land, the Endurance became fatally trapped in crushing sea ice, halfway down the Antarctic Peninsula. The ‘Boss’ and his crew watched her sink, more than 1,000 miles from help. Shackleton’s hopes of becoming the first to cross the seventh continent went down with her – and one of history’s most famous battles for survival had begun.

Exactly 100 years later, that selfsame peninsula – a great white arm reaching for the distant tail of South America – looks just as impressive. Thousands of white mountains march off into infinity, only a tiny fraction of them troubled by human footprint. Groups of chattering Chinstrap penguins bicker and bray in cluttered rookeries, while colossal glaciers crack their knuckles with a sound like distant cannon fire. The difference is that, where once Shackleton and his 27 men were beginning a desperate race against death, now tens of thousands of people come every year for the holiday of a lifetime.

In 2016 they celebrated the 50th anniversary of organised tourism to Antarctica – a business that sees more than 30,000 visitors attracted to the magnetic South every year. They come to soak up the unique snowscapes, to photograph the gregarious wildlife – and to sample a slice of the Heroic Age of Exploration for themselves. But their window of opportunity is closing

But in 2014 two international studies (one by the University of Washington, the other by NASA) came to the same conclusion: the destruction of the Antarctic ice sheet has begun and cannot be halted. The ice is retreating, the food chain is fraying and the Great White Continent is dying.

Antarctica is haemorrhaging a monumental 160 billion tonnes of ice every year, with icebergs bigger than Jamaica already breaking off and floating away. Now a new race has begun: to see the Earth’s last great wilderness in all of its chilling beauty while we still can.

The appeal is clear: this is the closest to an alien environment anywhere on Earth – a wilderness so chillingly perfect it borders on fiction. It clearly captivated Shackleton, who made four trips during his own lifetime.

This evening we’re standing in the wild ourselves – in a natural bay on the Antarctic Peninsula, digging in for a night of ice camping. Enveloped in bivvy bags and protected from the wind by hand-dug shelters, we’re as close to the full Shackleton experience as possible – without tucking into tinned dog food rations and raw seal blubber. 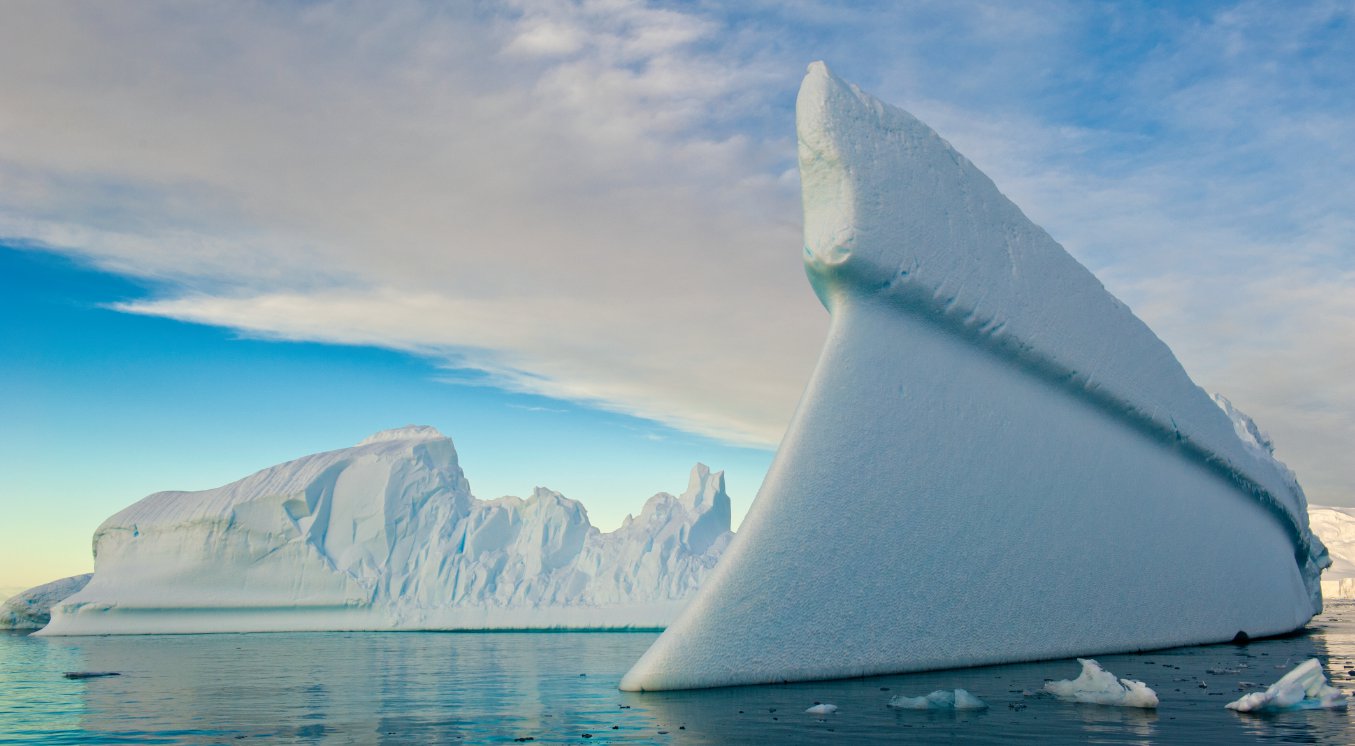 Spending the night on continental Antarctica, simply lying in its frozen, untamed hinterland, is profoundly humbling. We talk, we drink in the incredible view and we speculate over what it must have been like for the early explorers as chubby Weddell Seals snort and snooze a few feet away from us.

The sky blushes pink and then deep crimson, but the sun never leaves its lucid sky. Days last for weeks here between December and March, the height of tourism season.

Our night spent camping on the ice is a standout moment of our 11-day trip that was designed for us by an expedition company. Exploring the peninsula, we kayak with humpback and minke whales, snowshoe to penguin colonies and paddle board through shining corridors of electric blue icebergs. Add excursions to deserted bases, visits to current scientific outposts (tip: they sell ‘blow-your-head-off’ homemade vodka at Vernadsky, the Ukrainian station), and the infamous “polar plunge” – a kamikaze dive into Antarctic waters that’s become a rite of passage – and you’re looking at an experience that could justifiably be described as ‘once in a lifetime.’

Sadly it’s also an experience that could be over in a lifetime. In the same place where Shackleton defied overwhelming odds to save his men from near-certain death, climate change is wreaking murderous revenge on behalf of mankind.

Is tourism itself to blame? Dr Tom Hart of Oxford University answers with a resounding “no”. Indeed, Dr Hart is at pains to point out that 21st-century tourism is considerably more respectful than Shackleton and his cohorts ever were. 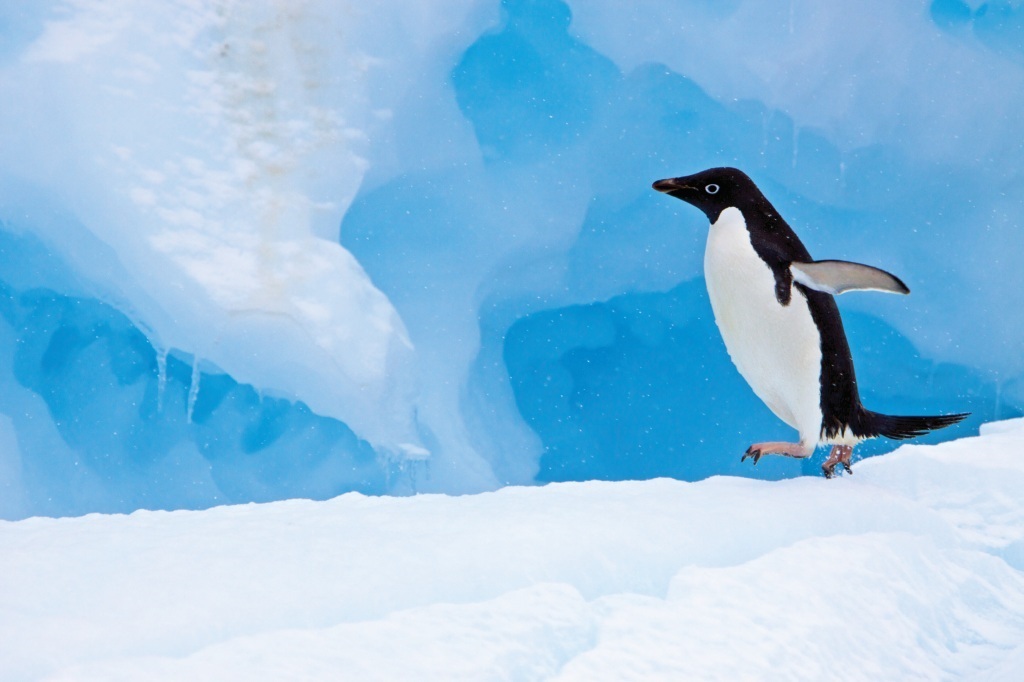 “Early explorers used to kill and eat penguins,” says Dr Hart. “Even as late as the 1960s they’d be shooting seals to feed their dogs. Not to mention the fact that they’d litter all over the continent. Things are far better now under the current system of international rules, which are extremely well regulated.”

“I’m all for tourism to Antarctica, because once people come here and see it, they’re going to be the best advocates for its conservation,” says Dr Hart. “This place is so wonderful, so unique and dynamic, so epic in scale that we need to fight to protect it as much as possible for future generations.”

That’s why it is so important to visit this, the white heart of the Heroic Age of Exploration, while it retains its majesty. Shackleton’s friend and contemporary Roald Amundsen, the first man to reach the South Pole, famously said: “In the light of the sun, the land looks like a fairy tale”. To experience that magic yourself, the time to go is now. Because unlike Shackleton’s Endurance Expedition, this particular tale may not have a happy ending.

Explore haunting expanses of ice white landscapes, get up close to Antarctica wildlife. Experience a customised luxury holiday with Lightfoot Travel designed exclusively for you.

MEET THE YOUNGEST ASIAN TO COMPLETE THE EXPLORERS' GRAND SLAM

In 2017, Marin Minayama, then aged 20, became the youngest Asian to complete the Explorers’ Grand Slam. She talks to... 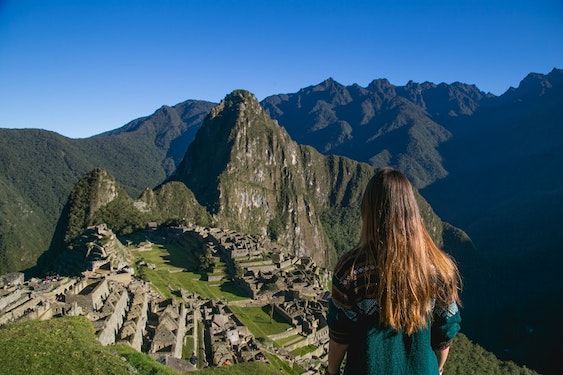 BUCKET-LIST FAMILY EXPERIENCES IN THE AMERICAS

Trips for little people who want big adventures in the Americas

﻿Heli-biking promises all the fun of downhill mountain b...