Cycling Across Cuba | Travel By Lightfoot

by Lightfoot
Celia Topping says why you need to make Cuba your holiday destination for 2019. From drinking daiquiri at Hemingway’s favourite haunt to swimming in a waterfall near Che Guevara’s hideout – this little island is a country full of surprises

The Cuban band strikes up another irrepressible rhythm and once more the crowded room pulsates with dancers dipping and swaying; cheek to cheek, elbow to elbow and back to back, with barely a hair’s breadth between the whirling couples. This is Casa de la Trova, Santiago de Cuba’s shrine to san, salsa and trova – the lifeblood of Cuban music. As another handsome young couple hit the dance floor, the last thing anyone is thinking of is mañana.

Santiago, known as the City of Heroes, for the seminal part it played in the Revolution, is the halfway point on our cycling adventure through Cuba, “Every day above earth is a good day,” wrote one of Santiago’s most famous occupants Hemingway, and it’s easy to understand this sentiment. The year-round summer ensures a warm welcome in a country that literally buzzes with energy on every street corner, dingy dive bar or throbbing dance floor.

Our starting point, a week earlier, is the capital: The shabby elegance of Havana is well documented, but no number of novels, guidebooks nor photographs can really do justice to the city’s allure and charming idiosyncrasies. Cycling into Havana Old Town along the Malecón, or the ‘sofa’ as the locals affectionately call it, I spot the wonderful 1950s American cars cruising past crumbling edificios, while in the background there is always that irresistible music playing somewhere, a pervasive soundtrack to Havana’s faded grandeur. 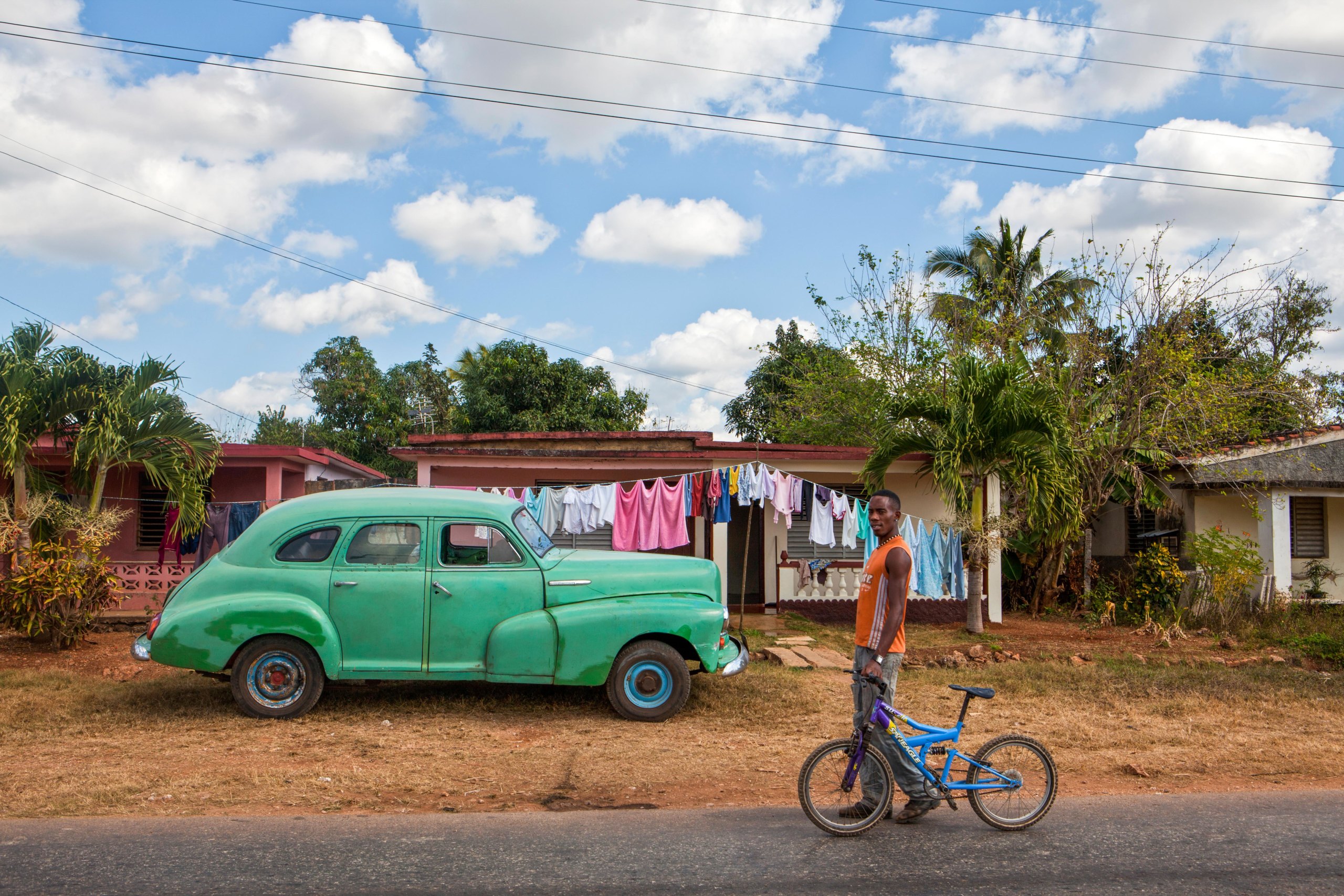 Our driver takes our small group of friends out of the city and across the vertigo-inducing Bacunayagua Bridge, not forgetting to stop at a roadside piña colada bar for a little light refreshment. Such mini enterprises have been encouraged since the ‘Special Period’ of the 1990s when the Soviet Bloc collapsed and took with it the economic support Cuba depended on. Although the country is no longer under Castro rule, newly inaugurated President Miguel Díaz-Canel Bermúdez is supportive of such home-grown entrepreneurs helping to boost the island’s closed economy.

The next couple of sun-drenched days see us bike south, through sugar cane and citrus plantations, past small rural communities and into Pedro Betancourt, a sleepy, unspectacular town in Matanzas province. We stop a while and I wander, entranced by the simplicity of life here. Locals clip-clop along in horse-drawn carts, colourful washing hangs haphazardly on convenient cacti, men play dominoes in the shade and women rock contentedly on their porches, watching their children play. Time may not stand still here, but it’s sure in no rush either.

Hot and sweaty we arrive at Cuevos de los pescos and take an hour out of the saddle to dive into in this gloriously refreshing pool of crystal-clear water, fed by a subterranean tunnel from the sea. The sinkhole teems with dozens of brightly-coloured fish including parrot fish, angel fish and damsel fish, making it feel like you’re splashing around a rock hewn aquarium. 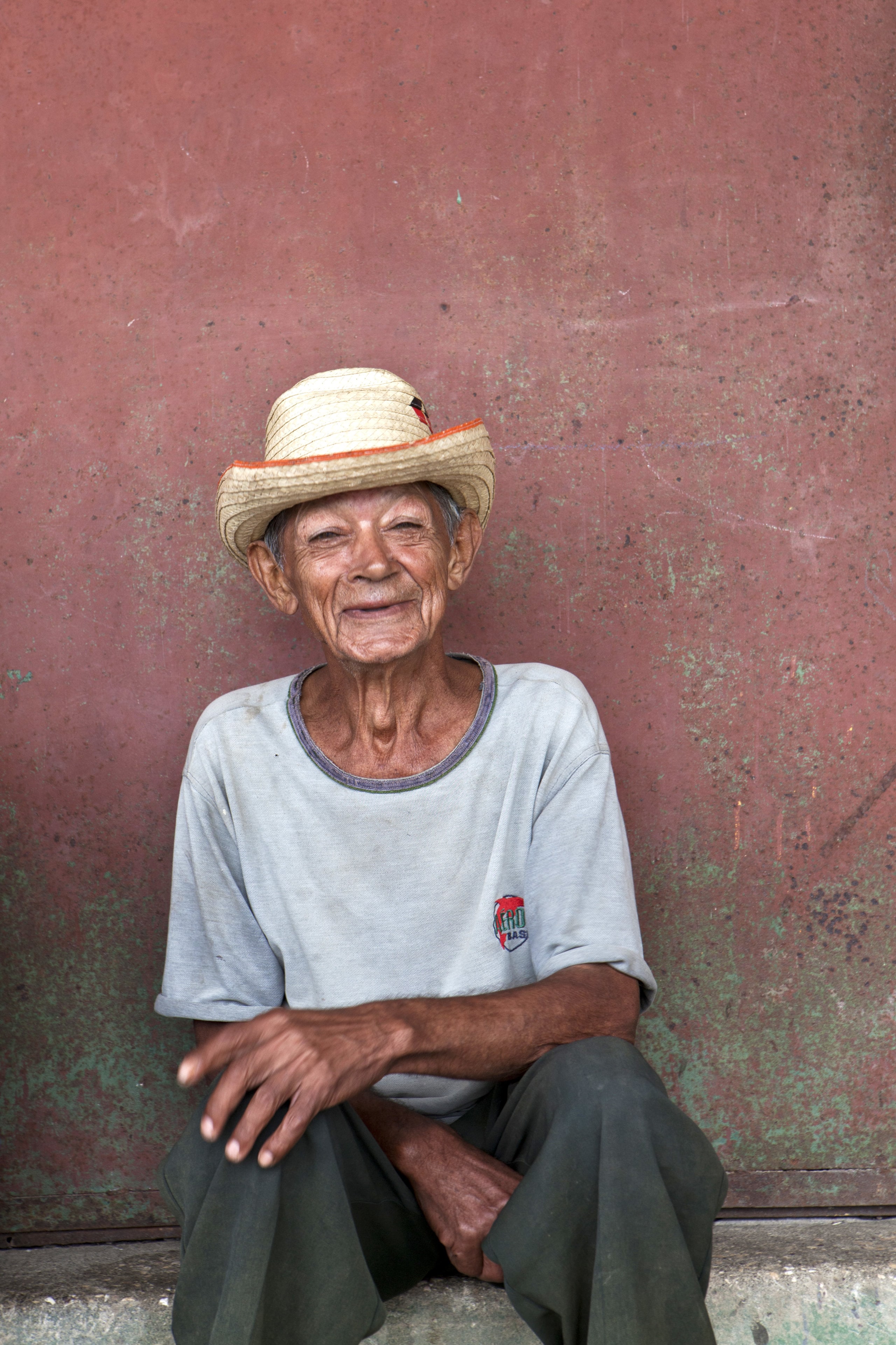 The infamous Bay of Pigs is next on our agenda and as we cycle along wide roads fringed with royal palms, passing farmers waving merrily from their fields, into the southern swampy region, it’s hard to imagine the brutal fighting that had seen Castro and co win a decisive victory over the CIA-backed Cuban exiles’ invasion of 1961. We are lucky enough to spot a brightly-coloured Trogon, chosen by Castro to be the national bird due its inability to live in captivity and glorious blue, red and white plumage.

A beautiful coastal ride past impressive beaches brings us to the UNESCO heritage site of Trinidad. It has to be one of the best things to see in Cuba. It’s hard not to fall in love with this bustling colonial sugar town with its pastel-coloured houses, abundant bougainvillea and cobbled streets. We eat lobster and prawns in Vivian e Pablo, one of many paladares dotted around the country, and enjoy the gentle, laid-back Trinidadian atmosphere. Whilst here, we take a catamaran cruise out to Cayo Blanco and enjoy a restful day of snorkeling and sunbathing. We are in the Caribbean after all…

It’s a challenging ride up into the Sierra Maestra mountains, but it is by far my favourite part of the trip. We reach the El Salton Hotel, a gorgeous getaway in the heart of dense tropical jungle in the middle of a thunder storm. Sitting in the open sided dining room, watching rain cascade off the foliage I can easily imagine Castro and Che, in their jungle hideout, cigars in mouths, planning their final revolutionary triumph against Batista’s forces in 1959, and marching on Havana in celebration. 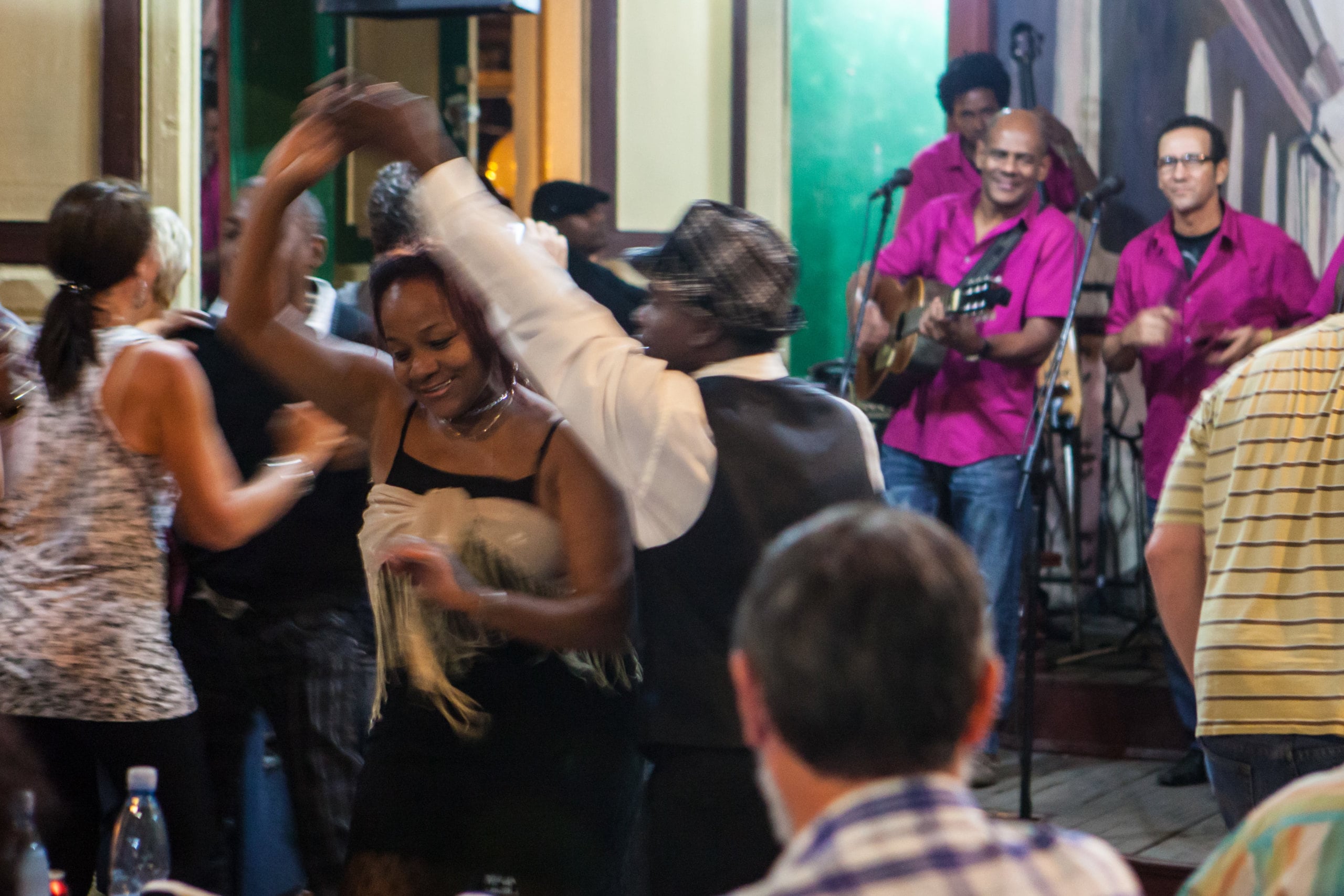 The following day the rain has abated and we go on a gentle trek into the mountains with Ricardo, a local guide. He points out the fantastically varied flora and fauna with the aid of his beautifully hand-drawn book, in which he’s painstakingly catalogued every plant, tree and bird. We stop at a farmer’s house for sweet coffee and oranges, then back to the hotel for a swim in the natural pool shaped by a plunging waterfall.

Beyond the mountains lies Santiago and after our exuberant night of dancing, we must head back to Havana. The ride takes us through pretty countryside and small towns such as Velasco, Remedios and Santa Clara. On the way, are large hand-painted road signs informing us “Socialism or Death” and other communist slogans. It seems the island’s colourful history is not to be forgotten any time soon.

Back in Havana, we celebrate our 600km ride with a well-earned daiquiri in one of Hemingway’s fabled favourite bars, El Floridita. But with the legendary Buena Vista Social club on the doorstep, it would be wrong not to take another whirl around the dance floor…

From the colonial buildings and vintage cars of Havana to the exquisite beaches and vibrant reefs of the coast, a luxury holiday to Cuba is an unforgettable experience.

Even if you haven’t seen Cuba’s capital before, Havana will seem almost familiar when you arrive. It’s one of those iconic cities where recognisable imagery greets around every corner.

Trinidad is Cuba’s oldest city and also its most photogenic. Founded in the 14th century as a base to explore the new world of America, Trinidad grew rich through sugar trade before the market crashed in 19th century, leaving its once magnfiicent mansions 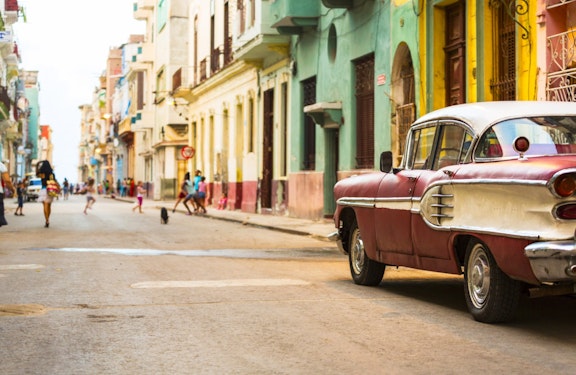 Cuba exudes indefinable magic. Beat the crowds and visit while it still retains its authenticity