by Lightfoot
New Yorkers Ismini and Mark Svensson decided to cancel their Big Fat Greek Wedding and use the money to bring happiness to others. The young couple chose to travel the US and give back in all 50 states.

New Yorkers Ismini and Mark Svensson were in the planning stages of their wedding, but they were always aware that an important person was missing… The important person was Ismini’s father who had suddenly passed away while hosting a charity event. And the best way that the couple thought they could honour him was not to hold a huge wedding, but to spend the money on others. So the lawyer and civil engineer created 50 Acts of Giving Back and use the funds that they had budgeted for their Big Fat Greek Wedding to spend on others. They decided to travel across America and perform a random act of kindness in each state. “We thought this idea would be a great way to celebrate our love while honouring his memory,” says Ismini.

They have trekked across the country and performed an act of kindness in 36 states.

At first the couple’s families were shocked that the couple decided to forgo the speeches, photographs, cake and quietly exchange vows at a courthouse. “As the journey progressed and our work and support grew, it became clearer to them that the path we took was the most appropriate,” says Ismini.

The Svenssons gave themselves two years to complete the trip so that they could continue to work and study. They chose to break the journey down into regions and complete several States at one time. To help with the planning they also asked for suggestions on what they should do on social media. By using social media the couple hoped to show people how they too could become active in their community, connect with each other and perform acts of kindness. 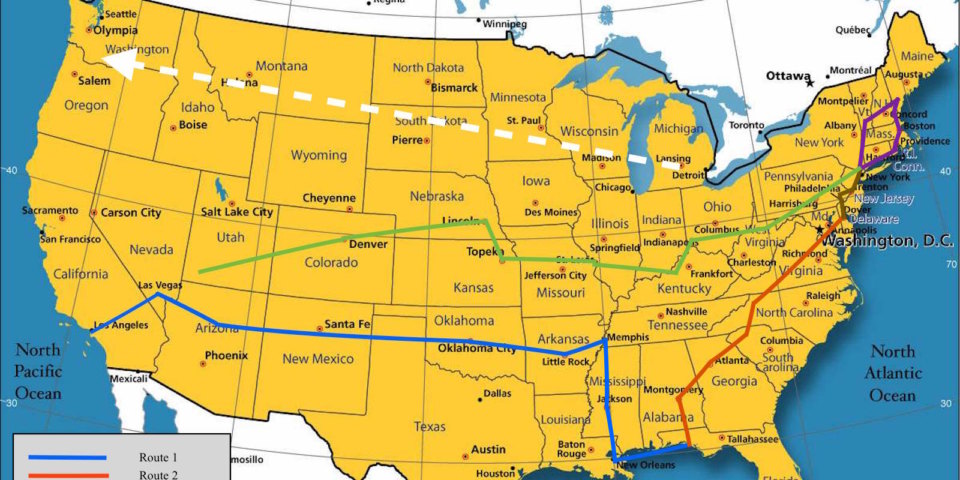 The couple started with a fundraiser for the Salvation Army’s Adult Rehabilitation Center in Maryland, then travelled to California to help furnish the homes of two former homeless families and since then they have trekked across the country and performed an act of kindness in 36 states.

The hardest part was decided which act of kindness they should perform in each state. “It’s always hard, because there are so many people who need support, and issues to be addressed,” says Ismini. “We do the best we can and hope others are motivated to help out in whatever way they can. For us, it’s not about the individual acts we perform, but the larger message and inspiration behind it.”

However, Ismini and Mark are no longer doing this magical journey alone. For shortly after they started travelling around the States, Ismini gave birth to their daughter Rafaela. And the mini explorer is taking this epic journey in her stride. “She is very curious and loves the constant change of scenery,” says Ismini. “She finds the car journeys really relaxing. It is a pleasure travelling and doing what we love as a family.”

While doing the acts of kindness have gone smoothly, reaching the destinations can sometimes be tough. “We’ve encountered snow, rainstorms, extreme heat and cold… we experienced it all,” says Ismini. “While part of us enjoyed the challenge, as young parents, it was also a concern, since keeping our daughter healthy, was always a priority.”

But even when faced with a tough day on the road, the Svenssons say that they’re not only inspired by the people that they meet, but the people on social media who are now performing their own acts of kindness after reading about Ismini and Mark’s journey. “One couple in Missouri decided to start their own non-profit to provide support military veterans; a woman from Sweden sent us a video of her on Facebook providing meals to the homeless; a young athlete from Greece organised a basketball game to support children with Down syndrome; and a group of followers from Tanzania decided to hold a community event in their village to raise awareness on the issue of clean drinking water,” says Ismini. “It motivates us to keep going. We could never have imagined this level of support when we started as just the two of us.” 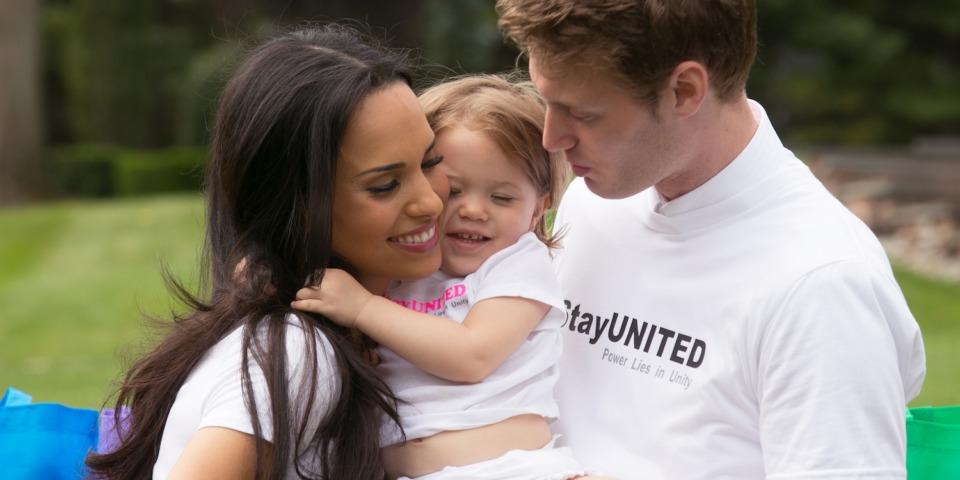 Thanks to their huge following on Facebook, the Svenssons were invited to appear on NBC, CNN and other well-known TV stations. The result was that donations started to pour in. So the couple launched StayUNITED, a series of scholarships that are designed to help disadvantaged children in New York.

To finish the journey, the couple will travel from the Midwest to the Pacific Northwest, and make their way to Alaska before travelling to Hawaii. “It’s been an unforgettable experience that has changed our lives forever,” says Ismini.

Huge and hugely varied, visitors to the United States have a lot of options to consider.