The Michelin-starred chef first visited Bangkok in the 1980s. A serendipitous meeting with a former royal palace chef, became the start of something new for David Thompson. He returned home to Sydney and started with ingredients, giving Thai dishes his own twist. It wasn’t long before he caught the eye of hotelier Christina Ong who invited him to launch Nahm at The Halkin in London. He was then given one glittering award after another. Nahm at The Halkin was the first Thai restaurant to be awarded a Michelin star and his next restaurant Nahm in Bangkok was named the best restaurant in Asia. He is now bringing Thai street food to the world with his restaurant Long Chim, which is already in Singapore, Melbourne and Sydney and is about to open in more cities in 2018. He’s the perfect guy to give us a gourmet guide to Bangkok.

What were your first impressions of Bangkok?

I just came in the 1980s it was incomprehensible, it was strange, it was foreign, it was intoxicating, it was alluring, it was exotic, it was wonderful, it was enthralling, it was confusing. It is such a nebulous city. It engenders so many different feelings. It’s a complex space. It’s a smelly and complex space. And I fell in love with it.

On your day off, what is your favourite thing to do in Bangkok?

If a tourist wanted to do a mini food tour of Bangkok what would you suggest they visit?

First place would be Or Tor Kor Market – a food market near the Weekend Market. It has the best fruit and vegetables and food in the whole of Bangkok I believe. Then walking along Yaowarat in Bangkok’s China Town is fantastic for me. You’ll run into everything whether it be durians, stir-fried noodles, smoked duck, wontons, roast goose, fresh mangosteens, pomegranate juice, chestnuts roasting… You can find almost anything in Bangkok’s China Town. The easiest place for tourist is to go into the Weekend Market, there is a whole section of copper woks, brass woks, plates all the accoutrement a kitchen needs.

What foodie souvenir should visitors take home from Bangkok?

An extra 2kg on the waist.

Which restaurants should people try in Bangkok before they leave?

I like eating on the streets. There is a whole burgeoning of decent restaurants in Bangkok at various levels –  whether it’s hipster food at 80/20 or Canvas at Sukhumvit Soi 55… But despite the ever increasing diversity that’s available at every level, the level I find the most enjoyable, the one I eat in the most is in the markets… indeed the gutters of Bangkok. There is a great noodle shop halfway down Yaowarat Road – it has no name, but you will spot crowds from 6pm and there is a great oyster omelette shops in China Town called Nai Mong Hoi Nang Tort. When I’m eating street food my choices are rather prosaic – I like fried rice crab, and noodle soup especially with fish dumplings. One dish that I love is minced beef with holy basil plus a stupefying amount of chillies with a fried egg and a bowl of rice – this to me the quintessence of Bangkok food.

Which bar do you need to try?

For me it’s Smalls Bar which is on 186/3 Suan phlu Soi 1. I like very much, it’s just nearby where I work and live. It’s a stumble into and a stumble out of. I drive the barman to distraction because I’m the worst cocktail drinker in the world as I never know what I want. I’m still yet to be accomplished in my quest to find the perfect cocktail for me. I am one of the few people who cannot stand Negronis.

Can you tell us about your plans for next year?

Lots of travelling, doing more Long Chim stuff. We’re looking at Korea, we’re sniffing around London and we’re looking at Hong Kong… Lots of professional things are going on, but the one thing I want to achieve in 2018 is a few days off. 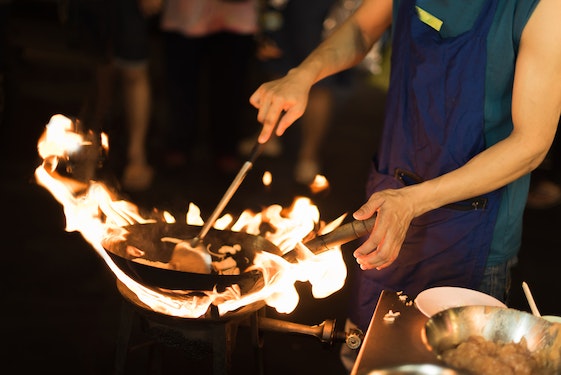 Discover some of the best food being served al fresco 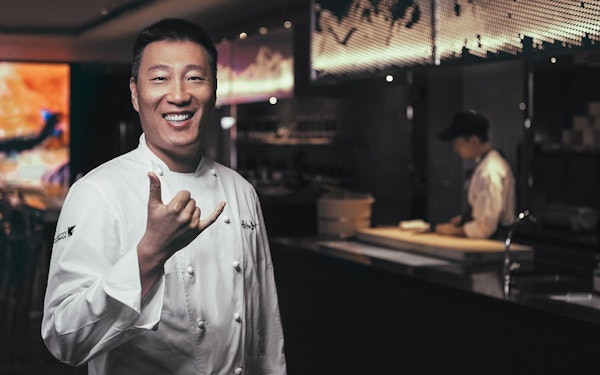 THE SNOWBOARDER WHO BECAME A MICHELIN-STAR CHEF

Akira Back has not only risen to the top of one career, but two