CANYONING IN THE BLUE MOUNTAINS

by Lightfoot
Early explorers would slog their way up the Blue Mountain’s streams in search of adventure. Today’s travellers are still getting the same thrill, but this time they’re in wetsuits and they’re sliding down on their bottoms, says James Henderson

Faced with steep cliffs, eucalyptus forests and waterfalls, 18th-century explorers fell back onto their African experience and decided that the only way that they could navigate the Blue Mountains wilderness was by river. Dutifully they thrashed their way through the bush and slogged their way up stream, only to find that it was easier to follow the paths of the Aborigines though the bush, who had been crossing the mountains for millennia.

However, modern adventurers are still undeterred and are attracted to these rivers like a magnet. Today I was one of these foolhardy characters. Sporting a wetsuit, life jacket and helmet, I was about to launch myself into one icy pool after another.

The Blue Mountains are a massive layer-cake of sedimentary, red and rich yellow rock, interlaced with coal and capped in places with granite. After their creation 100 million years ago, water quickly got to work eroding them. The water froze and cracked the rock… then it dripped, trickled, gurgled and raced, leaving gullies and clefts in its wake. The result was a picturesque playground for adrenalin addicts. 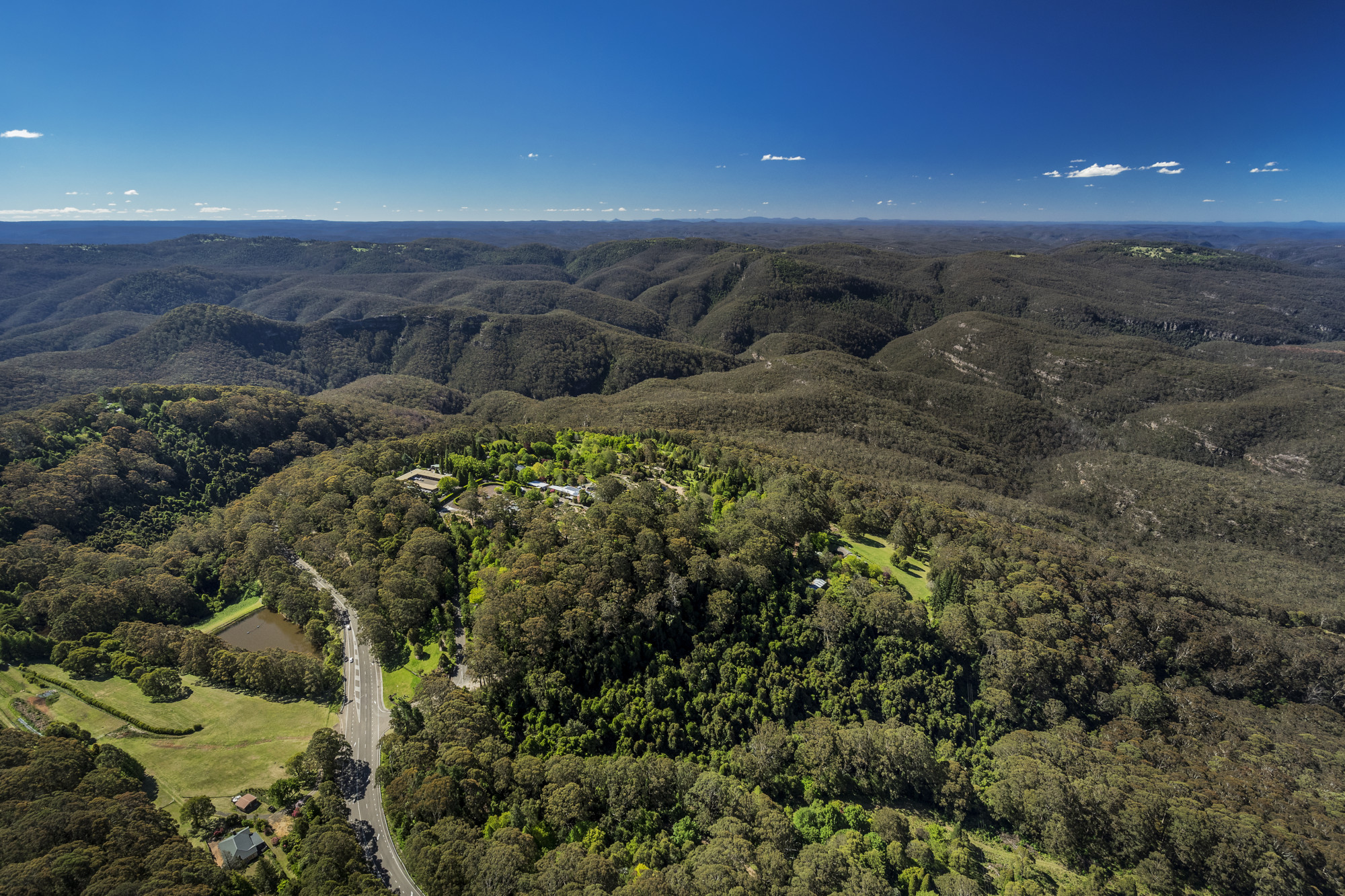 Our canyon of choice is in Wollemi National Park (named so because of the 1994 discovery of the ancient Wollemi pine, which had been thought extinct). Access involves a walk to the riverhead or the entry-point into the canyon, but a small hike through the undergrowth only builds on the anticipation.

We made our way down the dark and steep-sided clefts, while our rubbery river shoes helped us grip on the inevitably slippery rocks. The principle of canyoning I discovered is simple. You follow the course of the water mostly down a gully. You walk, wade, scramble over river-rocks and swim across pools. And you find yourself in all sorts of odd positions, moving like a crab, sliding down water races and jumping like a duck.

“Nobody is too grand to use their backside in this sport,” said our guide.

When it was too high to jump the guides would get out the abseiling gear and help you descend by rope, often in a whirling spray or spattered by the waterfall.

We entered the slot canyon down a 40-foot long rope. The canyon’s walls were just six or seven feet apart, so as I lent back over the lip of the canyon, my head almost reached the other side. Descending into the gloom between the sheer rock walls, I could see that the floor of the canyon was covered with water and so I braced myself for a cold entry … I hit the water, but I only went in as far as my calves. 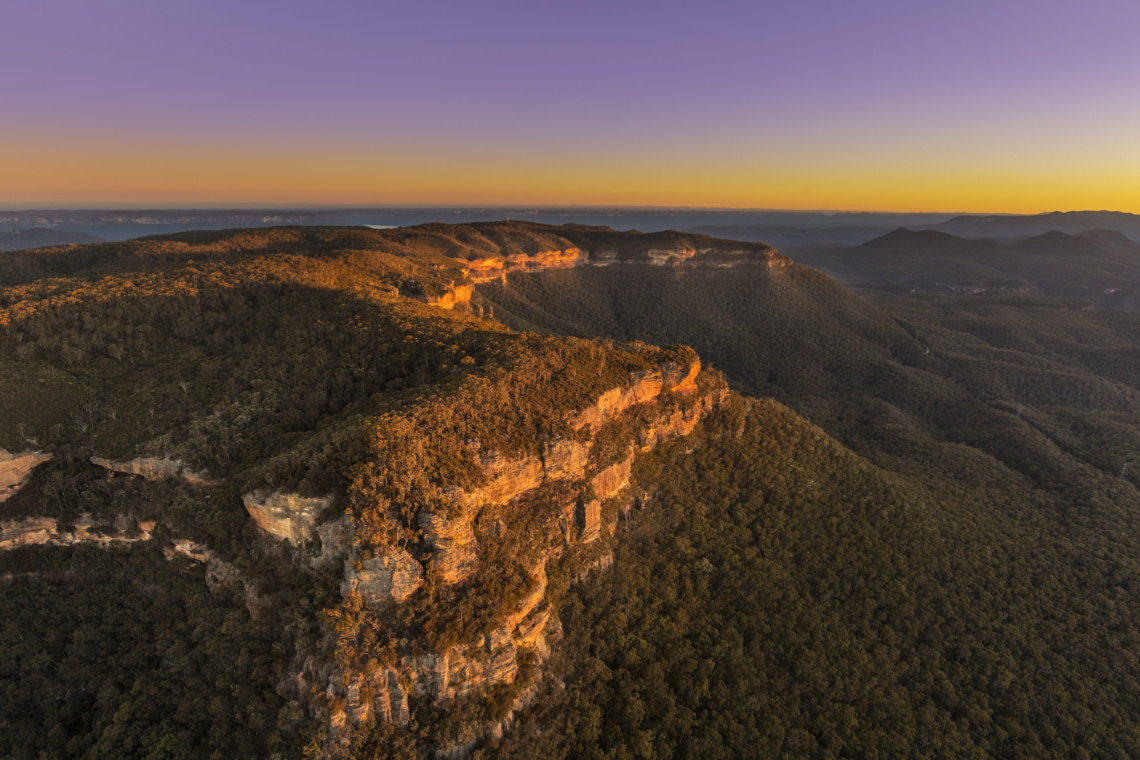 We set off at a walk, the vertical walls closing above us, leaving just the shape of ferns visible against the narrow sky. We splashed through the stream. As I looked around I could see that the erosion is still going on, with whorls of water action carved into the walls as though by a massive ice cream scoop. Elsewhere there were ghostly, humanoid shapes in the rockfaces.

We reached a lip, where the walls open out into a sort of sinkhole, a roofless cavern 30 feet across with water pooled 10 feet below us. It was a jump and so we launched ourselves, slapping at the water to break our fall.

In the next slot the water became too deep to walk so we swam along the chasm, pulling ourselves over rocks, touching the canyon walls either side. Moss covered the walls and everywhere there was subterranean green gloom. But around a corner, entering another cavern, suddenly there was sunlight. It penetrated in angled beams, highlighting mist hanging in the canyon air. The rock walls had been washed smooth by eons of water action and the cavern was almost luminous. The water glowed, showing every stone and rock under the surface. The sedimentary layers stood out like huge wafer biscuits. Soon the slot enclosed us again, and we were back to swimming.

Farther down the cleft came a drop too large to jump. We took out the climbing harnesses again and put them on as the guide fixed the rope. The belay point was just next to the water spout and so as we descended we found ourselves falling in the cascade, the water spattering onto our helmets. It was whipped up by wind from below, which grabbed it and turned the droplets into a mist. It was like dangling in a maelstrom. I slid into the water, unhitched under the water and then swam lazily to watch the others slide down into the pool.

Our exit was via an exploratory fissure that the water had eroded for a while before gravity took it on a different path. Then we found ourselves back in the eucalyptus that give the Blue Mountains their name (their sap rises on the air and gives it a blue tinge). Around us the air was full of excited chat. Everyone was exhilarated.

Oddly though, my favourite moment came when we reached a second, gentler canyon. We descended and descended, gully twisting and turning. There was a small stream, which pooled in a few places that involved a jump and a swim, but mostly it was dry. We scrambled over rock and crept among boulders as the cliff-walls climbed around us. As the sunlight was blocked out, it seemed we were swallowed up by the centre of the earth…

When suddenly we emerged into bright sunlight and an abrupt end. At our feet, the water splayed lazily across a slab of sandstone and skittered off the lip into a waterfall. We had reached one of the huge scarps that had foxed the early explorers before us. With a view that carried for miles across a whole valley of eucalyptus trees 300 feet below.

Sun, Sea and Cruising in Indonesia

The Ghan train carries guests between the state’s steamy capital, Darwin, and the legendary frontier town of Alice Sp...