BEST WINERIES TO VISIT IN CALIFORNIA

by Lightfoot
It’s harvest time – so join the ‘Crush’ at one of the best wineries in California, says James Hindle of Pop Up Wine

Gourmands looking for an adventure should catch a flight to California. The Wine State is famed for jawdropping views, mouthwatering food and of course, sensational wine. When Spanish missionaries in the 18th-century first planted grapes to produce wine for mass, little did they know that the state would go onto to be the world’s fourth largest wine producer creating three billion bottles of wine each year. With more than 3,000 wineries in the state it can be hard to choose which ones to visit, but we recommend that you add some of these sweet vintages to your list.

Revolutionary winemaker DeLoach is one of the pioneers of sustainable viniculture in Sonoma, California. In 2003, it bravely converted its 17-acre estate on the eastern bank of the Russian River to organic and biodynamic farming despite the vineyard having just produced Wine Enthusiast magazine’s 2004 wine of the year. The owners were convinced that decades of previous chemical farming had left the soil tired and drained. The conversion has proved a huge success, with recent vintages of Pinot Noir, Chardonnay, and Zinfandel all winning many awards. 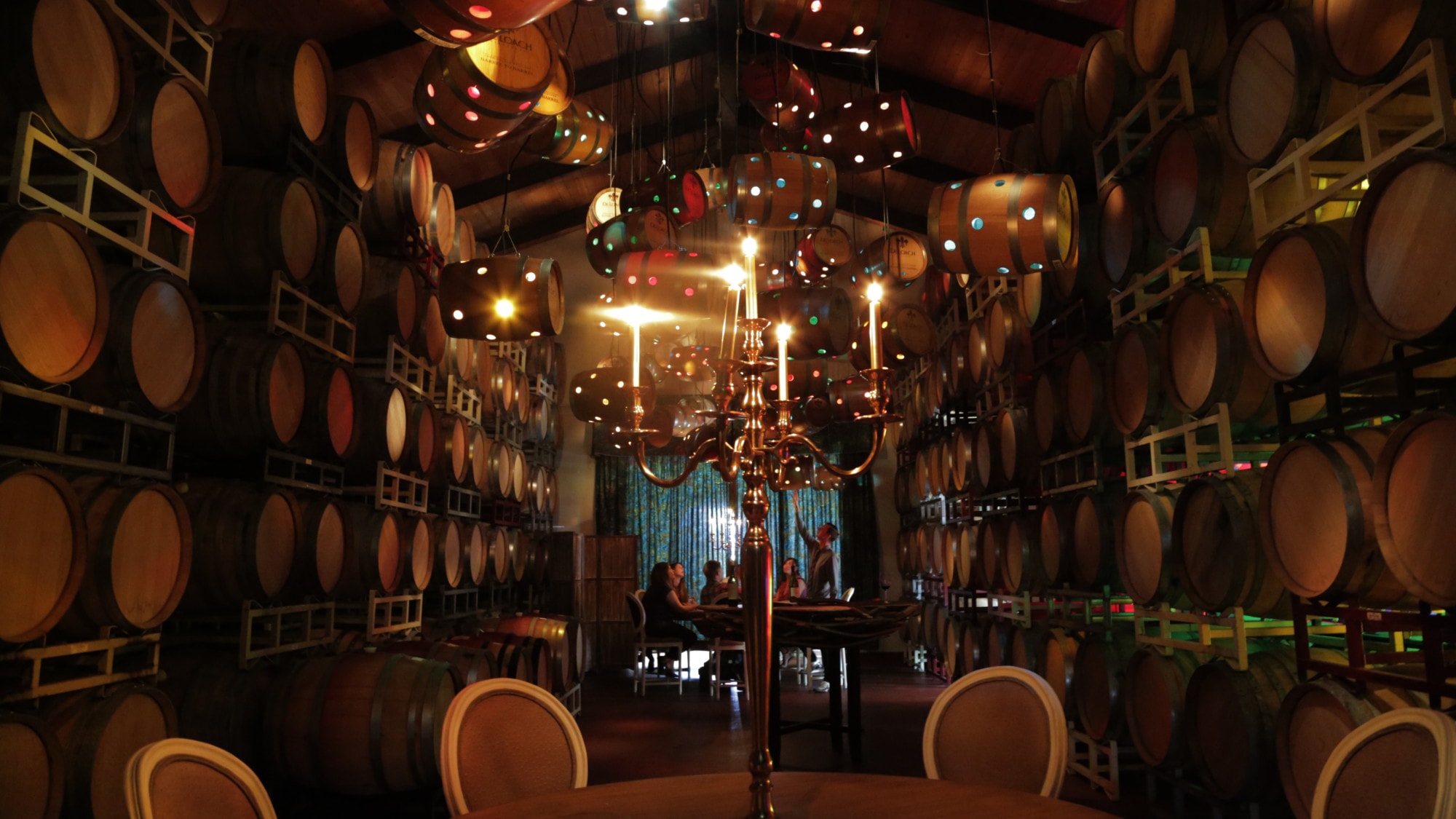 Perched on top of soaring coastal ridges on the edge of the Pacific Ocean, the award-winning Flowers Vineyard  boasts some of the best views in Sonoma county. From the winery, look down on layers of coastal fog and wispy pines.

The popular Sterling Vineyards in Napa Valley has a hill top tasting room which you must ride a solar-powered cable car to reach. A beautiful terrace, art gallery and wine awaits you when you reach the top. Sterling was voted the “Best Napa Valley Experience” in 2016.

World renowned Freemark Abbey is a Napa Valley producer famous for its critically acclaimed Cabernet Sauvignon. Founded in 1886, it was one of the first Napa wineries to open a “Sampling Room”. Wine Institute founder Leon D. Adams favourably compared its Cabernet to Chateaux Margaux – one of Bordeaux’s most famous wines.

The oldest continually operating Napa winemaker is Beringer Vineyards, a gold-medal winning winery founded in 1876. Tastings take place in its picturesque “Rhine House”. All Beringer Vineyards are certified as sustainable. The world’s most famous wine critic – E. Robert Parker – is a fan, writing “after years of visiting the world’s best wine producers, I cannot think of too many cellars where I have walked out shaking my head at such an extraordinary range of quality”.

Napa Valley’s most expensive wine can be found at Arsenal owner Stan Kroneke’s Screaming Eagle winery in Oakville, California. At a charity auction in 2000, an imperial (six litre) bottle of its 1992 Cabernet Sauvignon sold for $500,000 for charity. The winery only produces 600 cases of wine each year, and it is so exclusive they do not normally offer tours or tastings. On their site they have a waiting list to purchase.

Another star, this time in Santa Ynez Valley, Santa Barbara, is Kalyra,, an Australian-owned winery. Its known for starring in Sideways. Kalyra is an Aborigine term that means “a wild and pleasant place.” And there’s no doubt that its dessert wines are particularly pleasant…

DISCOVERING THE WHISKY DISTILLERIES OF TASMANIA

Leisa Tyler says why you’re sure to find the perfect drop of whisky on this rugged, windswept isle

Jennifer Lam takes to the Hunter Valley for the Lovedale Long Lunch, a progressive lunch with a difference