by Lightfoot
Eco-adventurer Cat Capon suggests the best places for solo female travellers who are looking for adventure. Cat has already visited 60 countries and over the past year and a half the intrepid explorer has visited a different location each month spending time in Borneo, Burma, British Columbia, South Africa, Madagascar and Antarctica
1.
British Columbia – The Great Bear Rainforest

The atmosphere: If you want to get away from it all, visit the Great Bear Rainforest in British Columbia. This wild land of ancient tree forests, glacial waterfalls and uninhabited islands might be as close to a pristine ecosystem as one can get. The humbling silence is only broken by the chuffing of bears, the exhaling of whales and, if you’re lucky, the howling of coastal wolves. Being a wilderness area, travelling in British Columbia isn’t particularly easy or cheap, but it’s more than worth the effort. And just because you are staying in the wilderness doesn’t mean that you need to rough it. You can find accommodation in luxury lodges miles from anywhere with abundant wildlife right on their doorstep. British Columbia attracts individuals, couples and families, who worship nature, the outdoors and wildlife. What you should do: Early September is the best time to visit the Great Bear Rainforest. At this time of year, you can kayak with the resident orca, watch black bears, grizzly bears and spirit bears feeding on salmon before their hibernation and go on whale watching safaris. Canadians are some of the friendliest people you’ll ever meet.  It’s very safe, there are no language barriers and you can join plenty of guided tours. 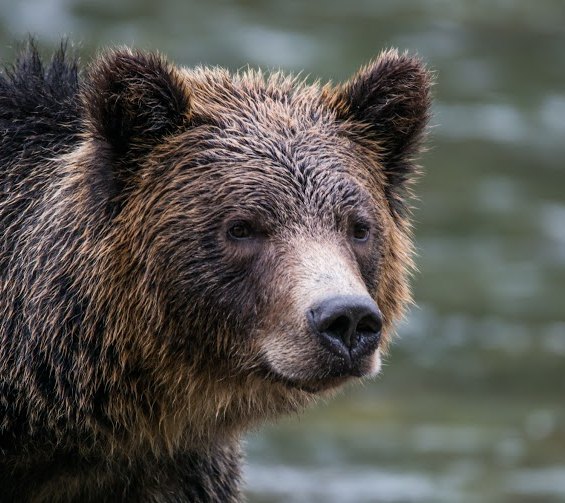 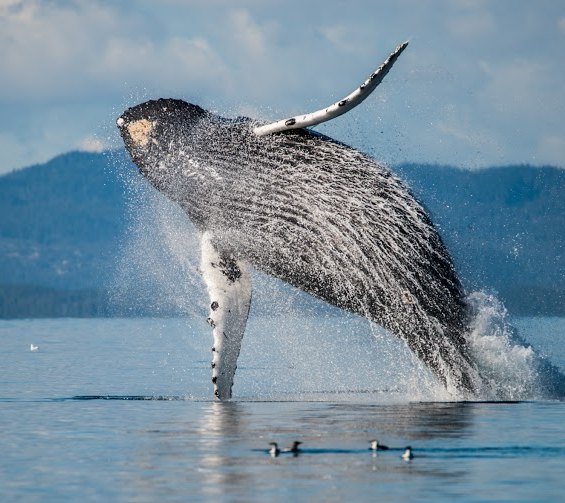 The atmosphere: If you’re a solo female traveller who is new to adventure holidays and not quite ready to hike through scorching deserts or sail in perilous seas to catch a glimpse of an endangered species, then Monterey is your perfect introduction vacation. You don’t even have to leave the harbour to catch sight of the local wildlife as you’ll often spot surprisingly large sea otters floating in the harbour while eating their invertebrate treats. The location: Monterey is situated in Northern California, a two-hour drive south of San Francisco on the Pacific Coast. You could happily spend an entire vacation kayaking, diving, whale-watching and hiking in the local vicinity, but the wider vicinity has a lot to offer too. Pacific Grove is Monterey’s neighbouring city and is famous for monarch butterflies. Between mid-October and mid-February, the monarchs stop at this overwintering site and in peak season the trees are dripping with the beautiful winged insects. Just south of Monterey is Carmel (where Clint Eastwood was once mayor), which is the locals’ surfing spot as well as being a dog-owners heaven. Further south still is Point Lobos State Natural Reserve which offers pristine wildlife watching opportunities without the boats and buildings of Monterey. And for truly breathtaking scenery, purple sand beaches and dizzying redwood forests, continue south on Highway 1 past Bixby Bridge to Big Sur where, if you’re lucky, you can spot the endangered California condor. Who you’ll meet: Monterey attracts surfers, divers and wildlife fans from all over the USA.  Many backpackers also visit Monterey whilst road tripping between San Francisco and Los Angeles. What you can do: I kayaked with Monterey Bay Kayaks, dived with Breakwater Scuba, visited the world-famous Monterey Bay Aquarium and went whale watching with Princess Monterey Whale Watching. Divers will be pleased to know that there’s  agreat dive site by the harbour with beach entry so you don’t have to board a boat. On these dives you can glide among the lazily undulating kelp fronds to look for resting leopard sharks and innocuous octopus. Monterey is fantastic to visit all year round, but the weather in April and October is hard to beat. 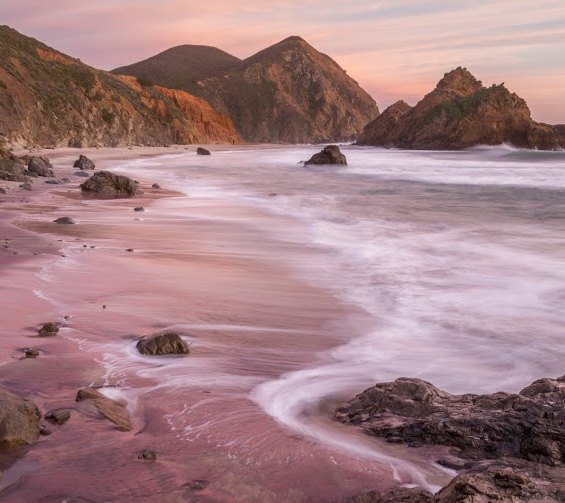 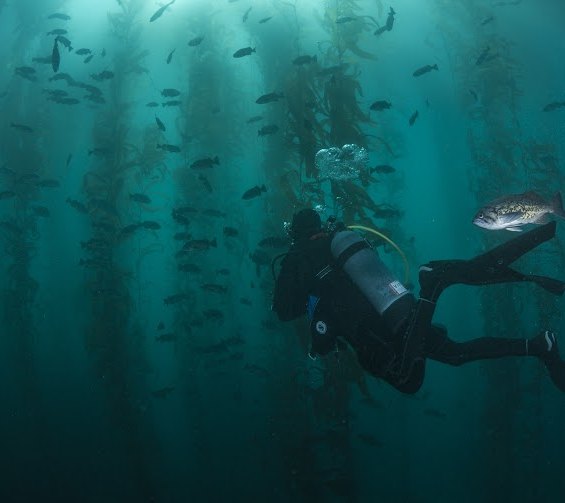 3.
Norway – Svalbard
The atmosphere: Svalbard is an archipelago of extremes. This remote icy wilderness is in perpetual darkness for three months during the winter when temperatures regularly drop to -20°C.  The main island of Spitsbergen is home to the most northerly settlement on the planet – Longyearbyen – and there are more polar bears here than people. When you visit Svalbard, you’re reminded that this isn’t a holiday; it’s a life changing expedition. The location: For more than half of the year, Svalbard is entombed by frozen ocean.  But the summer months offer a short respite from its icy confinement.  Endless daylight and relatively warm temperatures (reaching 7°C) turns the land into a flower-filled tundra with Arctic foxes and reindeers wearing their slimmer summer coats. Svalbard is a safe destination in terms of crime (everyone leaves their houses and cars unlocked).  However, polar bears are an issue so you’ll need a guide if you want to leave the main town. Who you’ll meet: Svalbard attracts adventure junkies from all over the world.  It’s an expensive destination so travellers tend to be ‘high-end’. It’s also a Mecca for arctic photographers. What you can do: June and July are probably the best months to witness the wildlife of Svalbard. However, if it’s the Northern lights, husky-sledding and snowmobiling you’re after; then the winter is the best time for a visit. Numerous cruise ships can be found in the area. You can take long tours, or short trips to get a taste of the Arctic. 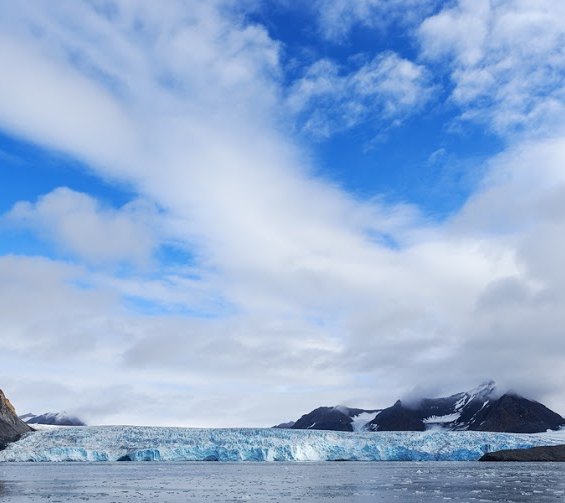 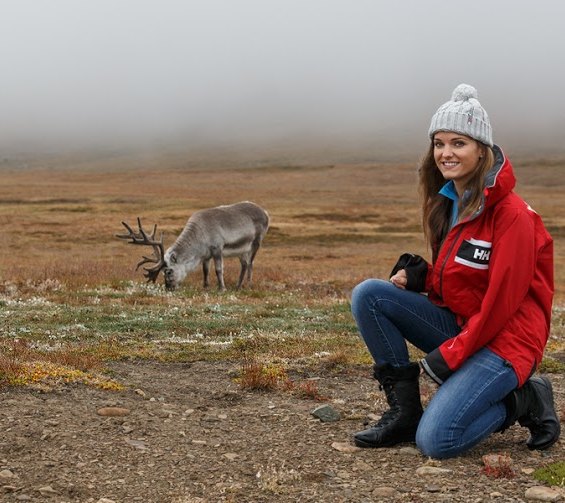 The atmosphere: I’ve travelled to over 60 countries in my 30 years on earth, but none have made an impact on me quite like Madagascar.  It’s truly unique and doesn’t feel like anywhere else on the planet. However, I’m afraid for its future – 30,000 hectares of forest are being cut down each year and, if this rate continues, there will be no forest left within 25 years. Ecotourism is a viable way to make the forests worth more to the local people than turning them into agricultural land. If the Malagasy people can make a good living from guiding tourists through the forests, they are far more likely to protect them for future generations. The location: I travelled to Madagascar in October (the dry season). The best months to visit are April – November.  Things to note are: the roads are poorly maintained so be prepared for a bumpy ride, the accommodation is basic in some of the reserves so don’t expect luxury and Air Madagascar has a tendency to change internal flight times at the last minute so always check before you travel. Parks that I’ve enjoyed include Andasibe-Mantadia National Park, The Avenue of the Baobabs, Kirindy Forest Reserve and Berenty Private Reserve. Who you’ll meet: Madagascar attracts wildlife enthusiasts, divers and adventure travellers from all over the world. The island used to be a French colony so a large proportion of tourists are from France. What you can do: See lemurs in their natural habitat, count how many species of chameleons you can find, be dwarfed by the giant Baobab trees and enjoy white sand beaches of the Indian Ocean. You can join an organised tour of the island with English speaking guides. However, I’d avoid walking around the capital, Antananarivo, alone. 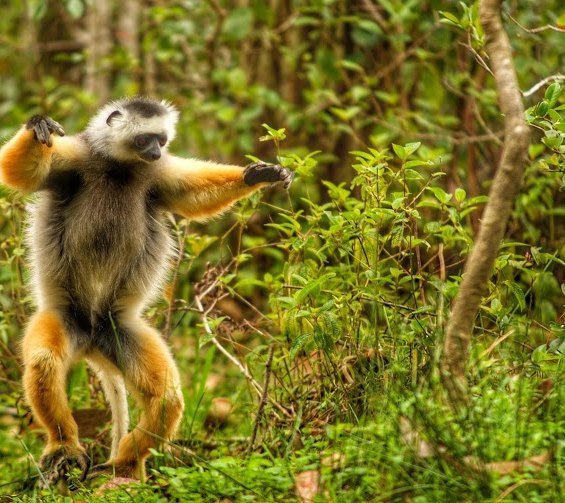 The atmosphere: Komodo National Park is a paradise on earth with glassy waters, conical green peaks of tropical islands and technicoloured coral reefs teeming with wildlife. Jumping on a houseboat for an ocean adventure will see you come face to face with dragons as well as majestic manta rays.The location: Most cruises through the national park will take you to the most iconic islands and reefs. Rinca and Komodo are the islands where you’ll see the dragons, you can witness an epic fruit bat migration every evening from Kalong Island and you can snorkel to Pink Beach which is created from red-tinted coral. Who you’ll meet: Komodo National Park attracts divers and backpackers and lots of Aussies. What you can do: Hike to see the dragons (but listen to your guide, the dragons are wild animals and can be dangerous), snorkel with turtles and reef sharks, dive with manta rays, cruise past lush tropical islands and sleep under the stars on a houseboat. 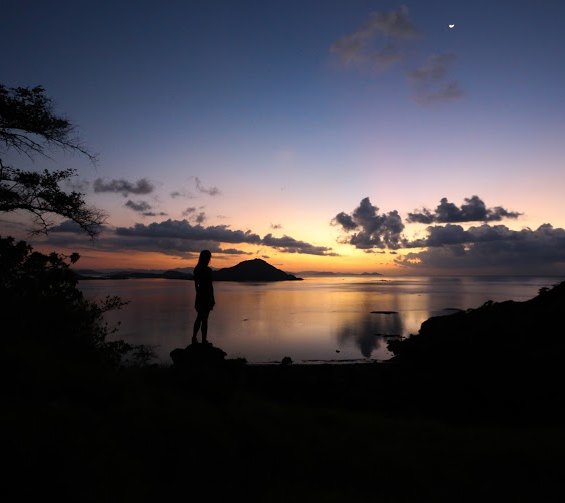 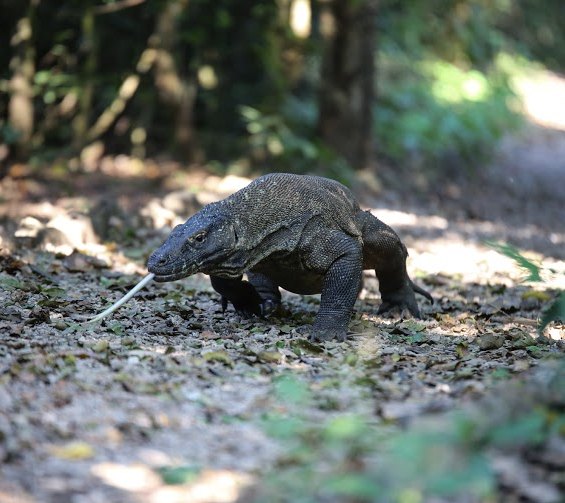