Picture the Cultural Triangle: an upside down scalene triangle with its lower point aiming south at the medieval city of Kandy in Sri Lanka. Northeast lies ancient Polonnaruwa forming the triangle’s right point, and northwest the magnificent ruins of Anuradhapura act as the final point. All three are Unesco World Heritage sites; three of seven in a region that boasts a myriad of the world’s greatest Buddhist treasures.

With a tailor-made luxury from Lightfoot Travel, our Sri Lanka experts will design a highly-personalised itinerary, ensuring you don’t have to miss a thing or make any compromises.

2,500 years of Buddhist history and architecture awaits discovery on a luxury holiday to the Cultural Triangle. The “Cultural Triangle” is a relatively new moniker however, for a thousand years or so, the region formed by three great Sinhalese cities was simply known as Raharata, “King’s Land”.

The Sacred city of Kandy is a good place to start a tailor-made tour. It’s youngest of the ancient capitals, the last stronghold of the Sinhala kings. It’s where you’ll find the world-famous pilgrimage site, the Temple of Tooth, said to house the tooth relic of the Buddha.

Anuradhapura is the jewel in the Sinhalese crown. A colossal ancient city that has stood ruined and half-swallowed by jungle since it was pillaged by Indian raiders over a millennium ago. It’s a magical place – full of stunning dagobas, stupas and monasteries – that oversaw the golden age of Sinhalese culture and showcases their finest archaeological feats.

Polonnaruwa is more compact and accessible than Anuradhapura. It doesn’t quite rival the splendour of its sister city, but it is better preserved, and Sinhalese artisanship is beautifully showcased in monuments likes the Gal Vihara Buddhas. It was barely known outside the region before the mid-20th century, having been abandoned to the jungle for 700 years.

Between the imaginary points of this triumvirate of ancient kingdoms lie breathtaking tropical landscapes. Rolling green hills of the Central Highlands give way to flat scrublands and thick steamy jungle, peppered with towering rocky monoliths. There are national parks, rich in flora and fauna, and home to wild elephants, monkeys, leopards and more.

Aside from the major three attractions, there is a wealth of wonders to explore in the Cultural Triangle. You’ve got the towering rock-fortress of Sigiriya, perched high above the forested plains. Arguably the most spectacular sight in Sri Lanka.

There’s also the 160-metre Dambulla Caves with its celebrated Buddhist cave temples and sculptures. And Mihinatale itself – the birthplace of Buddhism in Sri Lanka – with its beautiful temples strewn across lush hillside terrain.

The Lightfoot Team have extensively explored the Cultural Triangle and will use their experience and inside knowledge to design your perfect tailor made luxury holiday. Enquire Now! 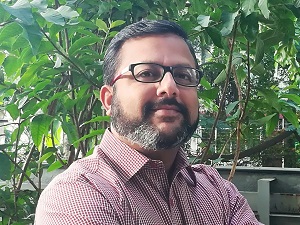 Experience Colombia’s spectacular and diverse landscapes of the Amazonian rainforest, Caribbean and Pacific beaches, and majestic Andean peaks on a luxury family holiday to Brazil.

In our opinion, Hill Country is the most magical part of the entire country, and the train journey from Colombo up into the winding hills is one of the best in the world.

Galle Fort, located a short 1.5-hour drive from the capital Colombo, is a favourite of ours for its colourful history, beautiful jewelery shops, and gorgeous sunsets over the Fort walls.