IDEAL LENGTH 7 nights
Price From $2,740 pp
When to Go All Year
Beijing and Xi’an

“Experience the thriving metropolis of Beijing which marries imperial history with modern-day; climb the magnificent Great Wall of China; see the Forbidden City and Summer Palace; then head to Xi’an to marvel at the Terracotta Warriors.” 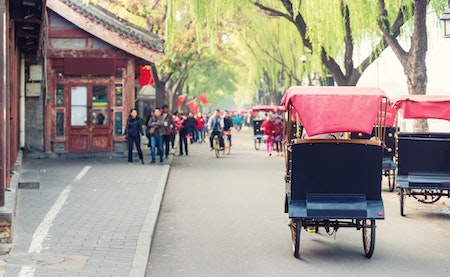 Upon arrival at the airport, you’ll be met by a representative and transferred to your hotel.

Enjoy the rest of the day at leisure. 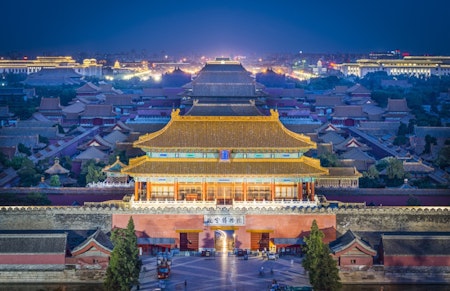 This morning you’ll explore Beijing’s Hutongs with your tour guide.

These narrow streets house traditional courtyard residences which date back to the Yuan Dynasty (1271-1368).

In the afternoon, visit the Forbidden City. The construction of the City was completed in 1420 during the reign of the Ming Dynasty Emperor Yongle, and served as the Imperial administrative centre throughout the Ming and Qing Dynasties until the fall of the Empire in 1911.

Restored for the 2008 Beijing Olympics, the Forbidden City has regained its former glory. Together with your guide you’ll spend time in the courtyards and rooms, and climb the artificial coal hill for a spectacular view of the entire site. 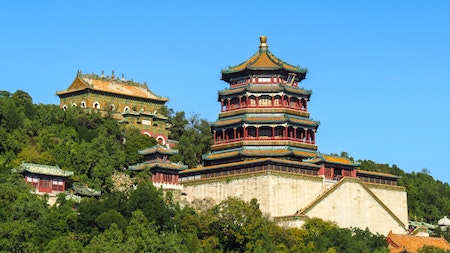 Following breakfast you’ll visit the Temple of Heaven and learn about its hidden symbolism. This is also the best time of day to witness locals doing Tai Qi, Kung Fu, meditation, gymnastics and water calligraphy – which you’ll have the chance to try yourself.

The afternoon takes you to the Summer Palace, one of the most important sites in Beijing. 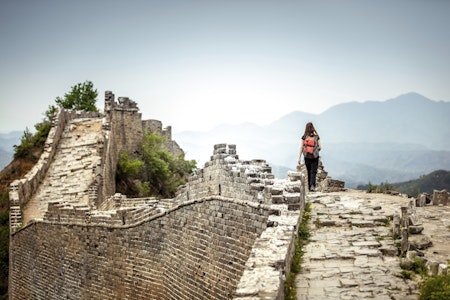 Today you’ll head to The Great Wall of China.

You’ll embark on a five-hour hike, retracing your steps back to the Qin Dynasty and taking in the superb scenery from the watch towers.

Lunch will be served at a local restaurant before you’re returned to your hotel. 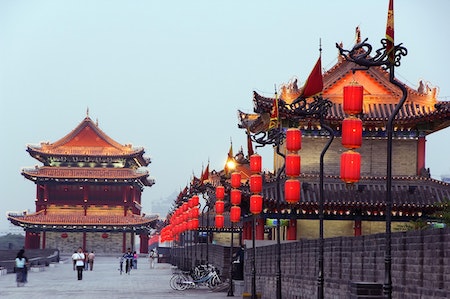 This morning you’ll be privately transferred to the station for your high-speed train to Xi’an.

Upon arrival to the Shaanxi Province, your local guide will escort you to your hotel.

Welcome to the place often considered where Chinese civilisation began. The capital of the Empire three times, Xi’an was an administrative site and hub of commerce, exporting silk and local products to other countries. During the Tang Dynasty (618-907 BC) the city became the most populated in the world. 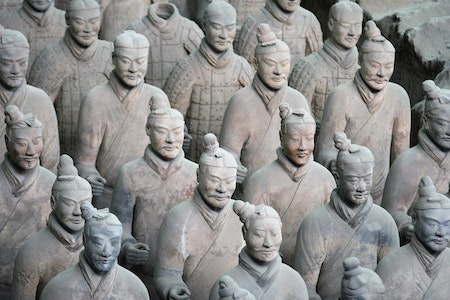 Today you’ll witness the famous Terracotta Warriors, only discovered in 1974 by accident by some local farmers.

One of the greatest archeological finds in history, it was Emperor Qin Shi Huangdi’s fear of spirits that led him to build a mausoleum of infantrymen, archers, and cavalry riders to protect him in the afterlife. Each of the Terracotta Warriors has a different face and statues are separated into three pits.

Afterwards, you can take an hour’s bike tour through Xi’an to see Xi’an ramparts built during the Ming Dynasty. 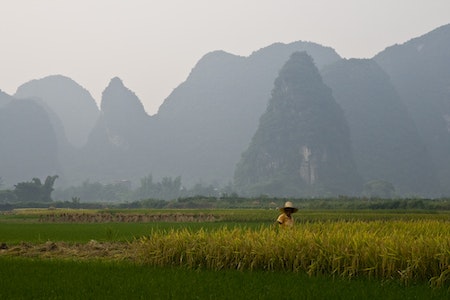 After breakfast you’ll be taken to your vintage jeep which will cruise you through back roads and fields towards Jade city.

Next, you’ll indulge a wine tasting at the beautiful winery of the world, Qingyun Ma.

Lunch will be served at a local restaurant, after which you’ll visit the Thousand Buddha temple which is rich history and - as the name implies - thousands of Buddhist sculptures. 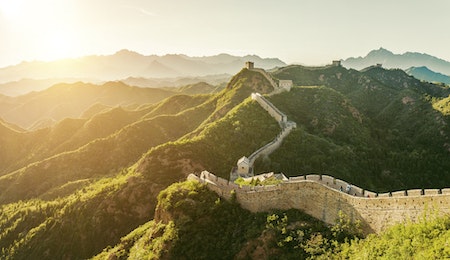 Today you’ll be escorted to the airport for your onward journey home. 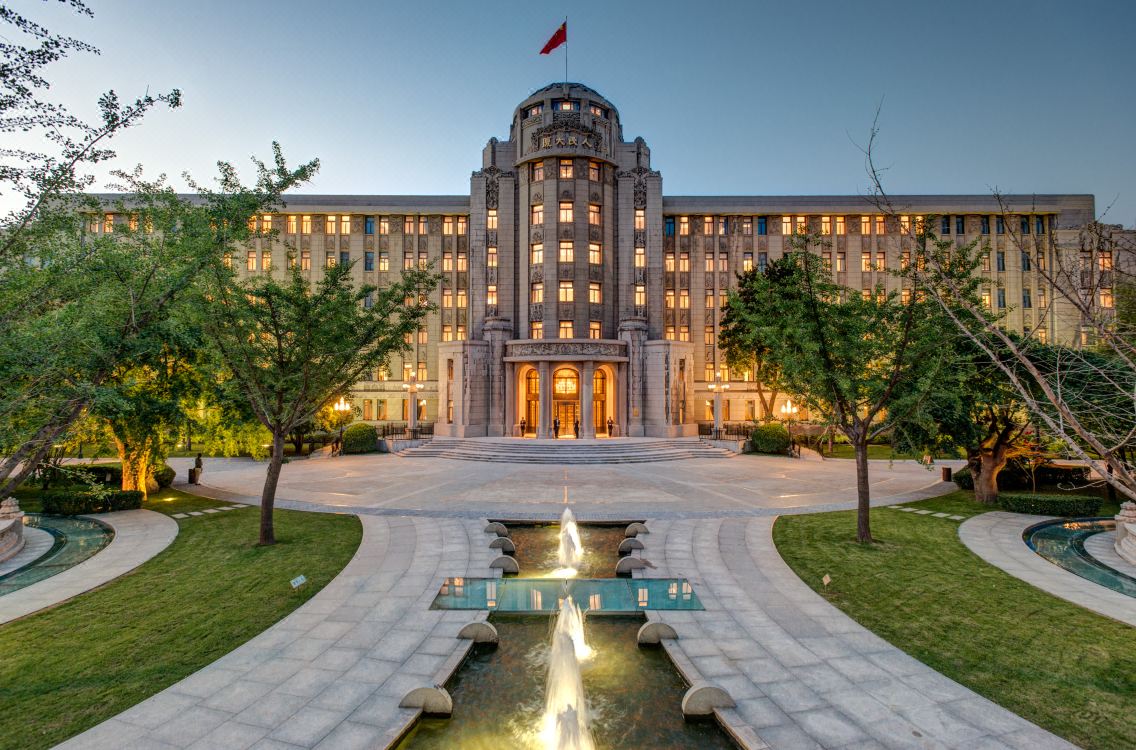 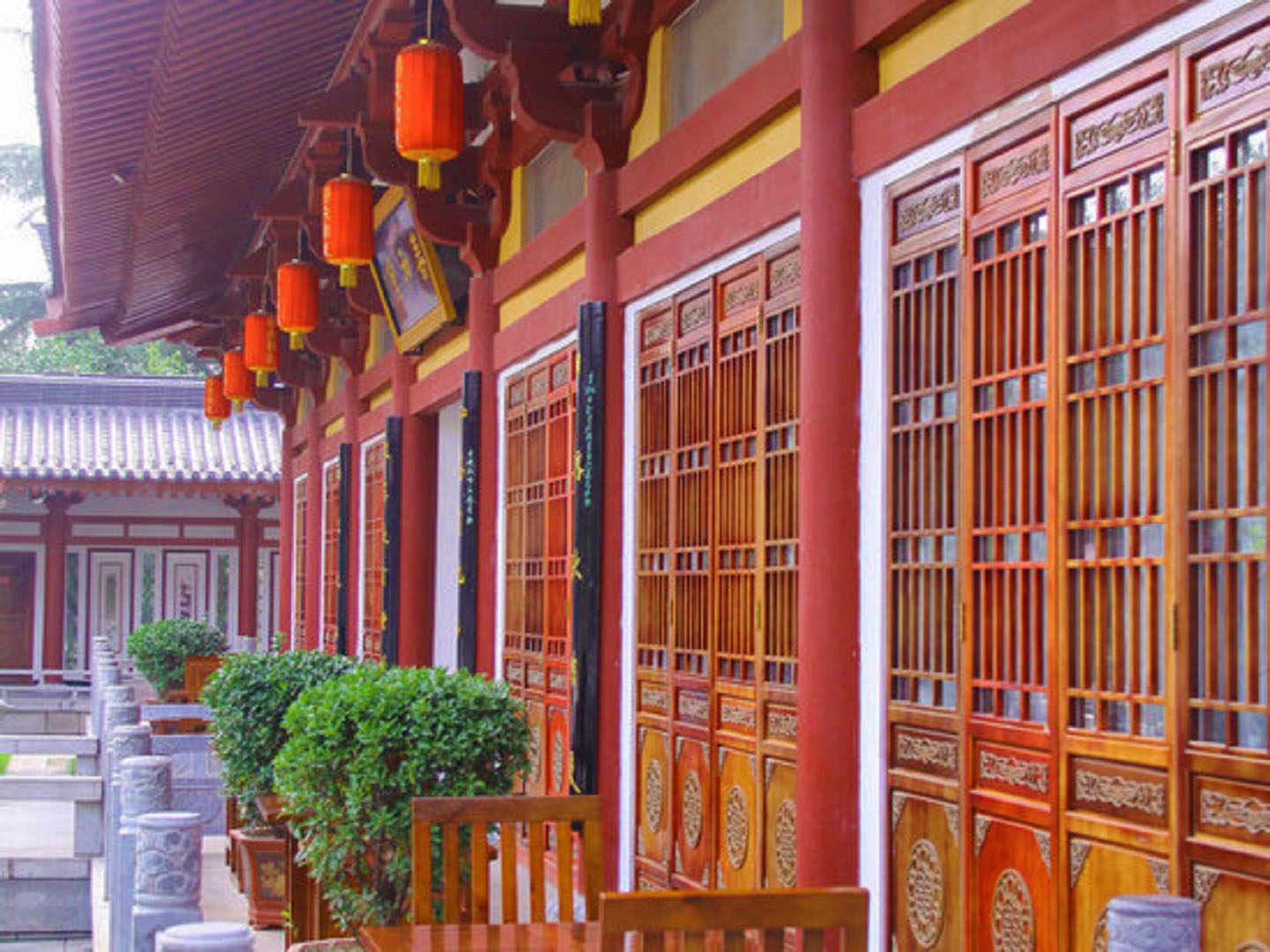 Asia
Country’s Info
Looking for something else?